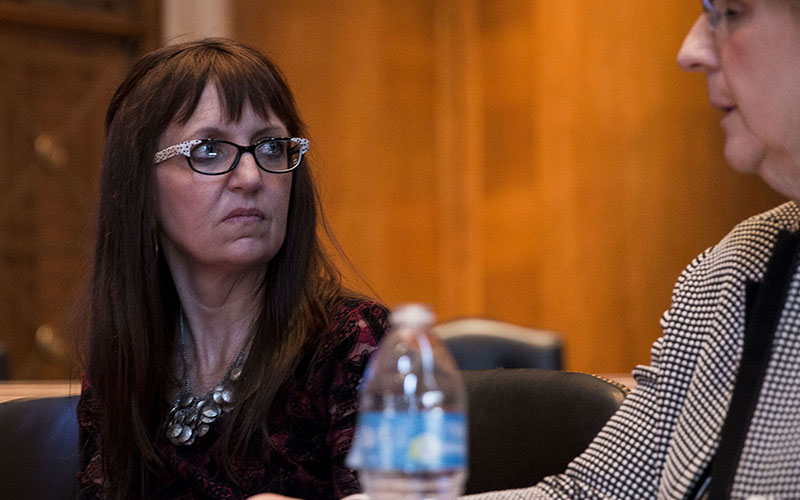 Kresta Horn, UMOM’s director of Children and Youth Services, said the effect of homelessness on children is part of the problem that people don’t talk about enough, but need to if the problem is going to be solved. (Photo by Danika Worthington/Cronkite News) 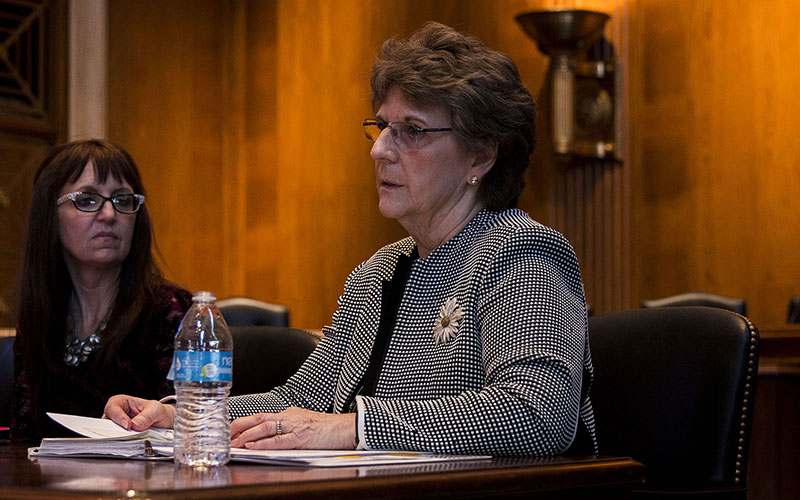 Linda Smith, a deputy assistant secretary of Health and Human Services, said homeless children are “really starting off behind” other children. “That’s just something that we can do better,” she said. (Photo by Danika Worthington/Cronkite News) 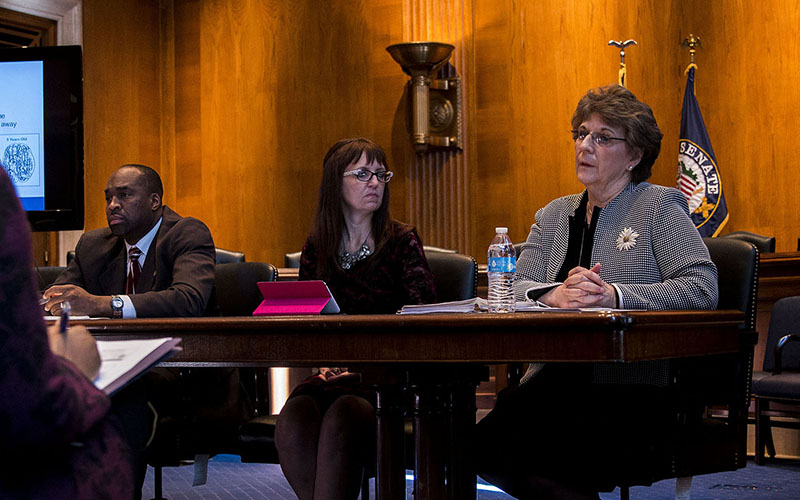 The Administration for Children and Families estimated that there were more than 1.2 million U.S. children under age 6 were homeless in 2013, of which an estimated at 31,934 children were in Arizona. (Photo by Danika Worthington/Cronkite News)

WASHINGTON – When she arrived at UMOM New Day Center with her three children in the car they briefly called home, Stephanie – a veteran suffering from depression and post-traumatic stress disorder – was under a lot of stress.

And it soon became evident to workers at the Phoenix shelter that the kids were suffering, too.

Like their mother, the infant twins and 8-year-old suffered from emotional stress and anxiety from their situation. The twins’ speech and motor skills were behind. They couldn’t attach to their teacher and would cry when their mom left.

That’s the part – the weight of homelessness on children – that people don’t talk about enough, said Kresta Horn, director of Children and Youth Services for UMOM. She was in Washington on Wednesday to raise awareness about that part of the issue to roughly 50 congressional staffers.

The panel, which included Health and Human Services Deputy Assistant Secretary Linda Smith and other homeless advocates, also talked about policies that work and the need to continue focusing on the problem.

“I’ve been around policy for quite a few years now, and it just takes a while,” Smith said after the panel.

“You have to build momentum and you have to educate the public and elevate the issue,” she said. “This is all part of that process of just getting people to pay attention to it, understand it, understand the scope and then have a conversation.”

The emotional and developmental effects of homelessness can be lasting on children and puts them at risk for lifelong challenges, including adult homelessness, the panel said.

“I’m sure any one of us sees most babies being read to and rocked and cuddled and all those things, and that’s not happening with these children because their families are in such stress,” Smith said. “If you miss those things with the child, then the child is really starting off behind and that’s just something that we can do better.”

More than 1.2 million U.S. children under age 6 were homeless in 2013, according to estimates from the Administration for Children and Families, which put the number in Arizona at 31,934 children that year.

Horn said UMOM serves 150 to 175 families a night. That translates into 454 kids currently, more than half of whom were 5 and younger. Families in emergency housing at UMOM can stay for 120 days, while extended housing there can last up to two years.

Homelessness is a layered issue, Horn said. There are multiple aspects that lead up to it, such as mental health, access to services, a lack of transportation or documentation, food insecurity, a lack of affordable child care “and on and on the layers pile.”

Early childhood issues needs to be at the forefront of the homelessness conversation, she said.

Even after a family finds housing, there may still be issues, Horn said. Child care services may not understand how to handle kids who have emotional stress and anxiety. The parents then get called from work to grab their kids, which could lead to them losing their job.

“Plus, then the parents also know what to expect,” she said. “They go into another Early Head Start and though they have different teachers and administrators, there is still the same higher level of quality.”

Barbara Duffield, an official with the National Association for the Education of Homeless Children and Youth, echoed Horn’s belief that it’s not enough to address housing alone when trying to end homelessness, also noting that a lack of youth care perpetuates the cycle of poverty.

“We need a two-generational approach to end homelessness,” she said, especially if children are “not to replace their parents in adult homelessness.”

Horn said Stephanie’s kids joined the shelter’s Head Start programs and have since developed emotionally and academically. She said Stephanie – sexually assaulted while serving and suffering from post-tramautic disorder and depression – is now in a 12-week employment program with Veteran Affairs and has a housing voucher.

“We are all functioning better together,” Stephanie said in a video showed by Horn. “When I got better, they got better.”