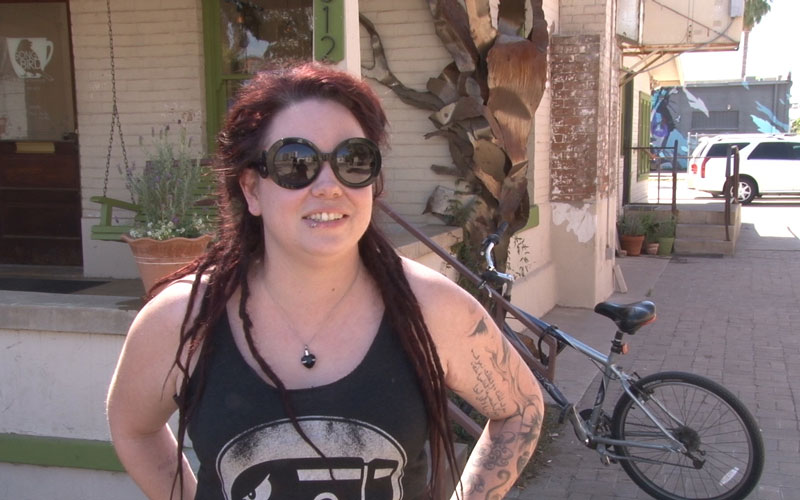 Hannah Bachinski, a manager at Songbird Coffee, said she has received a lot more complaints about parking since 180 meters were installed near Central Phoenix. (Photo by Johnny Soto/Cronkite News) 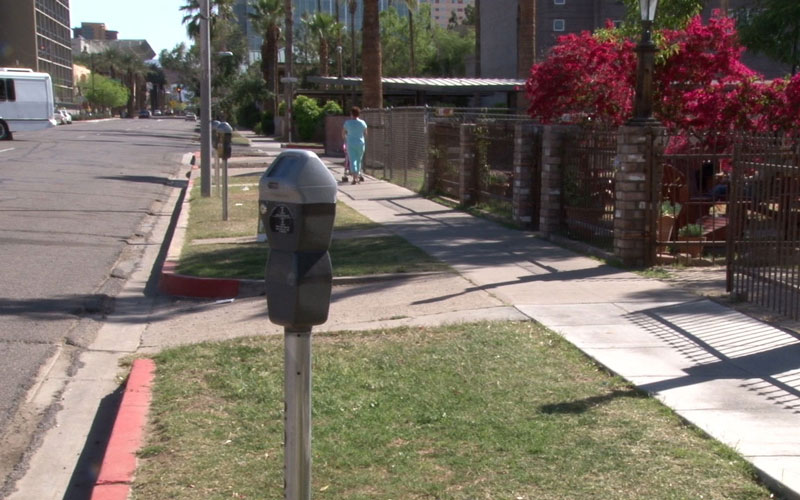 The 23-year-old said that he sometimes takes time out of his day looking for a spot without a parking meter. Paying for the meter during the work day can really add up, he said.

The Evans-Churchill Neighborhood Association, the Roosevelt Row Merchants Association and the city collaborated on the parking meters, Hernandez said. The meters were installed to make more parking spots available for shoppers by encouraging people to move their cars. And Hernandez did not rule out more parking meters later coming to downtown.

“When a patron is wishing to go to a restaurant, pulls up to a block and a car is parked there all day long and they don’t have a place to park, it affects the business,” Hernandez said.

But Hannah Bachinski, a manager at Songbird Coffee, said she has received a lot more complaints about parking since the meters were installed.

“It is not helpful for the businesses in the area,” Bachinski said. “Honestly, I think it is completely unnecessary.”

The meters were installed in less than a mile radius bordered by Fillmore Street, Portland Street, Central Avenue and 5th Street, according to a city news release.

Credit cards can be used with all of the new parking meters, Hernandez said. Up to two hours of parking is allowed on weekdays from 8 a.m. to 5 p.m. and up to four hours on weekdays from 5 p.m. to 10 p.m. and on weekends.

There are still more than 500 free street parking spots in the area, according to the news release. The city does not plan to install more meters soon but more meters’ may be in downtown visitors’ future.

Officials want to “strike a balance ” between metered and free parking, Hernandez said.