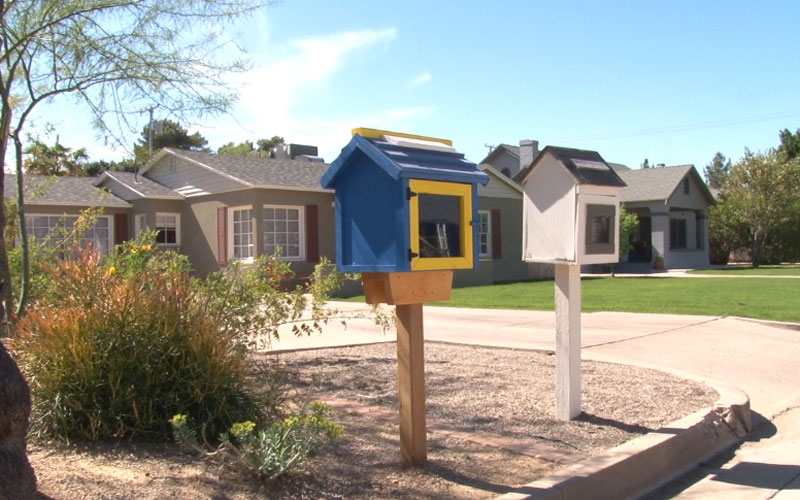 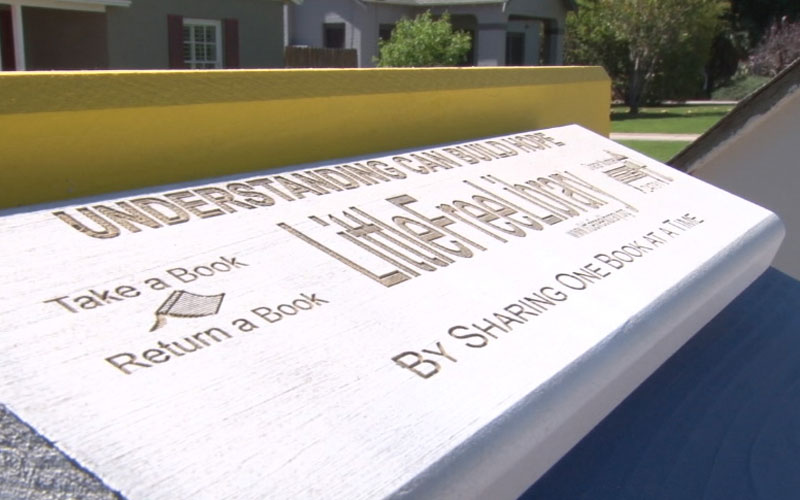 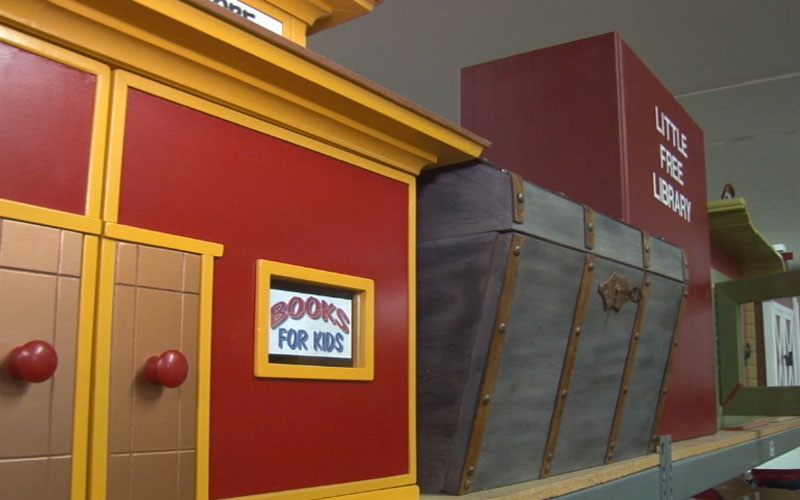 A few were displayed at the Southwest Human Development center. (Photo by Lauren Michaels/Cronkite News) 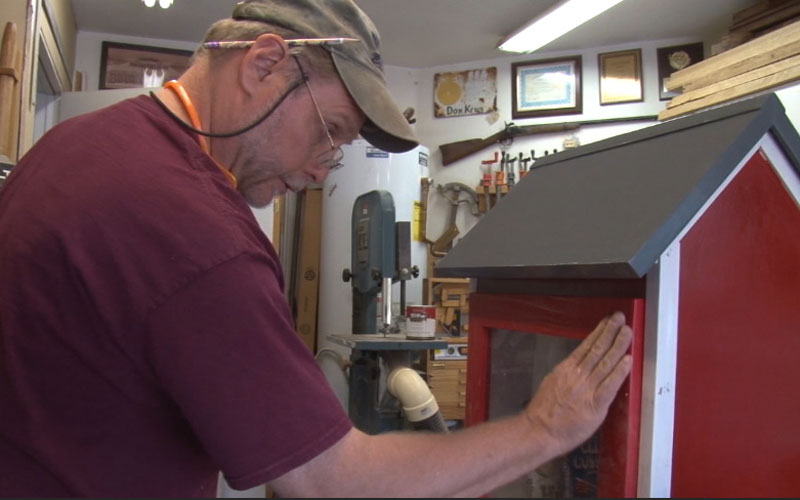 Local nonprofits and companies have become involved in a national effort to change those statistics. The Little Free Library movement encourages communities to build and install free-standing, outdoor boxes that provide a “take a book, return a book” free book exchange.

The Valley has about 30 such libraries from individuals who generally place them in their own neighborhoods. These libraries contain both children’s and adult books. But Southwest Human Development has promoted the effort to businesses and individuals to increase the number of these libraries – built specifically for children – they want to place in low-income communities.

Don Krug, a Phoenix teacher from Metro Tech High School built one of the libraries as part of the nonprofit’s efforts. To him, building one means so much more from his first-hand experience.

“The kids come into school and because they haven’t had the exposure to books and they haven’t been read to, they come in below where they should be at for comprehension,” Krug said.

Krug said this is his way of making a difference outside his classroom.

“As a teacher, you’re always trying to reach out,” he said. “This is an opportunity to reach out to a whole different group of kids, and I get to do it through my hobby.”

Krug learned about the project from Valley-based Woodworkers Source, where he buys his supplies.

This family owned business created a competition for customers. They offered store credit to those who created a library, and they asked the public to vote on the finished projects. The projects include one decorated to support the Phoenix Suns and the Arizona Diamondbacks and another that resembled a red barn.

Jake Adams, chief development officer for Southwest Human Development, said their goal is to build 100 Little Free Libraries by the end of the year. And they’ve partnered with companies to meet that goal.

“We actually have a little kit that these organizations use as a team-building opportunity and a way to give back,” Adams said.

The nonprofit has placed four libraries so far. They have an additional 40 waiting to go out, and they will analyze where the libraries will have the most impact. This will include neighborhoods, schools and community parks.

The Southwest Human Development stocks each library with children’s books for them to take one or return one. Adams said he also sees kids showing up in kindergarten unprepared to learn because they do not have basic early literacy skills.

Southwest Human Development also encourages individuals to purchase and build libraries. Consumers pay $500 for the library and buy the materials, and the nonprofit provides assistance and a plaque.