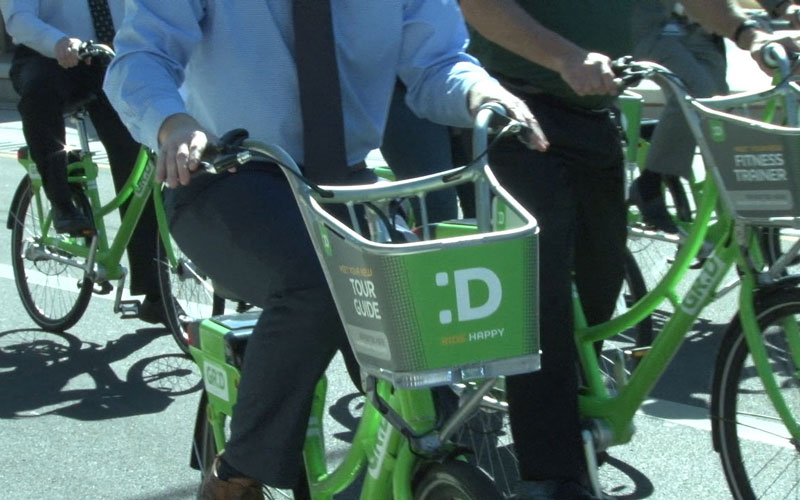 Mesa employees gathered for a bike ride in honor of the Grid public-use program expanding to the city. (Photo by Elena Mendoza/Cronkite News) 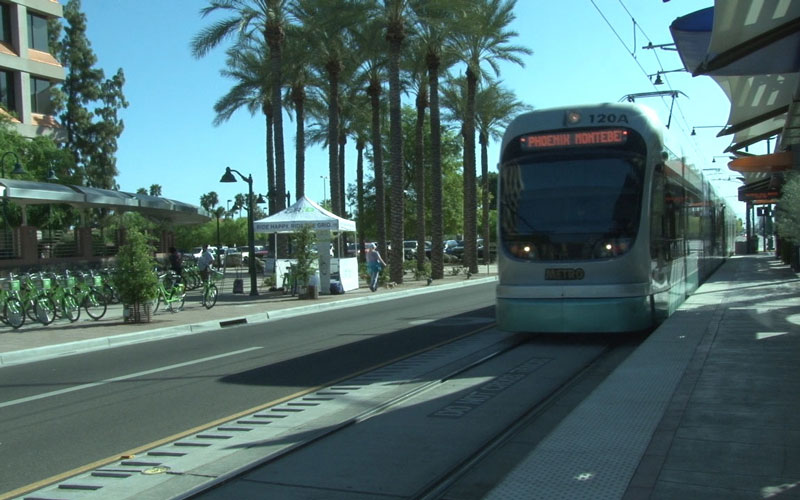 Grid now offers 100 bikes at 12 hubs close to or along the Mesa light rail.
(Photo by Elena Mendoza/Cronkite News) 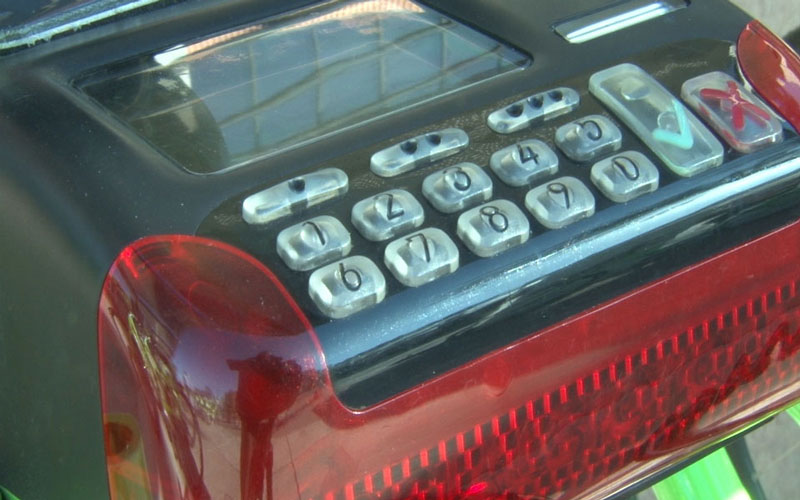 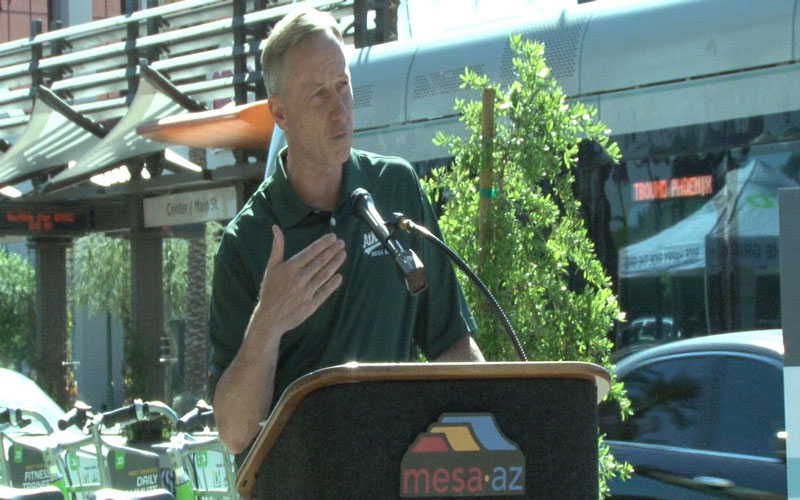 The expansion of the public-use program to the East Valley brings 100 bikes to 12 locations near or along light rail in downtown Mesa.

“The bike share system is designed as an extension of public transportation, an amenity to this community, a last-mile option,” said John Romero, CEO of CycleHop, which operates Grid, the program in Arizona.

The environmentally friendly bikes are equipped with solar lighting and an interactive GPS solar-powered panel to help riders easily navigate the city.

“I think this particular system is a great match for the geography of downtown Mesa,” Mayor John Giles said. “This is the way people are getting around in downtown areas now.”

Giles said the bikes will make the community “much more connected.”

The public-use system will also help residents or tourists see a side of the town that cannot be seen from a car.

“It was fun to see the local area because normally you don’t drive down some of those streets,” Emily Greco, a Mesa employee who rode the Grid bikes during the launch in mid-March, said.

Riders can rent the bikes with a 4-digit PIN through the Social Bicycles app or online at gridbikes.com, with rates starting at $7 an hour.