Should 16-year-olds vote in Arizona elections? 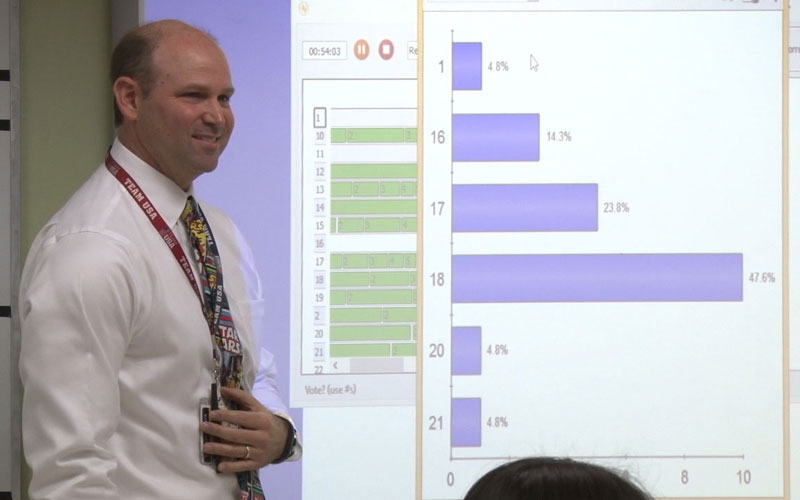 Barrett Nitschke shows his senior class their voting results after each student entered their vote. (Photo by Amber Kahwaji/Cronkite News) 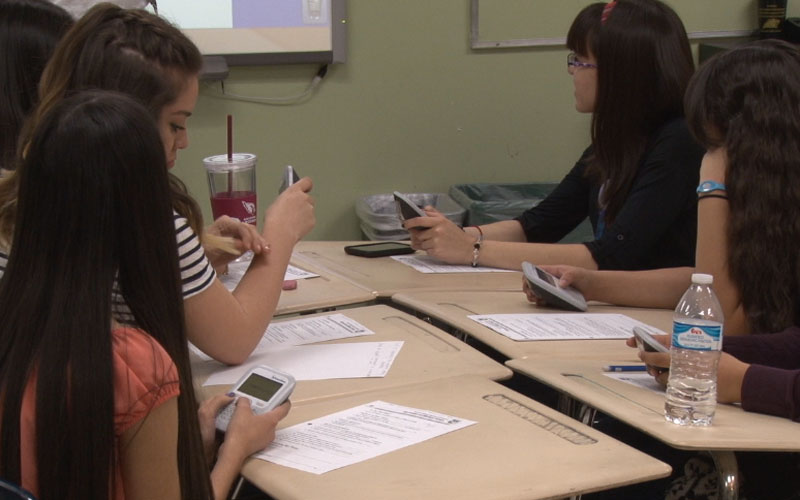 An amendment to Arizona’s state constitution could allow 16-year-olds to vote in state elections. (Photo by Amber Kahwaji/Cronkite News)

A proposed amendment to Arizona’s state constitution could allow 16-year-olds to cast their vote in state elections.

Those who support lowering the voting age from 18 hope it will increase interest in election and lead to a greater turnout of young voters.

People 18- to 29-years-old have consistently remained the lowest age group for voter turnout, according to the Elect Project.

HCR 2046, proposed in the Arizona Legislature by Democratic Rep. Juan Mendez and other legislators, is supported by educator Barrett Nitschke. He teaches American government at Maryvale High School.

Nitschke said not giving 16-year-olds the right to vote is a double standard because 16-year-olds are allowed to work and pay taxes. In Arizona, they also can get a driver’s license, get married with parental consent and be tried as an adult if they commit a violent crime.

“Sixteen and 17-year-olds pay about nine billion dollars in taxes every year, but they don’t have a vote,” Nitschke said. “The whole country was based on ‘no taxation without representation,’ so why not them too?”

Darby Johnson, a 17-year-old junior who attends another Phoenix school, said she would exercise her right to vote if the age is lowered.

“If our government of the state thinks my age group is capable, then I would definitely help and be responsible for what decisions need to be made,” Johnson said.

Two cities have already lowered the voting age. In Maryland, Takoma Park and Hyattsville allow 16-years-olds to vote in city elections, according to Vote16USA.

Evan Bolick, a Phoenix attorney, said the system to amend the Arizona constitution is relatively easy.

In the little more than 100 years Arizona has been a state, there have been 150 constitutional amendments, he said.

This isn’t the first time legislators have attempted to lower Arizona’s voting age. A move in 2008 failed, according to Cronkite News.

Nitschke said the voices of a younger generation should not go to waste.