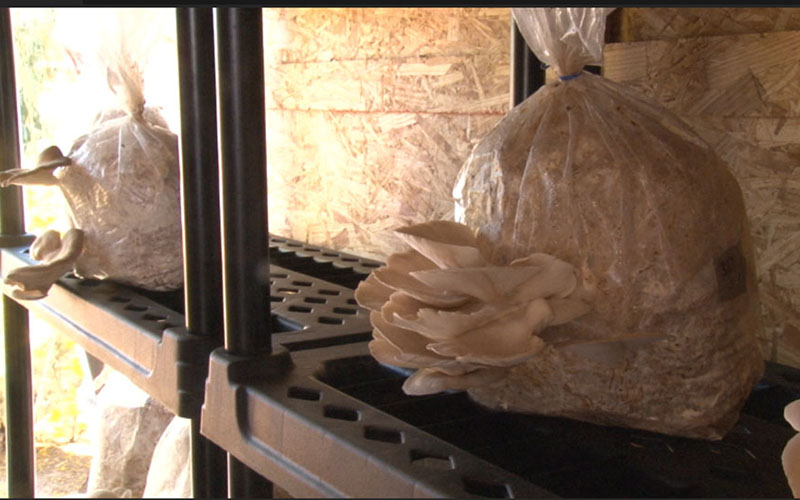 Barry Pryor, a professor at the University of Arizona, is traveling the state to teach potential business owners that mushroom farming is a smart investment. (Photo by Kendall Bartley/ Cronkite News)

Mushrooms could be magical in Arizona, with agricultural officials putting money toward the growing mushroom farming industry.

Most mushrooms in grocery stores come from out of state but there’s a potential $10 million in business being left on the table, according to Barry Pryor, who is traveling the state teaching potential small business owners what it takes to farm mushrooms in the state.

“Mushroom production in Arizona is almost non-existent. There are a few small growers and producers scattered around the state and they market their mushrooms at small scale to restaurants and farmers markets,” Pryor said.

That means some are missing out on a smart investment, Pryor said.

Mushrooms are a burgeoning business throughout the U.S., said Pryor, a professor at the University of Arizona. The Arizona Department of Agriculture finances his teachings with a $37,000 grant.

On a recent day in Phoenix, about two dozen people who wanted to learn more about mushrooms watched as Pryor opened the door to his truck. As steam poured out, people stepped into the truck to look at mushroom plants and cultivation equipment.

Francine Rockey, who attended the session, said she was drawn there partly by frustration.

“We were looking for locally sourced mushrooms. My husband and I went to a variety of stores and we couldn’t find any mushrooms that were grown here in Arizona, and that was really important to us, Rockey said.

The couple are in the start-up phase of a different crop but think mushrooms would be a perfect crop for the winter.

“We are in the beginning stages of starting a flower farm and that’s really exciting for our family,” Rockey said. “And we thought mushrooms might be a really good addition for our farm.”

She felt reassured mushroom farming would be a smart business move after taking the class.

Clinton White, who grows mushrooms out of his Phoenix kitchen and backyard, said he makes a living selling to local restaurants and farmer’s markets. He said the mushroom market can be lucrative.

“I see it exploding here in the near future,” White said.