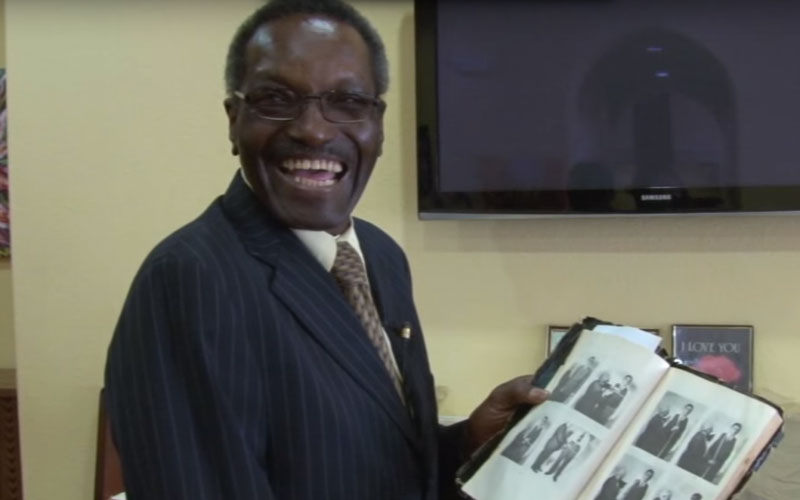 H. Shytel Glover show one his textbooks from his days in the High School of Fashion Industries in the early 1960’s. (Photo by Elena Mendoza/Cronkite News) 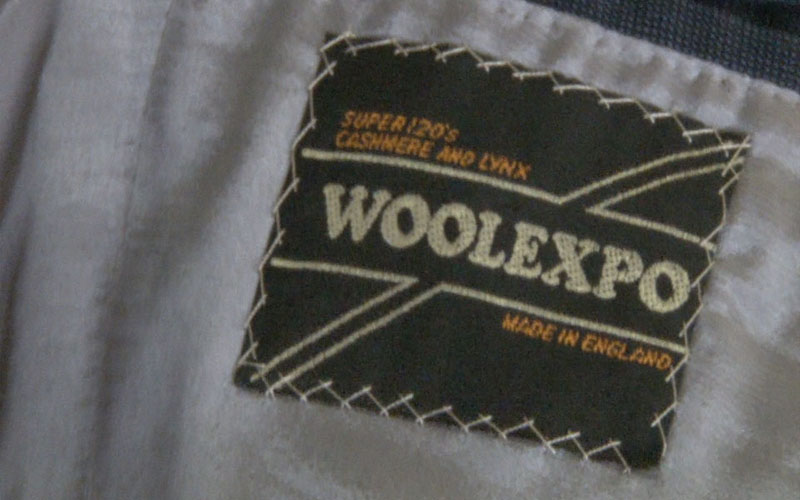 H. Shytel Glover hand-stitched a suit out of luxurious materials, winning the Fashion Award of Merit in 1985. (Photo by Elena Mendoza/Cronkite News)

In the 1960s, when there were few African-American men in fashion, he fought his way to a pinnacle of the fashion world.

His journey started years ago, thousands of miles from Arizona.

Glover grew up in Harlem, New York, surrounded by people of different skin colors who shared his approach to life. How others might perceive he and his friends puzzled them.

“They said, ‘Oh, those poor black people in Harlem.’ And we all looked at each other like, ‘Who are they talking about?’ because we didn’t grow up with that mindset.”

He was a curious kid, one who wondered how things worked.

From that moment he wanted to be a scientist.

But when it came time to choose a career, his parents steered him in a different direction.

To make his parents happy, he took the entry test for the High School of Fashion Industries in New York City and passed. He also passed the entry test to study science at another high school, but his parents didn’t allow him to go.

“I’m grateful,” Glover says about his parents’ decision. “Because I got them back. I became a scientist anyway, with what I do with clothes.” Glover discovered he had a natural talent for designing and sewing clothes.

After graduating, while still in New York, he quickly garnered a clientele. Some of his first major customers were Broadway producer Alan Lerner and the Ed Sullivan Show.

Glover said he didn’t know who they were at the time or how to price the clothes.

“I didn’t know I held such a high position as a kid,” Glover said. “It was only years later I realized I’m making clothes for Broadway producers and millionaires.”

However, as an African-American man in the 1960’s, Glover said it wasn’t always easy for some to accept his craftsmanship success.

Glover says many people underestimated him early in his career and some outright told him tailoring was “a white man’s job.”

“It was like an insult, OK. But it got to the point where it became a challenge…and then it became a game.”

The game changer came after he moved to Arizona in about 1980, according to The Arizona Republic.

In 1985, Glover competed with 40 others for the Fashion Award of Merit, given by the Custom Tailors and Designers Association to the person who built a men’s suit to their exacting standards.

To stand out, Glover chose a fabric of cashmere and lynx, costing $200 a yard, and hand-stitched the suit with silk thread.

He said the suit was worth $20,000 and was the only entry entirely created without the help of a machine.

Glover recalls the reaction from the crowd when he walked out on stage to model the suit at the association’s March convention.

He took home the award that night.

“It was one of the greatest feelings I think I could ever get,” Glover said.

“They had to recognize that he was the last, one of the few…people at the time who knew how to craft at that level,” said Andrew Shee, a longtime friend of Glover.

The award elevated him to the coveted status of master tailor.

Glover retired from tailoring in 1998, at ease knowing there are other African Americans in the profession.

He now spends his time teaching and empowering people to see their own worth through the power of fashion.

“I do tailoring of the mind now,” said Glover, who wrote a book in 2003,The Original Black Book of Successful Dressing for Men, that is available on Amazon.

Shee credits Glover with showing him the connection between fashion and self-esteem, between being well dressed and being well considered by others.

Shee said Glover taught him “There is nothing like the refined feeling you get from wearing properly designed, custom-made clothes.”

Glover said the struggles have been worth it and wants people to know they can overcome adversity.