In one Virginia city, a different kind of presidential debate 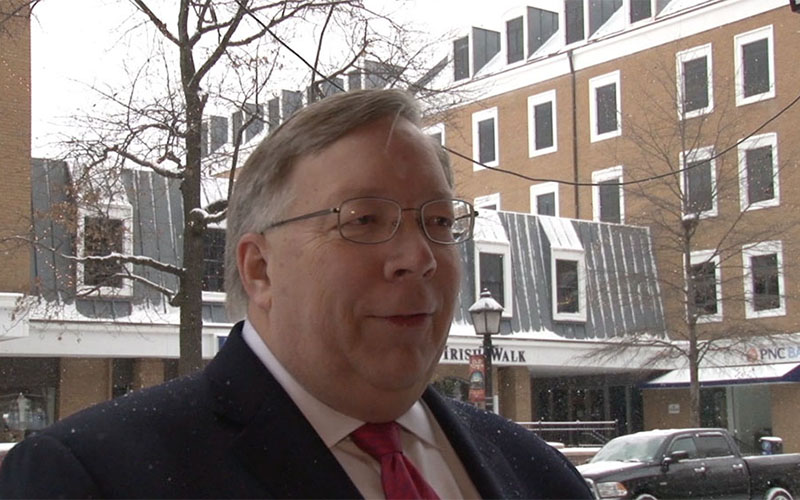 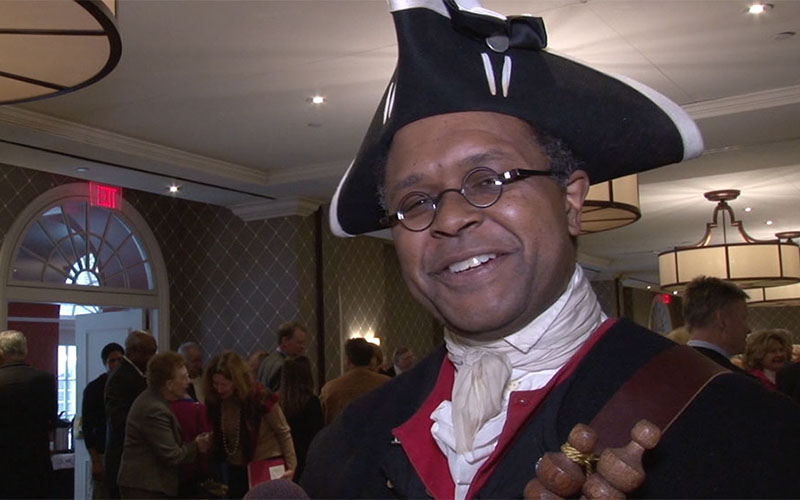 Benjamin Fiore-Walker is the city of Alexandria, Virginia, official town crier. He said the first president “was an Alexandrian, so it’s George Washington’s birthday” in the town. (Photo by Samantha Witherwax/Cronkite News)

ALEXANDRIA, Va. – Forget what all the sale ads say: When Congress voted 48 years ago to set a federal holiday on the third Monday of February, it rejected the name Presidents Day and stuck with Washington’s Birthday.

“There is no such thing as Presidents Day, absolutely not,” said Joe Shumard, chairman of the city of Alexandria’s George Washington Birthday Celebration Committee, which has been held here off and on since 1800.

While in most of the country the third Monday in February is known as Presidents Day, in this colonial-era city across the river from the nation’s capital, it’s still George Washington’s Birthday. And don’t try to tell them otherwise.

A previous video version of this story misspelled the name of the chairman of the George Washington Birthday Celebration Committee. Joe Shumard’s name is correct in this version and the video here has been corrected.

“He’s our native son, he lived just down the road in Mount Vernon,” said Benjamin Fiore-Walker, the official town crier for Alexandria. “He’s an Alexandrian, so it’s George Washington’s birthday.”

Fiore-Walker was speaking at the annual Friendship Breakfast that kicks off the day of birthday celebrations, that includes a parade and a military observance to Revolutionary War soldiers. The observance and the parade were canceled this year by a snowstorm that swept through the area, but it didn’t dampen spirits.

“Let it be known, that we are gathered here today at last,” Fiore-Walker cried out to the breakfast in his town crier role.

He is also proud of the name of the holiday – even though he said his wife tells him he’s fighting an uphill battle against the Presidents Day name.

“The holiday, which was actually not approved by Congress until the mid-19th century is George Washington’s day, that’s what it’s called,” Shumard said. “So there is no such thing as Presidents Day.

At Washington’s home of Mount Vernon, they make a concession to the modern, with events scheduled for Presidents Day – scrubbed this year because of the same snowstorm that hit Alexandria. But they also have events planned for Monday, Feb. 22, Washington’s actual birthday – his 284th.

But in Alexandria this Monday, there was still birthday celebration work to be done by the town crier.

“Welcome to Alexandria, this is our February,” Fiore-Walker said, pointing to the snow falling outside the window. “I’ve got to go welcome the crowd now.”