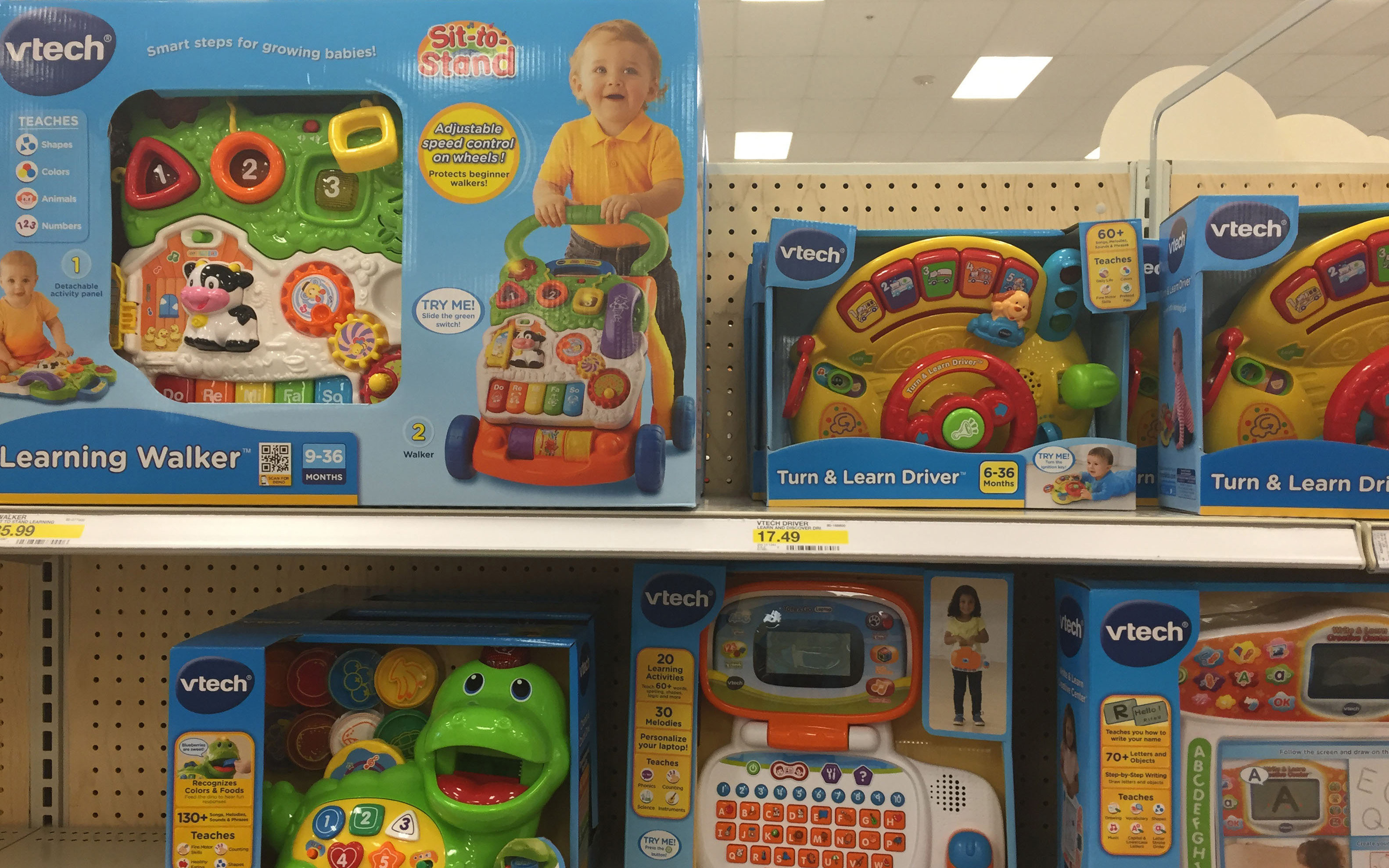 The study, which was published in the Journal of the American Medical Association in December, looked into how electronic toys affected verbal interaction between infants 10 to 16 months old and their parents.

On average, the electronic toys generated fewer adult words by the children, fewer conversational turns and fewer parental responses than play with books and traditional toys.

Sosa works as the associate professor in communication sciences and disorders and director of the university’s child speech and language lab. Because of her expertise, Sosa said she began her research on electronic learning toys three years ago after a couple families asked her whether or not they should buy some of these toys to help their children learn language and interaction.

Toys such as baby laptops and baby cell phones cost about $13 to $25 and claim to promote language learning for children. One description of a LeapFrog toy claims to help children “learn conversational skills such as saying ‘hello, how are you, nice to talk to you and goodbye.'”

Sosa recorded play sessions with 26 families in their homes over three days and found that infants vocalized much less when using electronic toys advertised to promote language than when playing with traditional toys such as building blocks or reading books.

She told the families to behave as normal at home, but the researchers fit the child with an audio recording device. The device recorded parent-infant communication with the three toy sets – electronic toys, traditional toys and books – for 15 minutes each. Each family engaged in two 15-minute play sessions per toy set over the three days.

“We weren’t watching them,” Sosa said. “There were the usual distractions in the home. I thought that probably (the results) wouldn’t be as consistent.”

The most consistent difference came between electronic toys and books with the greater amount of verbal interaction coming during play with books.

Sosa wasn’t necessarily thrown off by the content of her results, but by the overarching consistency of those numbers.

Other researchers have had similar findings.

In a 2006 study by the University of Stirling in Scotland, researchers found electronic toys marketed for educational benefits revealed the toys actually did not provide any obvious benefits to children, according to The New Atlantis.

“For most people, it’s absolutely no surprise,” Sosa said.

The popularity of electronic learning toys hasn’t exactly correlated with the rest of the technologically-inclined culture. According to The NPD Group Inc.’s Retail Tracking Service, youth electronics sales jumped 9 percent from 2013 to 2014, but dropped 5 percent from 2014 to 2015.

In FamilyFun magazine’s Toy of the Year Awards list, six of the 10 toys listed in 2006 were electronic. Fast forward nearly a decade, and that same list had only one electronic toy.

“Screen-based toys and games are at their peak and have their perks, but this year’s winners provide offline laughs and memory-making, allowing kids to customize playtime in a more personal and meaningful way,” FamilyFun editor-in-chief Elizabeth Shaw said in a news release.
Sosa did not release the company names of the electronic toys she used in her study. Calls to LeapFrog, VTech and Fisher-Price – major manufacturers of these types of toys – did not respond to requests for comment.
When Flagstaff resident Dominique Bain, a participant in Sosa’s study, saw the results, it reinforced her beliefs.

“My initial reaction was, ‘I can’t wait to throw out all the stupid electronic toys my mother keeps buying and giving us,'” Bain said. “Since then, I’ve just become really aware of when I have them play electronic toys.”

Bain, who taught English in Taiwan for three years, added that while she and her husband are conservative when it comes to allowing their 3-year-old to play with electronic toys, the entertainment and distraction value of them can come in handy.

“If I need to chop up stuff for dinner or I need to go do something with the older child, that’s a really useful toy,” Bain said. “But I also notice if I’m on the floor playing with them or we’re doing anything where I’m interacting with the kids, the electronic toys are off and put away. And I think I’ve been doing that all along, but now I’m just very aware of what I’m doing.”

At the same time, using electronic toys as a distraction could also be seen as the root of the problem. When it comes to using tablets and electronic toys, Kristin Uhles of Phoenix keeps it simple for her two children.

Although her children spend much of the day at a day care, Uhles has one eye on the near future as her reason for exposing them to technology at a young age.

“We know once they get into kindergarten, that’s just going to be the norm,” Uhles said. “All the schools now have iPads as a learning center option. And then for the most part, it was easier for us to have all of our devices on the same operating system so that we can share all the same programs and apps.”

Sosa said she may want to revisit her study because of the plethora of new applications have become easier to operate since that time, and perhaps, the results of the experiment may change.

Several published studies instruct parents to limit screen time for children. Sosa said she has not received any pushback or criticism for her findings.

“The very few (studies) that are out there have found similar results, so that might explain why I’m not hearing from other researchers in the field saying negative comments and such because it’s pretty consistent so far in the results,” Sosa said.

Sosa said she would like to do another rendition of the study, but this time with a larger and more diverse group. The majority of her participants were educated, white families.

When Sosa was initially asked by families about purchasing electronic learning toys, her immediate reaction was to just tell them they didn’t need to spend the money. But now, she has the research to reinforce that belief.

“I think it helps parents just to think about (buying electronic toys) a little more,” Sosa said. “People are saying, ‘Oh, somebody heard about your study on the radio, and it caused them to think more about the kinds of toys they’re either going to buy for their grandchildren or for their nieces or nephews or for their own children.'”