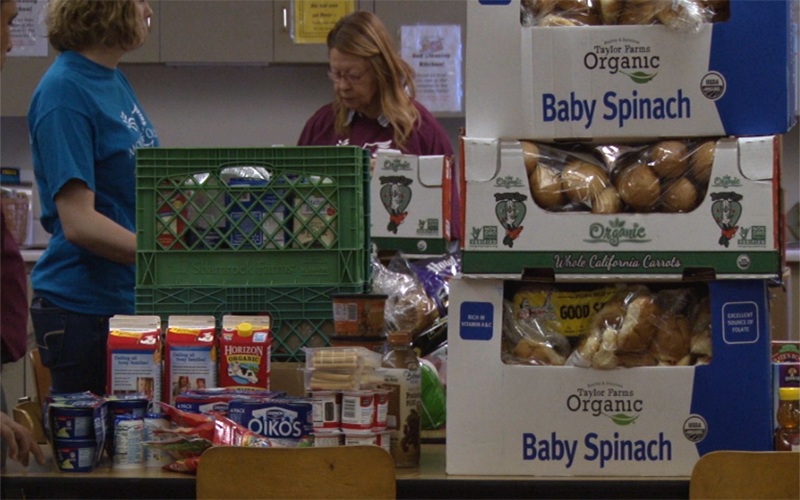 Perishable food piled high. This was donated from Waste Not to the Mount of Olives Evangelical Lutheran Church. (Photo by Amber Kahwaji/Cronkite News) 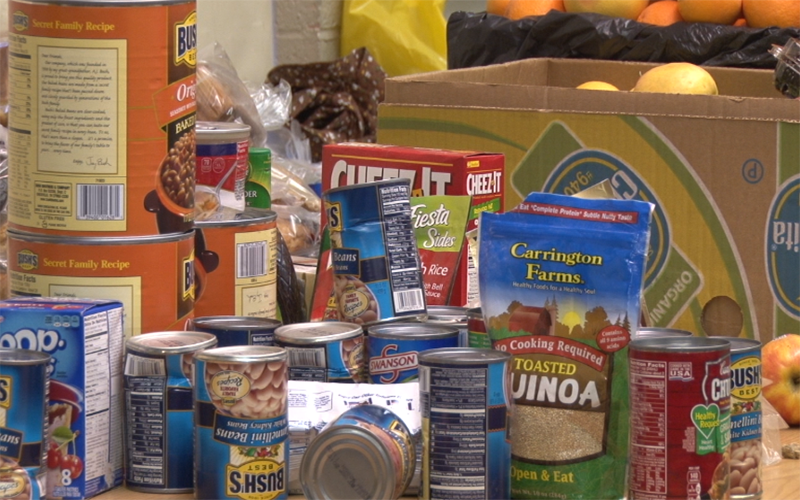 Food that was just dropped off at Mount of Olives Evangelical Lutheran Church by Waste Not. (Photo by Amber Kahwaji/Cronkite News) 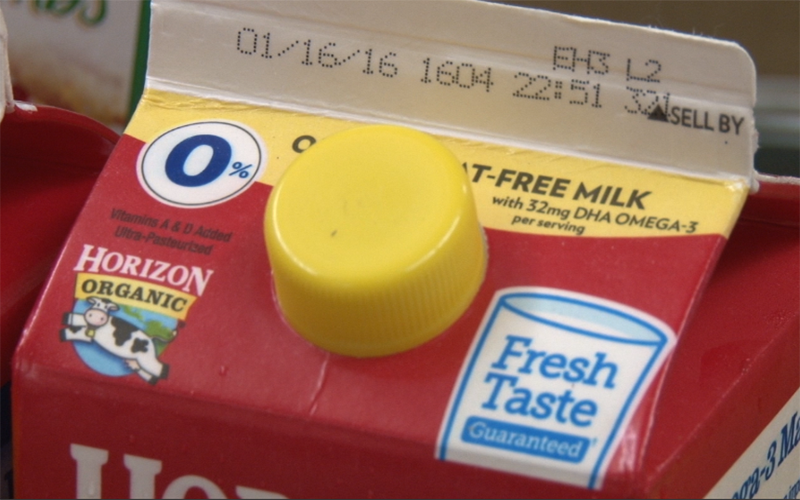 This milk carton is marked as expired but according to Waste Not’s philosophy, this date is more a suggestion. (Photo by Amber Kahwaji/Cronkite News) 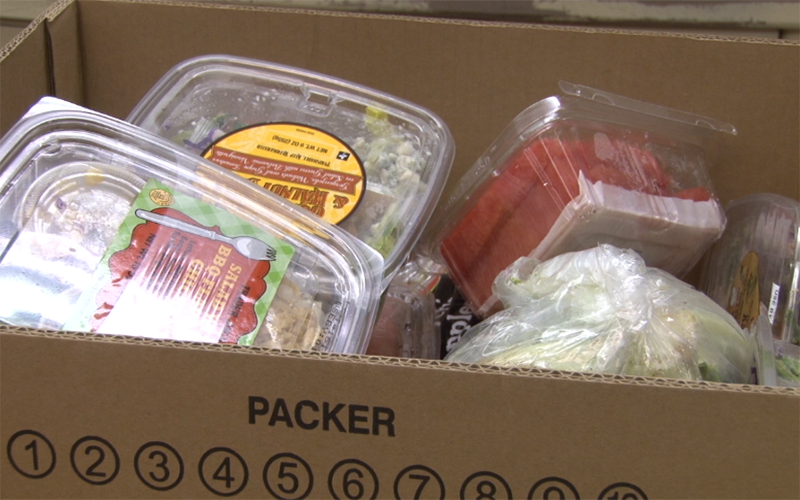 Packaged salads donated to the Mount of Olives Evangelical Lutheran Church by Waste Not. (Photo by Amber Kahwaji/Cronkite News)

The labels that are placed next to a date on food, are well known to shoppers as they wander the aisles of grocery stores buying milk and yogurt, fruit and vegetables, chicken and steaks. But confusion as to what the labels really mean are causing consumers to later toss their food in the trash, along with their money.

“I personally have even looked through my refrigerator and thrown things out because I don’t know if it’s still good,” said Arizona resident Christina Young as she shopped at a Phoenix farmer’s market. “I don’t want to take that chance of feeding something to my family that I don’t know whether or not it’s expired.”

Another farmer’s market shopper, Sirgun Khalsa, said “best if used by” is open to interpretation. Does it mean it’s still safe to eat after the date, or only that it tastes best if eaten by the date on the package? Hard to know, she says.

Federal law does not require labels on food, according to the USDA website, with the exception of baby formula. And neither the federal Food and Drug Administration nor the Arizona Department of Health require expiration dates such as “best by” or “use by” on most foods, according to a health department statement.

“Most food manufacturers put these dates on products for quality purposes and not food safety purposes,” the statement says. “That said, all food products are still required to be wholesome, safe, and unadulterated (regardless of date).”

Because the U.S. government rarely steps in, states decide whether foods have to be labeled. Some states, like Georgia, require labels on eggs, shellfish and sandwiches. Other states like New York require no labeling at all. Arizona only requires some form of an expiration date on eggs.

Manufacturers and grocers ultimately decide what food gets labeled and how the label reads.

“It’s a difficult thing because they are doing what they feel is education by putting those labels on the products,” said Dee Mitten, Executive Director of Waste Not, a non-profit service that picks up perishable foods from restaurants and other businesses and donates them to charities the same day.

The confusion adds to about $165 billion worth of food thrown away a year, according to the Natural Resource Defense Council. And that also means people who could eat the food go hungry, Mitten said.

“I think people need to become aware of the fact that 40 percent of the food produced in this country does go to waste,” Mitten said. “Only ten percent of it is recovered.”

That means tons of edible food ends up in landfills, about 133 billion pounds, making up the largest portion of solid waste in landfills and contributing heavily to methane emissions, according to the USDA.

Mitten, of Waste Not, said better labeling would help consumers understand the labels serve as guidelines, and not firm expiration dates.

“We need to know when the product will expire, so to speak. But sometimes it’s misleading if it suggests that it’s just good for a few days. I think perhaps more accurate dating of the product would be a big help,” Mitten said.

For consumers the best practice against food waste is to understand the printed label. Sites like EatBy.com help determine an appropriate time for freshness and safety for specific foods depending on things such as storage.

But many food buyers still practice ‘when in doubt, throw it out.’ Mitten says that’s where Waste Not comes in.

Using refrigerated trucks, Waste Not travels around the Valley picking up donated perishables from grocers, caterers and restaurants and other organizations. Once drivers complete their pick-up routes the food is delivered to a local church, charity or shelter the same day. The food is then distributed to individuals or families in need of a meal.

And there are moves by the federal government to reduce food waste. The USDA announced in September of last year they are working with the Environmental Protection Agency to cut the nation’s food waste in half by 2030.