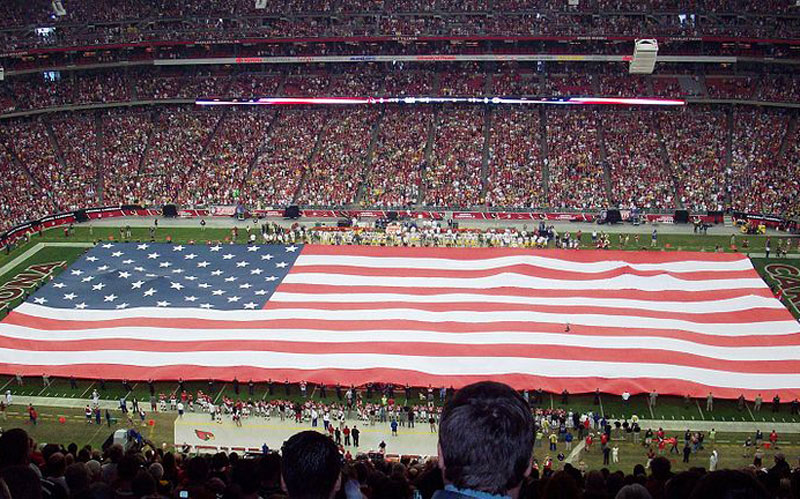 Is buying a home during a Cardinals game a good strategy? It seems to work in Seattle during Seahawks games. (Photo via Wikimedia Commons)

A shortage of homes on the market and multiple-offer situations have fueled buyers to create strategies to get ahead of the competition. One game plan ¬– the “Seahawks Strategy” – has worked for some Seattle homebuyers, and experts say the method could catch on in Arizona.

The strategy suggests buyers shop for a home during their home team’s Sunday football game to get the best deal because people will be watching the game instead of house hunting.

With the success and fan base of the Arizona Cardinals, could the “Seahawks Strategy” work for potential homebuyers here? Nick McCully, principal of Scottsdale-based Strong Tower Real Estate Group, thinks so.

“I think it’s just another tool in someone’s belt. So yeah, I think it could catch on,” he said. “Especially if you are a buyer, it might give you a competitive advantage or edge on buying that property.”

Homes in the Phoenix metro area were on the market an average of 73 days in October, according to a report by the Arizona Regional Multiple Listing Service.

But, that number is shrinking with more people buying and selling closer to listing price, McCully said.

“Most properties get multiple offers, and it’s getting to the point where it goes to the highest offer,” McCully said.

The median home price was $213,000 in October, up from last year’s price of $192,500, according to Arizona Regional Multiple Listing Service reports.

Seattle homebuyer Kellee Bradley, who looked at 40 homes over the course of eight months, said the “Seahawks Strategy” originated with her and her broker. After she was outbid by $50,000 on a home, her broker, Laura Horetski of John L. Scott Real Estate, suggested searching for a home on a Sunday during a Seahawks game, Bradley said.

“So while everyone was watching the game, a new listing came on the market, and they went out to the open house, and they were virtually the only people out looking because the whole city was involved with the Seahawks and watching the game,” said J. Lennox Scott, chairman and CEO of John L. Scott Real Estate.

Bradley said she put an offer on the home at noon with the stipulation the homeowners get back to her within 24 hours, Bradley said.

Although the sellers accepted Bradley’s offer, they had three backup offers, she said.

In addition to the “Seahawks Strategy,” there’s the “Playoff Effect” in which home sales activity goes down 20 percent during January and early February in Seattle, Scott said.

“So this is a phenomena when a sports team takes over the heart of a city, and it’s in play at this time,” Scott said. “It continues to be so in Seattle, and I know Arizona is starting to catch the fever as they head towards the playoffs.”

Arizona’s housing market doesn’t grapple with such a severe shortage in inventory as Seattle, but it does face an increase in demand and a jump in home prices that’s fueled by job growth, snowbirds and holiday visitors shopping for a home.

“You have technology and solar companies coming here. All these jobs that are coming here are driving prices up,” McCully said. “As bigger jobs come here, it’s critical to take advantage of every opportunity.”

McCully advises homebuyers to make sure they are pre-qualified and find a reputable lender to make the cleanest, most presentable offer to the seller.

Bradley advises buyers to look at homes that have been on the market for a while, make a list of deal breakers and be willing to compromise on things, especially if they want to avoid a multiple-offer situation.

And, of course, shop when no one else is shopping.

“Any time the game is on (in the middle of the afternoon), you are golden,” Bradley said.