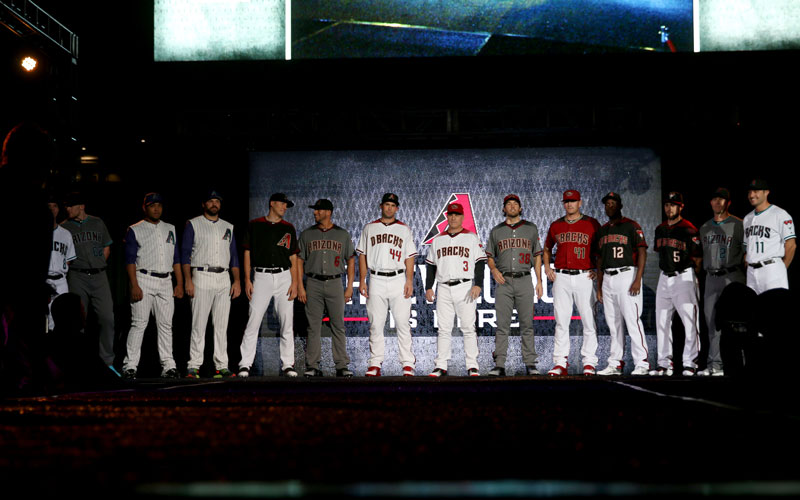 Diamondbacks players model their new uniforms on stage at Chase Field after the Dbacks unveiled their new look on Thursday, Dec. 3, 2015. (Photos by Evan Webeck) 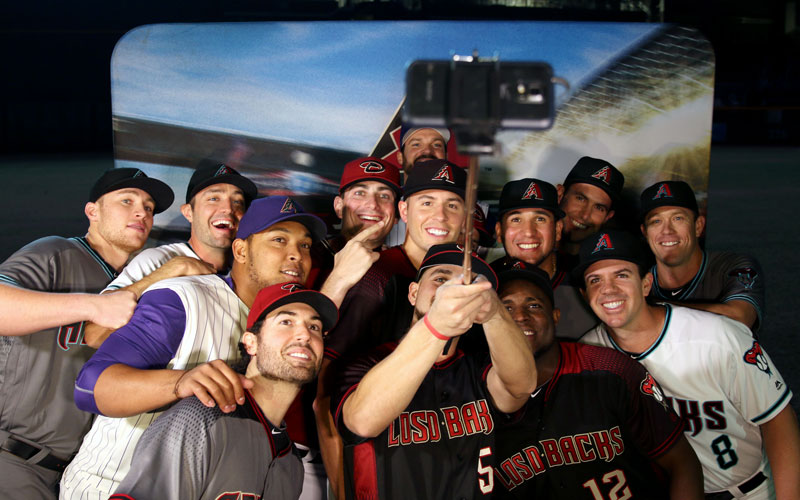 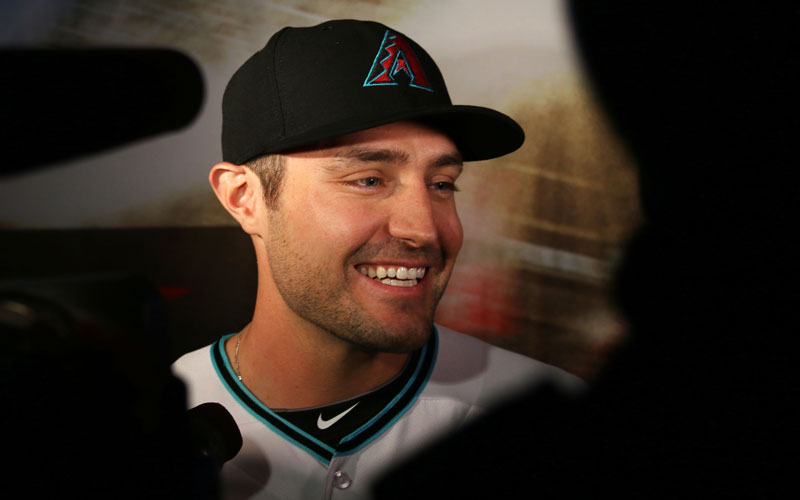 Diamondbacks centerfielder A.J. Pollock reacts to a question at Chase Field after the Dbacks unveiled their new uniforms on Thursday, Dec. 3, 2015. (Photos by Evan Webeck) 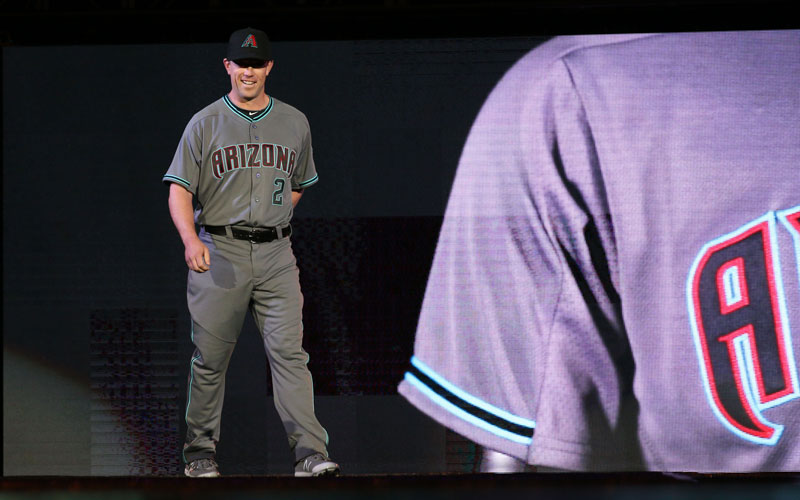 Diamondbacks infielder Aaron Hill models the new road uniform on the runway at Chase Field after the Dbacks unveiled their new look on Thursday, Dec. 3, 2015. (Photos by Evan Webeck) 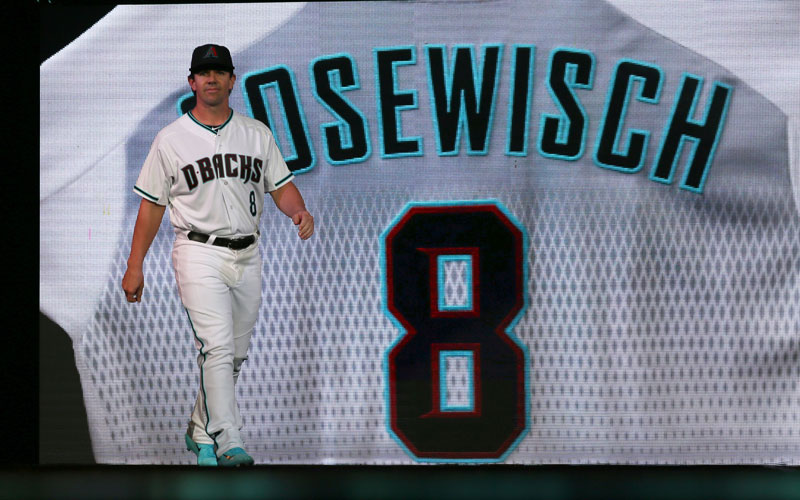 The new jerseys combine the two previous generations. The new primary jerseys feature a diamond pattern on the shoulders and pant legs. Meanwhile, the alternate jerseys are a return to the teal with a mix of Sedona red. Also returning are numbers on the jersey’s front and the classic snakehead, from the team’s original uniform, now mixed with Sedona red. In addition to the seven new options, the Diamondbacks will once again include their “throwback” purple-and-teal uniforms in the rotation.

Diamondbacks President and CEO Derrick Hall said the uniforms came from two years of cooperation between ownership and players along with New Era, Nike and Majestic.

“It’s bold, it’s new, it’s a direction and a step that a team like ours can take,” Hall said. “You are trying to appeal to all ages and all demographics, but in particular trying to tap into that younger audience, that youthful audience and make them D-backs fans for life.”

Teams in other sports, especially those in college football, are applauded for their unique uniforms and the various combinations. However, these designs have never been seen before on a Major League Baseball diamond.

A revolutionary design was important to Hall, in addition to developing a design that appealed to a younger demographic. This is consistent with the team’s youth on the field. The Diamondbacks had the fourth-youngest team in MLB last season, according to ESPN, with an average age of 26.2.

Hall said the players were a big part of the design process and were asked what they would like to wear and what they have seen younger fans wearing. Considering the team’s age, the thinking was that the players would know what is popular today among the younger generation of fans.

“I think it’s kind of groundbreaking for baseball and I think it’s going to be kind of fun,” Diamondbacks pitcher Daniel Hudson said. “I think there is going to be a lot of young people who really like these uniforms. I think they are going to fly off the shelves.”

Over 1,000 people attended the event, which included players wearing the purple-and-teal jerseys donned by the only World Series championship team in the franchise’s history.

“People and fans are always looking for something new and different,” 2001 World Series hero Luis Gonzalez said. “I think for us stepping out and doing something like this is going to be a hot seller and we hope that it is. We hope that it catches on amongst people all over the country.”

In a press release following the reveal, MLB Commissioner Rob Manfred commended the Diamondbacks for the team’s focus on younger fans and the new revolutionary design.

“We appreciate that the Arizona Diamondbacks prioritized this goal to redesign their uniforms, which aim to appeal to kids while staying true to the team’s identity,” Manfred said.

The Diamondbacks said the new uniforms are available now for purchase at the official team shop and on dbacks.com, while other stores will have the uniforms on their shelves later this month or in early 2016.