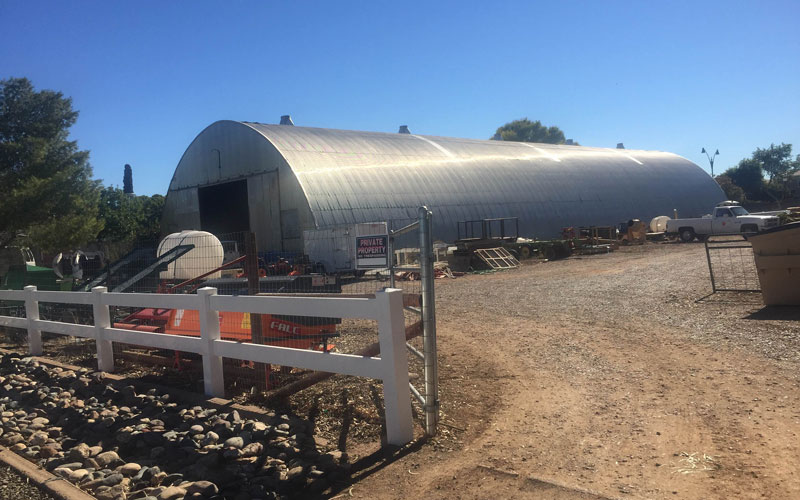 The Farm at Agritopia in Gilbert plans to sell turkeys to its local community again next year. (Photo by Jackie Padilla/Cronkite News)

The Farm at Agritopia raised turkeys to sell to the public. It took about seven months to raise them. (Photo by Jackie Padilla/Cronkite News)

This is the second year the farm raised turkeys to sell to the public.

Do you donate to charities during the holidays?

The birds roamed freely on organic pastures and received supplements with non- genetically modified organism food rations. GMO refers to food grown from seeds that are genetically engineered in a laboratory.

“What we’re trying to do is feed our community the most nutrient dense, healthy, organic food that we can,” Schultz said.

Schultz said unlike industrial turkeys, they did not give his poultry any fillers that could modify the size or taste of the birds.

Registered dietitian Claudia Thompson-Felty said factory turkeys are not hazardous to eat, but consumers should pay attention to labels for any usage of antibiotics or hormones.

The farm plans to sell turkey again next year but expect to pay a little more than you would at the grocery store.

Schultz said local, organic turkeys are worth the extra bucks because they have a tendency to be more tender and flavorful.

This year, all the turkeys were purchased within just one day of being on the market, making for a total of 21 sold, Schultz said.

Consumers interested in buying one for next Thanksgiving can check the farm’s social media posts for availability.