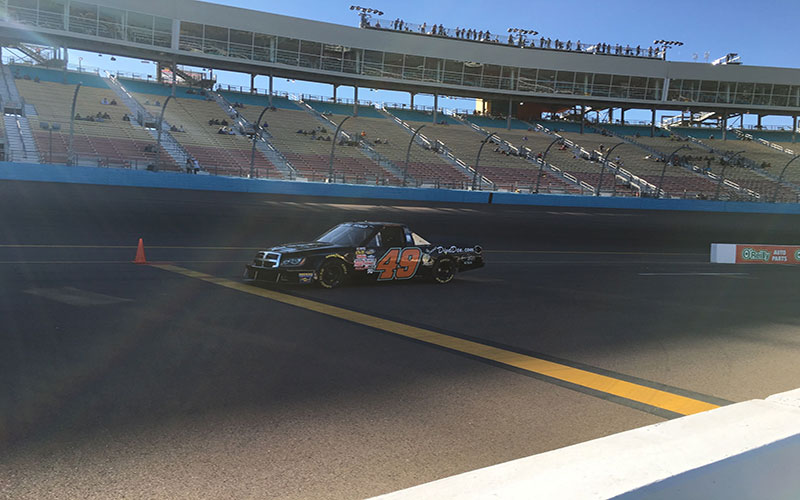 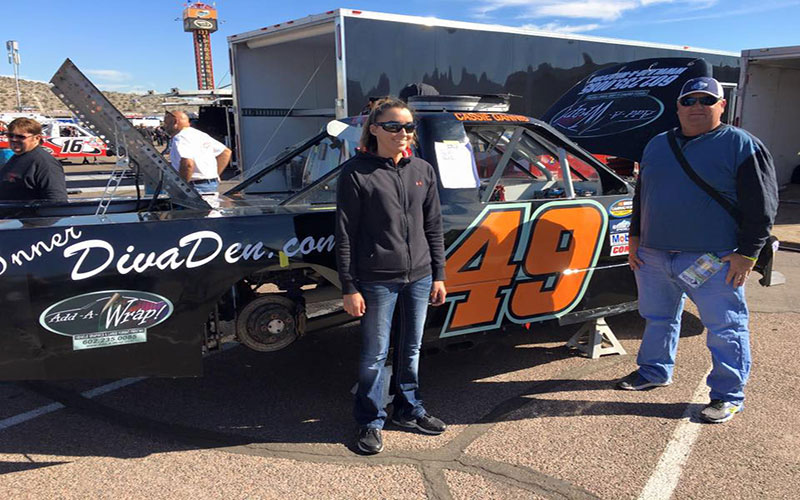 John would bring his cars home, where Cassie would climb into them, clean and work on them. Cassie, then 10, wanted to compete in auto racing. Realizing this, John stepped away from the wheel and focused on helping his daughter pursue her dreams.

Cassie has experienced significant growth in the sport since then, reaching the Camping World Truck Series, NASCAR’s third-highest level of racing. The sport has also helped her grow personally as well.

“Before I started racing I was a really quiet person. If you weren’t my family and I didn’t know you, I probably wouldn’t talk to you,” said Gannis, who who failed to qualify in her series debut Friday at Phoenix International Raceway. “So now being in racing, I’ve grown out of that shell and basically talk to anybody.”

Gannis, who lives in Ahwatukee, graduated from Desert Vista High School in 2009.

Her sister Alexis said not many kids in Ahwatukee were interested in racing when Cassie was growing up. She had few people to relate to, let alone approach.

“She was very shy, so I feel like she couldn’t come out of her shell quite yet,” Alexis said. “She didn’t really feel comfortable making conversation with people first.”

Now, Gannis is in front of a camera for everything from interviews to being captured racing nearly every time she is at the track. She engages with her fans via social media. She has more than 4,900 followers on Twitter and responds to most of the tweets directed at her.

“At first she wasn’t the best interview,” Alexis said. “But eventually she started opening up, she became very good at it.”

Cassie Gannis has been licensed to compete in the Truck Series for a year. But John Gannis said Friday’s race at his daughter’s home track was the best time for her first appearance.

The 24-year-old drove in NASCAR’s K&N Pro Series West division, earning Most Popular Driver of the Year in 2012. But the Truck Series presents a new challenge for Gannis, who had no experience at that level prior to a Thursday practice.

“I’m really excited about competing in the Truck Series because this is one step closer to making my dream become a reality,” Gannis said before Friday’s qualifier. “I’ve wanted to become a professional race car driver ever since I was about 15 years old. It’s been a while, and for me to race in the Truck Series, you’re racing with people that you’ve seen race when you were younger and it’s a really neat opportunity.”

Gannis said reaching this point in her racing career took longer than she expected, mainly because of money.

“It’s taken a little longer just because I don’t have the funding to do so,” Gannis said. “And racing is a really expensive sport.”

John Gannis said he didn’t expect Cassie to be this close to her first Truck Series race at 24.

“Not in a million years,” he said.

Away from the track, Gannis works as a veterinary technician in Ahwatukee. Outside of work, she tends to her mixed Labrador Enzo, named after Enzo the dog from the book “The Art of Racing in the Rain.” The character shares its name with the late automobile legend Enzo Ferrari.

Cassie said she yearns to compete full-time in the Truck Series as soon as next year. Until then, her week at Phoenix International Raceway was her first step toward that goal.

“Now she’s racing with the big professionals that do this week after week,” her dad said. “And this is what she wants to do, so she’s going to learn from the best.”