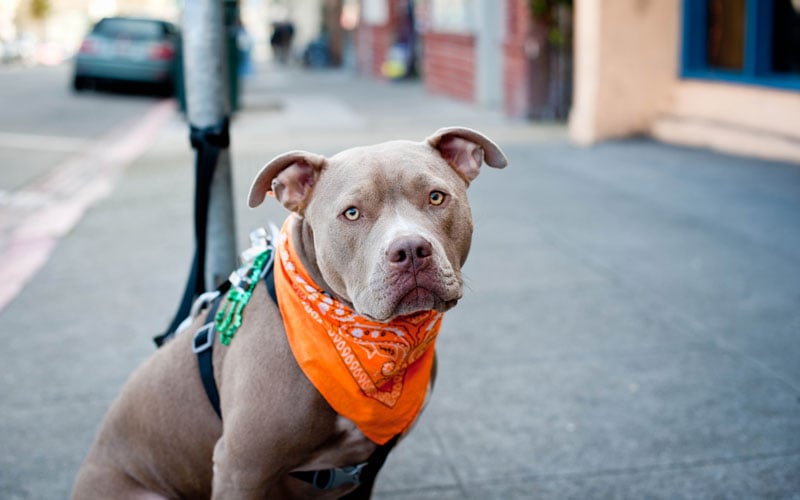 While pit bulls may have a bad reputation, local animal shelters are looking for ways to get these dogs adopted. (Photo via Creative Commons)

According to a study in the United States by dogsbite.org, a non-profit website that advocates for victims of dog maulings, pit bulls accounted for 62 percent of 326 fatal dog attacks in the 10 years from 2005-2014. The website said pit bulls account for just 6 percent of the pet dog population.

Though no Arizona cities have banned pit bulls as some cities in other states have, it’s often difficult to rent an apartment or live in a condo with a pit bull as a pet.

Nicole Denton, Phoenix pit bull owner, rescued her two pit bulls, Link and Shelby, from a shelter in Tennessee. Although she wouldn’t have chosen any other breed, she says they are often misunderstood and mistreated, which can lead to them having an aggressive nature.

“A lot of people are chaining them to their yards and not really treating them as the family pet they should be,” said Denton.

Some pit bulls and pit bull mixes are not as lucky as Link and Shelby and end up in animal shelters for long periods of time.

Melissa Gable, Maricopa County Animal Care and Control spokeswoman, said, “we continue to look until we find that special home but if we look at our long timers seventy-five percent are probably pit bulls.”

“We have a sponsorable program of pit bull and pit bull mixes over six months of age to help promote them,” she said.

This program runs through till the end of December when Halo hopes to reach it’s goal of adopting out 500 pit bulls or pit bull mixes.

In 2014 the Adopt-A-Bull program helped 227 pit bulls find a home in three months.

Halo extended the program this year from three months to six. And in the first three months alone, 237 pit bulls have been adopted which exceeds last year’s results.