These signs and many others have been placed throughout Phoenix — and will continue to be placed — to help guide bicyclists and motorists in Phoenix. (Photo by Claire Cleveland/ Cronkite News) 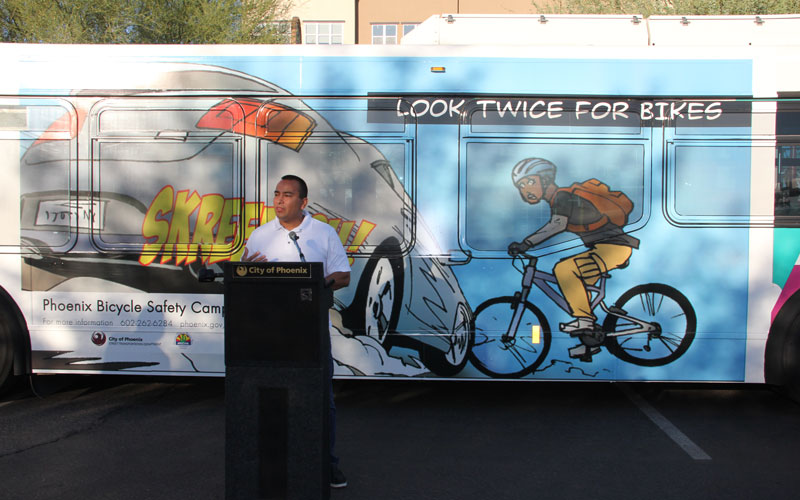 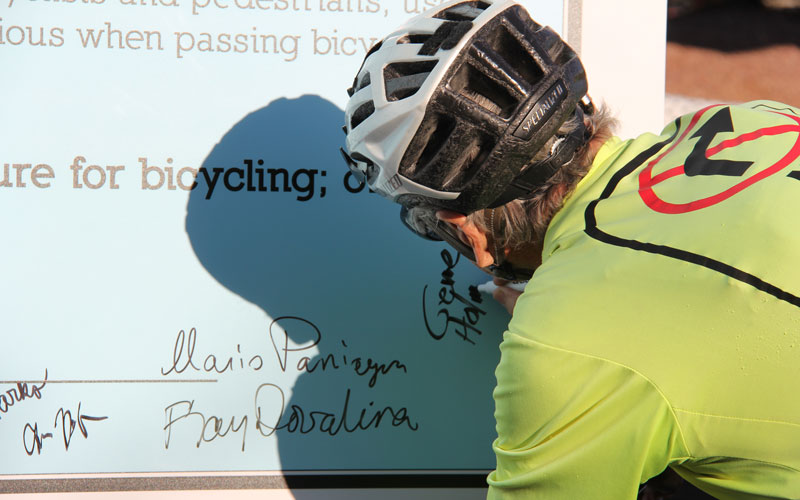 A bicyclist signs the Bike Safe Pledge and vows to be courteous and cautious as a cyclist and a motorists in Phoenix. (Photo by Claire Cleveland/ Cronkite News) 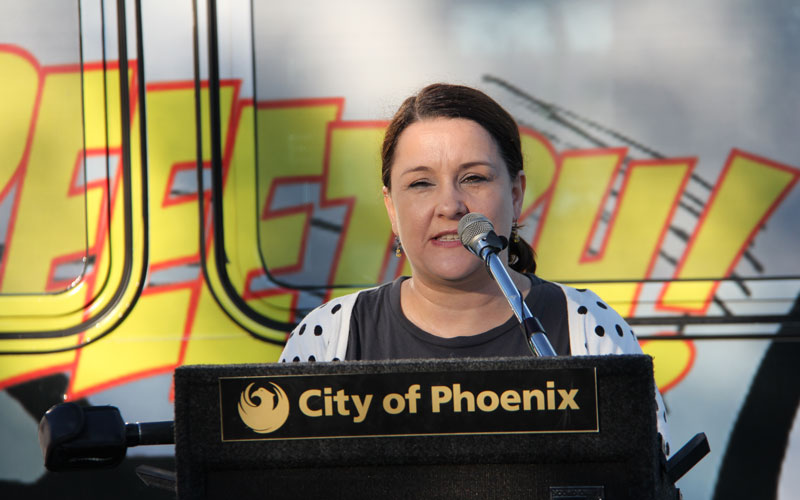 Lisa Parks, Phoenix Spokes People president, works to help communicate the needs of bicyclists with the city of Phoenix and is looking forward to new bike infrastructure. (Photo by Claire Cleveland/ Cronkite News) 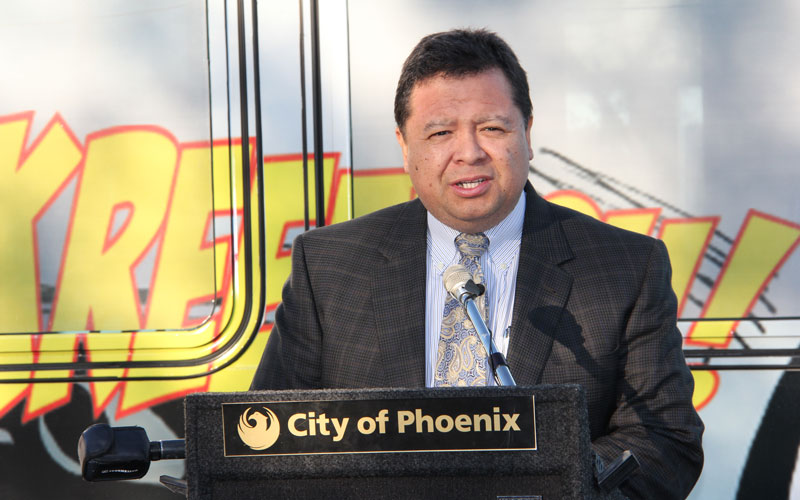 To combat this problem Phoenix launched its Bike Safe Phoenix initiative Thursday to increase awareness of bicycle safety and laws, and to encourage motorists and bicyclists to share the road responsibly.

“It’s very important because we want to make sure everyone’s safe — from the motorists to the bicyclists to the motorcyclists — and making sure that whoever’s traveling in our public right-of-way streets is safe and abiding by all the laws and being courteous to whoever is using the roads,” said Ray Dovalina, director of the Phoenix Street Transportation Department.

The event, held in the parking lot of the Burton Barr Library, focused on promoting the Bike Safe Phoenix Pledge, which urges one to obey traffic laws, yield to pedestrians, stop at all stop signs, travel at a safe speed, be alert and maintain a safe distance from other roadway users.

“When you drive, be considerate of people on bicycles and understand that they to have a right to be on the road,” said Vice Mayor Daniel Valenzuela. “Pass bikes with care and give them at least three feet when passing.”

Lisa Parks, Phoenix Spokes People president, was one of the advocates asked to speak at the event and said she hopes the increase in infrastructure will encourage more people to bicycle in Phoenix.

“I thinks it great that the city is doing this initiative to be more bike friendly because it’s shows a dedication and I think that’s what bicyclists are looking for,” she said. “We’re going to be seeing a lot more people riding bikes… there have been so many changes in Phoenix, especially downtown and midtown, and it really feels like a city now.”