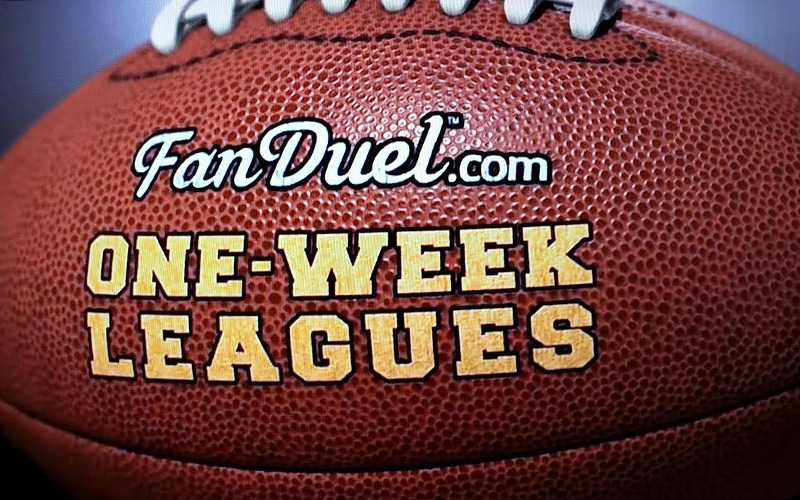 “I thought it was a fun way to make small bets and the possibility of getting a payout is better than not getting anything,” the Phoenix resident said.

Anthony Burkhardt of Chandler said the endless stream of commercials by FanDuel and DraftKings, a similar site, piqued his interest.

“So just the hopes of playing for money and having it be daily and not having to worry about injured players was alluring,” he said.

The two were blocked during the sign-up process for one reason: They live in Arizona, one of five states that bans online fantasy leagues that pay money.

“More than anything I was confused why Arizona would be so conservative,” Burkhardt said.

The market for fantasy football spending is anywhere from $40 to $70 billion, according to Forbes. Fans in 45 states have been able to join fee leagues where they can draft players and earn prizes, but Arizona residents have never been able to collect prizes because of a ballot initiative that legalized gambling in 2002.

Recently, revelations of insider trading at both companies raised questions about the integrity of the games.

According to a story in the New York Times, officials at both companies acknowledged that their employees have won big prizes on the other’s website. DraftKings pulled its advertising from ESPN amid the questions, according to USA Today.

That advertising during weekend football games has been generating phone calls at the Arizona Department of Gaming after fans learn they’re barred from joinging.

“There’s quite a bit of advertising and typically that spurs the phone calls on Mondays and Tuesdays usually preceding the games,” said Amanda Jacinto, a Department of Gaming spokeswoman.

In Arizona, fantasy football fans cannot play for prizes on sites such as FanDuel and DraftKings. @cronkitenews

A fantasy league between a group of friends is called social gambling and is permitted, even if money changes hands. But gambling that is regulated by an outside company is not.

The ballot initiative Arizona voters passed, gave tribes complete control over legal gambling in the state. The tribes contribute 1 to 8 percent of gross gaming revenues back to the state. Fantasy sports wasn’t mentioned in the compacts.

Since the ballot was passed Arizona has received over $1.1 billion from the tribes, Jacinto said.

The money is divided between education, trauma and emergency services, wildlife conservation, tourism, problem gambling and the Department of Gaming.

The 45 states that allow fantasy sports don’t have these kinds of compacts or they classify the leagues as a game of skill. A federal law that prohibits online gambling has a section in the law legalizing fantasy sports when they’re a game of skill, something FanDuel and DraftKings claim to be.

An Arizona bill introduced in early 2014 would have allowed residents to participate in fantasy sports offering a prize, but it did not pass over concerns of how it would impact the compacts, Jacinto said in an email.

A provision in the 2002 law allows the tribes to end the compact if the state legalizes new forms of gambling. Each tribal casino could then lower its contributions to the state to .75 percent quarterly.

Stacie Stern, general manager at Head2Head Sports, a fantasy sports competition site based in Scottsdale, says the state has a definition problem. She said fantasy sports are based on skill not luck.

“With poker you’re dealt a hand, with fantasy sports we all start from the same pool of players and we draft players and pick players based on our own personal knowledge. There is no hand dealt to us,” she said.

Because of the compacts, the state won’t risk something of value to win something else of value, she said. The online fantasy industry is not regulated like state gambling compacts and Arizona would not get a share of those revenues.

Stern is unhappy that 45 states allow fantasy league fans to play, but her own state is barred.

“I personally believe the residents of Arizona… their civil liberties essentially are being infringed upon,” she said.