Fallen, not forgotten: Arizona firefighter among those honored in memorial 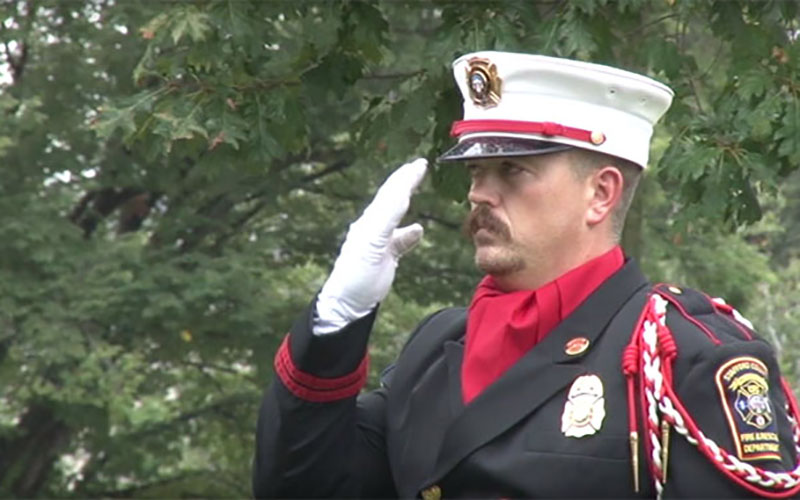 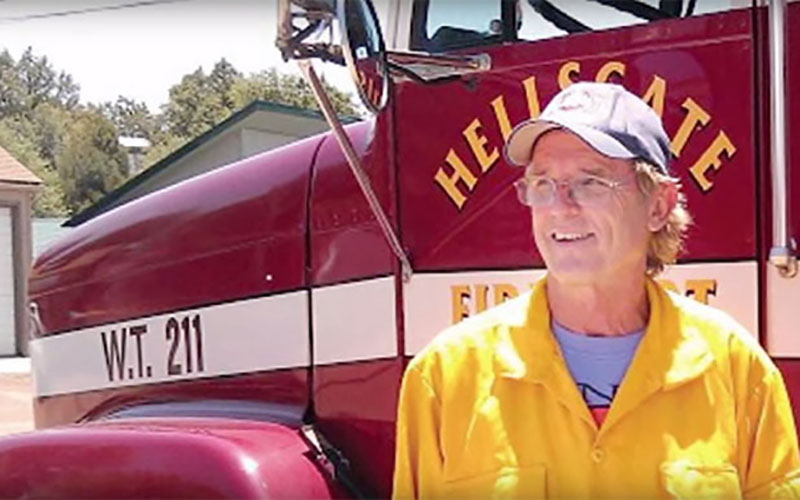 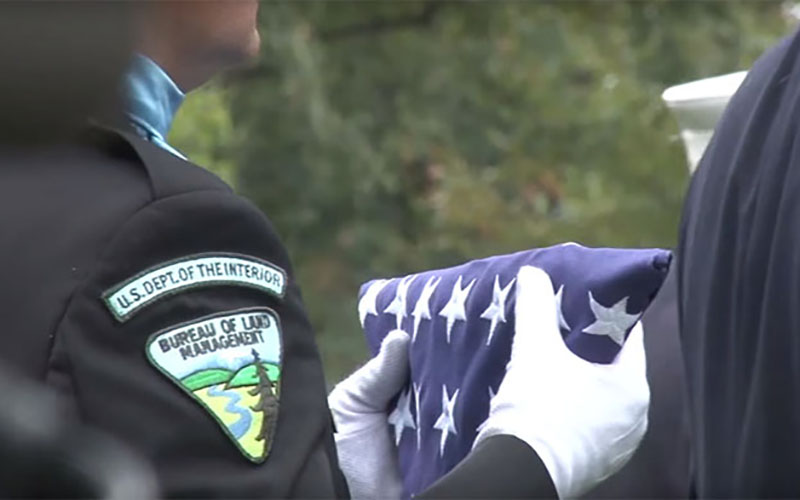 The 87 flags – one for each of the firefighters who died in the line of duty last year – flew over the Capitol and will be presented to the firefighters’ survivors. (Photo by Elizabeth Blackburn/Cronkite News)

WASHINGTON – The 87 flags flew over Capitol, then were carefully folded and displayed at a memorial in Maryland, where they will remain until they are handed Sunday to survivors of 87 firefighters who died in the line of duty.

One of those 87 being remembered at the National Fallen Firefighters Memorial Weekend is Bobby Mollere, a reserve firefighter with the Hellsgate Fire Department who died during a March 2014 training exercise.

Hellsgate engineer John Ceja said not a day goes by that they don’t miss Mollere, but that the memorial recognition “means a lot to all the guys … that knew him, his family, everybody.”

The memorial honors those on the National Fallen Firefighters Foundation’s 2015 Roll of Honor, firefighters who died in the line of duty in 2014, with a handful who died earlier.

Memorial events began at the U.S. Capitol on an appropriately gloomy Wednesday, when friends and family members of fallen firefighters from around the country gathered. As bagpipes played in the background, the flags were presented to begin the trip to Emmitsburg, Maryland, and the National Fallen Firefighters Monument there.

“These flags have been flown over the Capitol and … ceremonially folded and now they’re going to be presented to those families after we transport them back to Emmitsburg here this afternoon,” Doug Swartz said at Wednesday’s ceremony.

Swartz, the commanding officer of the National Honor Guard Academy and a volunteer for the National Fallen Firefighters Foundation, which sponsors the weekend memorial, said the flag ceremony is the first step in memorial events that aim to show dignity and respect to the firefighters and their families.

“We hope that these flags can offer a little bit of comfort and peace to a time that they have such a hurting, such a void in their hearts,” he said of the survivors.

Memorial events continued with a wreath-laying at Arlington National Cemetery, a dinner for family members and a scheduled candlelight service on Saturday. The weekend culminates Sunday at the memorial service where President Barack Obama is scheduled to speak and where the flags will be turned over to the survivors.

“I’m very humbled and honored to be representing Hellsgate Fire Deparment,” Bathke said Friday. “It definitely will help in the healing process.”

Bathke said it has been a long healing process and that Mollere, who spent 15 years with the department, was “great guy who will be greatly, greatly missed.”

“He’s definitely missed through the community, and definitely here at the fire department,” Ceja said in a telephone interview. “He will never be forgotten that’s for sure.”

Ceja said the fire department has already established some memorials to Mollere around Star Valley, but he welcomes this weekend’s ceremony.

“It means a lot,” Ceja said. “It means a lot to all the guys that were here that knew him, his family and everybody, something that we can look back on and remember him by.”

Swartz said he hopes the memorial helps in some small way.

“The families are facing obviously one of the most difficult and painful times and a tremendous void. No measure or no symbol, no matter how honorable or reverent, is going to replace that void.”