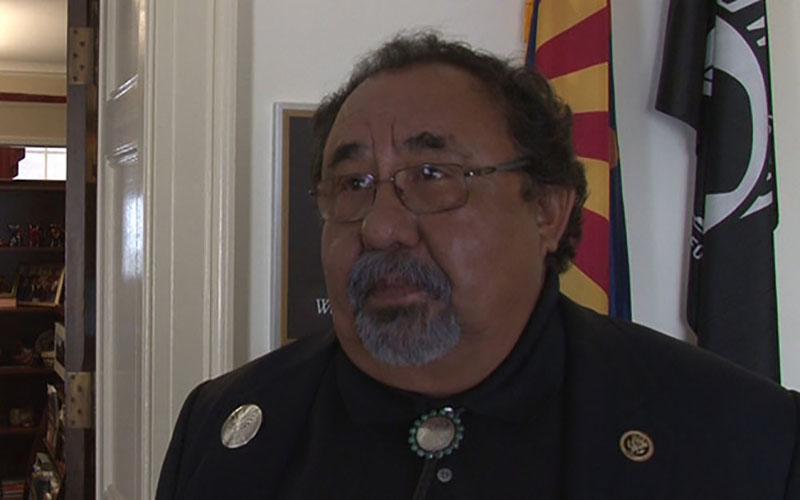 Rep. Raul Grijalva, D-Tucson, says he uses the “moral imperatives” of Catholicism in his political career, but his allegiance is to the Constitution and the law. (Photo by Charles McConnell/Cronkite News) 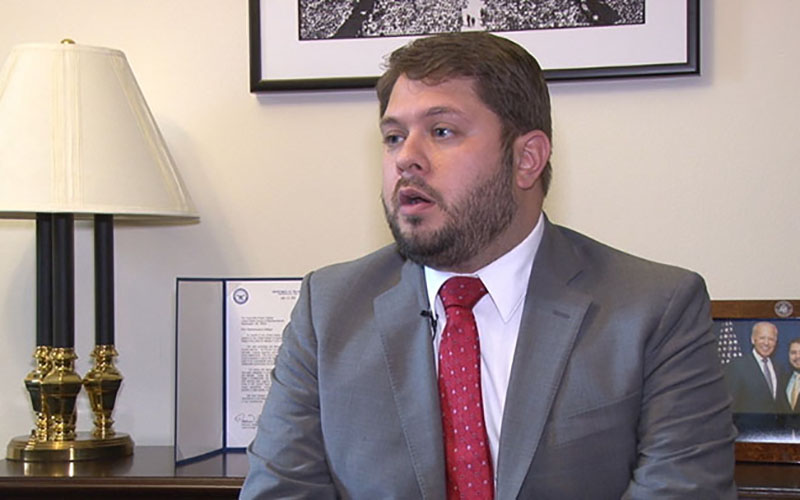 Rep. Ruben Gallego, D-Phoenix, says his Catholic faith has shaped his approach to politics, even though his policy positions sometimes conflict with the church. (Photo by Charles McConnell/Cronkite News)

WASHINGTON – When the pope addresses a joint session of Congress in a history-making address Thursday, he will likely talk about hot-button issues like climate change and immigration.

Catholic lawmakers say they will listen – but they won’t take the pope’s word as gospel.

Grijalva, who said he’s looking forward to the pope’s speech, is one of five Catholics in the Arizona delegation and one of 164 Catholics in Congress, or about 30 percent of the House and Senate.

The religious affiliation of each member of Arizona’s congressional delegation, according to the Pew Center on Religion and Public Life.

Arizona lawmakers said in recent weeks that they may not always agree with the pope in their policy positions, but that their faith has shaped them into the public servants they are.

Grijalva says that means keeping his faith personal, only using the moral imperatives of Catholicism in his political career. He says does not use his faith as a guide for how he votes.

For Rep. Ruben Gallego, D-Phoenix, Catholicism instilled in him a deep belief that he is to help the poor and disadvantaged members of society, which he said has played a role in sculpting his political career.

Both Grijalva and Gallego take policy positions that contradict church teachings, most notably with regards to marriage and abortion.

“Those are two areas where … the Catholic Church are diametrically opposed to where I stand,” said Gallego, who is pro-choice on the question of abortion and who supports same-sex marriage.

Another Catholic in the Arizona delegation, Rep. Paul Gosar, R-Prescott, disagreed with Pope Francis in a very public way for very different reasons when he announced last week that he planned to boycott the pope’s address to Congress.

While Gosar’s policy positions align with the church on a number of issues, he said his qualms over the “false science” of climate change that Pope Francis is expected to talk about Thursday outweigh his desire to hear the church’s leader speak.

In an editorial outlining his reasons, Gosar called himself a “proud Catholic” who nonetheless had “a moral obligation and leadership responsibility to call out leaders, regardless of their titles, who ignore Christian persecution and fail to embrace opportunities to advocate for religious freedom and the sanctity of human life.”

In his first day in Washington, Pope Francis had already touched on issues that would likely disagree with members of his flock on both sides of the aisle in Congress. In speeches at the White House and to a gathering of U.S. bishops, the pope touched on climate change, abortion, immigration, marriage and the family and more.

The pope arrived in Washington late Tuesday after a three-day visit to Cuba. After meeting with President Barack Obama and the bishops Wednesday, he celebrated a Mass in which he bestowed sainthood on California missionary Junipero Serra – the first canonization on U.S. soil.

After his address to Congress Thursday, the pope travels to New York where he will address the General Assembly of the United Nations before heading to the World Meeting of Families in Philadelphia. He is scheduled to head back to the Vatican on Sunday.

Grijalva thinks America, as one of the world leaders, can learn from the pope on climate change.

“I think we can also learn about his encyclical on climate change in which he said … this is a threat to the world. It is a threat to every human being and every species,” Grijalva said.

And he thinks the United States has something to offer the pope in return.

“What the pope is going to see when he visits this country, is the vast diversity of this nation,” he said. “And as he already knows, the great potential of this nation.”