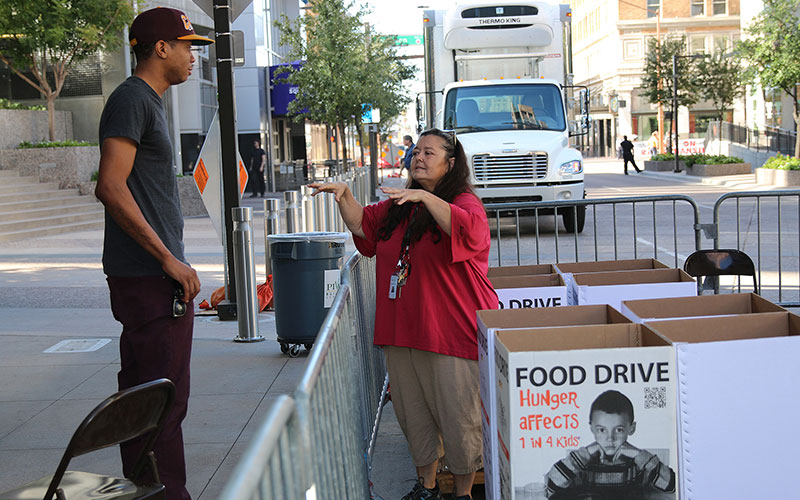 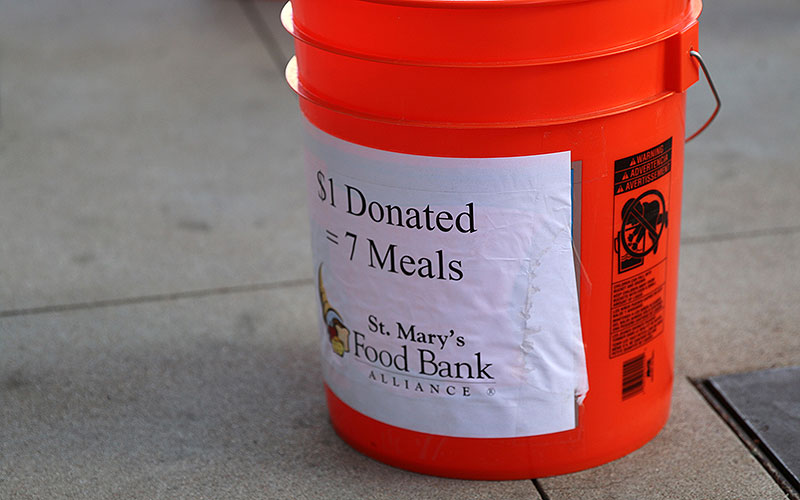 Four years ago, Vanderpoel was in no position to donate. Her husband was on strike at the construction company he worked for, and she was unemployed. Food they received from St. Mary’s helped, she said.

“I was almost homeless and had nothing,” she said. “If it weren’t for charity, I wouldn’t have survived.”

Arizona’s economy is demonstrably better than it was during the depths of the Great Recession, but St. Mary’s and other food banks say the need for their help has barely declined.

“The folks who were affected by shorter hours or layoffs are still in need,” said Jerry Brown, a spokesman for the St. Mary’s Food Bank Alliance. “Yes, employment is up, but it’s going to take a while for any economic improvement to trickle down to the people who face hunger every day.”

Angie Rodgers, president of the Arizona Association of Food Banks, said food banks are the first to see economic challenges but often the last to see economic recovery. That’s because food is a flexible portion of a family budget, unlike rent or utilities.

“Sadly, people have to make choices,” she said. “When things get rough, families have to decide if they should go to the grocery store or keep the lights on. We find senior citizens having to choose between medication and dinner.”

Sabiha Keskin, director of the Culture Cup, a small central Phoenix food bank, said it’s often those who have needed help in the past who are quicker to give.

“The people with money have a hard time remembering us until Thanksgiving and Christmas, she said. “Their love is appreciated, but the need for food is not seasonal.”

Sabiha said just one food bag can be the difference between making rent and dropping into homelessness.

“Every little bit helps,” she said. “Twenty dollars might not make a big difference to you, but it keeps us small food banks alive.”