Crews have checked and reopened the Tex Wash Bridge’s westbound span on Interstate 10, and will continue working to replace the washed-out eastbound span. (Photo by California Department of Transportation) 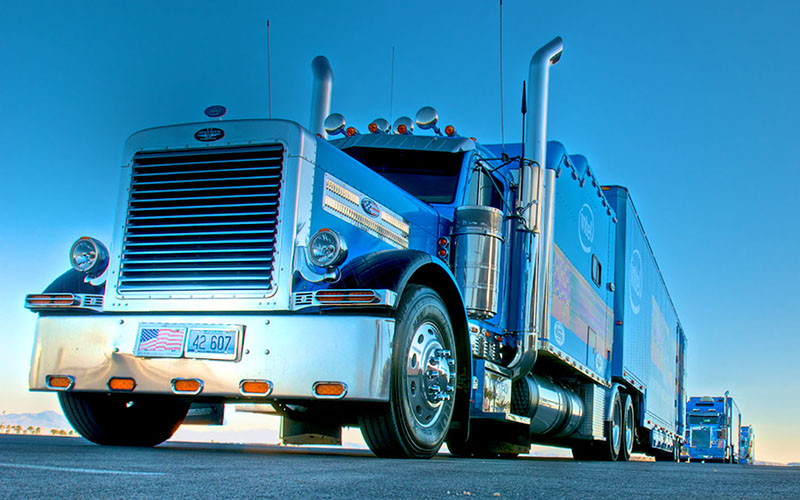 Closing a stretch of Interstate 10 between Arizona and California may have cost trucking companies up to $2.5 million a day in detours and delays by one estimate. (Photo by Ryan Holst via flickr/Creative Commons)

WASHINGTON – Arizona Trucking Association President Tony Bradley says one good thing may have come out of the closure of a section of Interstate 10 this week – it could point up the need to fix the nation’s infrastructure.

Sunday’s collapse of the eastbound span of the Tex Wash Bridge on I-10 comes as Congress debates the transportation trust fund, the $40 billion fund that builds and maintains the nation’s roads, rails, ports and other transportation projects.

Legislation authorizing the current fund is set to expire in a week – the day before lawmakers are scheduled to leave town for their August recess.

The House last week passed a short-term extension of the fund for another five months that adds $8.6 billion, but the Senate is deadlocked on its proposal for multiyear renewal.

According to the U.S. Department of Transportation, half of all roads in Arizona are in poor or mediocre condition – and 954 of the state’s 7,862 bridges are rated “structurally deficient” or “functionally obsolete.”

The department does not have specifics on which projects might be delayed or affected should the trust fund run dry, but it is “developing strategies to deal with the potential funding impacts,” Douglas said in a statement.

Bradley agreed, adding that Congress should change the way the transportation fund gets money, moving toward a more “user-fee” based structure.

By one estimate, from the American Road and Transportation Builders Association, Arizona would need as much as $19.5 billion to fix just the bridges in need of repair in the state.

In a statement from the trucking association earlier this week, shortly after the collapse of the Tex Wash Bridge, Bradley said ignoring infrastructure problems in Arizona could be deadly.

“Arizona drivers’ lives are at stake as they cross a structurally deficient bridge an astonishing 1.6 million times a day,” he said in the statement.

In a phone interview Friday, he said there are economic concerns as well.

Bradley said I-10 is a “vital economic link we have with our surrounding states,” that has a direct effect on businesses in Arizona. He said products made in Arizona have to go through Los Angeles ports to get to international buyers.

“We can’t get our products that are built here in the state to market overseas … without a significant cost increase,” if there is not a modern, efficient highway system in place, he said.

That “significant cost increase” was seen in the detours drivers had to take to get around the closed stretch of I-10, which added more than 100 miles and many hours to the drive between Phoenix and Los Angeles.

Those delays will continue to be felt, as I-10 will be limited to one bridge span carrying traffic in both directions over the Tex Wash for the foreseeable future.

“If we have another failure like this, it could end up crippling our economy because we’re not able to get our products to market,” Bradley said.