Matt R. Salmon, an advocate for gay rights since coming out at age 20, said he and dad, Rep. Matt Salmon, R-Mesa, disagree on same-sex marriage. But on other issues they share “a lot of the same views … that we bond over.” (Photo courtesy Matt R. Salmon) 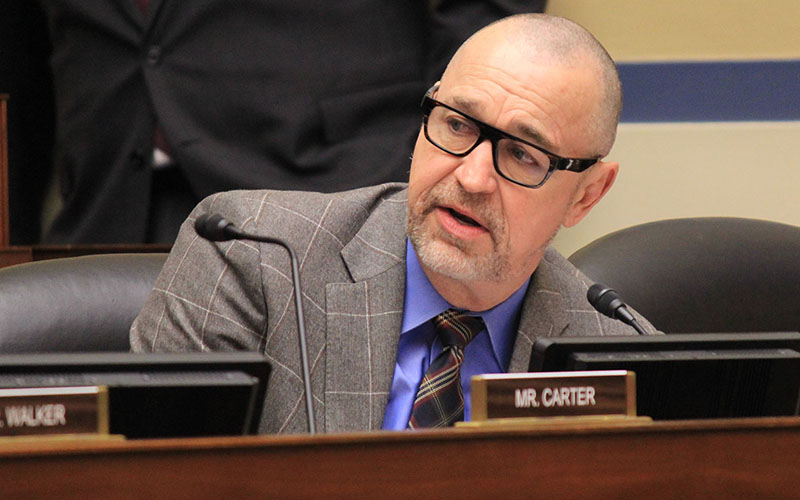 Rep. Matt Salmon, R-Mesa, did not comment on the Supreme Court’s Friday decision that recognized a right for same-sex couples to marry. But Salmon, here in a February file photo, has oppose same-sex marriages in the past. (Photo by Jessica Boehm)

Matt R. Salmon, that is, the gay son of Rep. Matt Salmon, a conservative Republican from Mesa who, unlike his son, opposes same-sex marriage.

Salmon’s congressional office did not release a statement Friday on the court’s ruling, nor did the elder Salmon return calls seeking comment on the ruling or on his son’s support of it.

But in previous reports, the congressman has been quoted as saying that while he opposes gay marriage, his son is “by far, one of the most important people in my life. I love him more than I can say,” he told KTVK in 2013.

The younger Salmon said that, at the urging of his family, he underwent reparative therapy to try to become straight at age 18, but eventually came out of the closet at age 20. Now 27, he is a self-described advocate for the gay-rights movement.

Matt, who is currently finishing his residency in psychiatry at Maricopa Medical Center, said he hopes to get married one day and have a family, so the court’s ruling Friday will significantly impact his life.

“When I do eventually get married, it will be recognized in all 50 states and by the government,” the younger Salmon said.

“It reiterates the fact that I am equal, the way that I love is the same way that everyone else loves. The government recognizes this and it’s legally understood,” he said of Friday’s decision.

The court ruled 5-4 that marriage is a “fundamental right” that is protected by the Constitution and cannot be denied based on a person’s gender.

Matt said he is impressed and excited by the court’s ruling, but that there is still work to be done in the fight for equality and rights of lesbian, gay, bisexual and transgender people.

He said gay people still have to worry that if they “took a picture of their family to work, they could get fired for being gay, for their sexual orientation.”

Matt R. Salmon, like others contacted Friday, said the court’s ruling will not just benefit them, but future generations, as well.

“Now we want future generations to not have to live the way we’ve lived for the past many years,” the younger Salmon said.

“We want them to live their lives without wondering if they are all right, whether they’re normal, whether they’re like everybody else,” he said. “The more and more the younger generation can feel safe, and not feel discrimination, the better.”

While the elder Matt Salmon could not be reached to comment on the ruling, the younger Matt Salmon said his homosexuality is no longer an issue within the family. His conversations with his dad are typically focused on other matters, he said.

“We talk more about economics and various policies in the country other than gay marriage. We share a lot of the same views and opinions that we bond over,” the younger Salmon said.

“I don’t foresee anything changing with my family,” he said. “We will continue to love each other like we always have.”