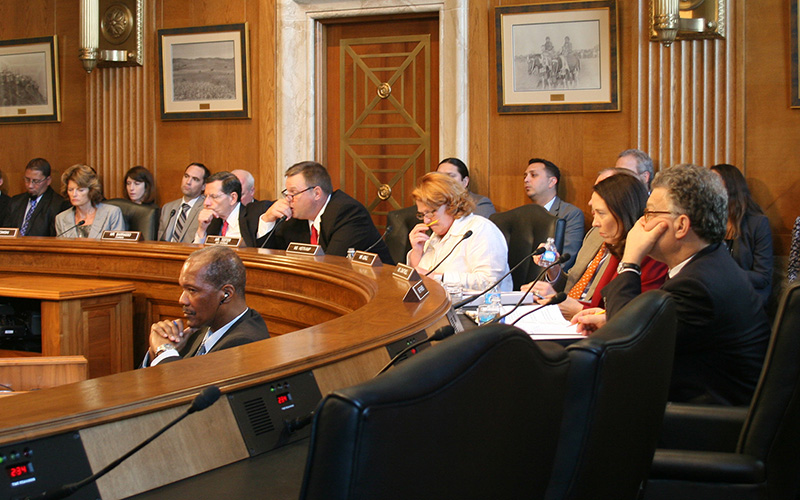 The Senate Indian Affairs Committee hears testimony on suicide rates among Native American teens, which is 2.5 times higher than the national average, what one called an “epidemic” problem. (Photo by Aubrey Rumore) 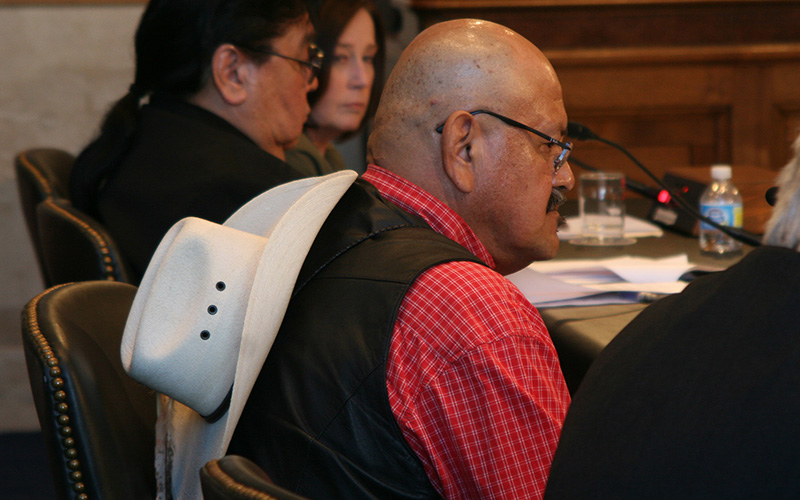 WASHINGTON – In the six months since Christmas, 11 young people have committed suicide and another 379 have tried to do so on the Pine Ridge reservation, said Oglala Sioux Council member Collins Clifford.

“Whenever we lose one child, it hurts the spirit and the soul of every one of our people,” Clifford told the Senate Indian Affairs Committee.

He was testifying as part of a committee hearing on the “epidemic” rate of suicides among Native American youth, a rate that is 2.5 times the national average.

Even though the hearing was titled “Demanding Results to End Native Youth Suicides,” Sen. Heidi Heitkamp, D-North Dakota, said few results ever seem to filter out of the hearing room.

“Once again, here we are wringing our hands, telling horrible and deplorable stories,” Heitkamp said, adding that testimony of tribal youth suicides routinely shock the committee members hearing them.

Among the findings of a 2014 White House report on Native youth:

The White House’s 2014 Native Youth Report listed suicide as the second-leading cause of death among Indian youth. That report, the most recent available on that demographic, pegged the suicide rate of tribal teens at more than double the national rate.

Those numbers were cited by Sen. John Barrasso, R-Wyoming, in his opening statement at the hearing.

“I will not stand idly by, nor will this committee,” Barrasso said.

He said that lowering the rate of suicide among Native youth “requires a comprehensive and evidence-based plan that is proactive instead of reactive.” But if there’s a plan in place to deal with the problem, it’s not working, Barrasso said to the acting director of the Indian Health Service.

Robert McSwain, the acting director, said that there has been a recent increase in coordinated efforts between the health service and tribal communities.

“We just have to make sure it’s always there,” McSwain said.

One program that has had success is a “culturally grounded” approach that focuses on “social, cultural and spiritual issues that may be more relevant in Native American youth suicide prevention,” said Teresa LaFromboise.

LaFromboise, a professor of developmental and psychological sciences at Stanford University, said that programs that focus “solely on psychological” issues are not as effective with Native youth.

Whatever the solution, McSwain said, “We need to do more.”

Clifford said that duty to do more is “sacred.”

“Our youth are our future, and therefore are sacred,” he said.