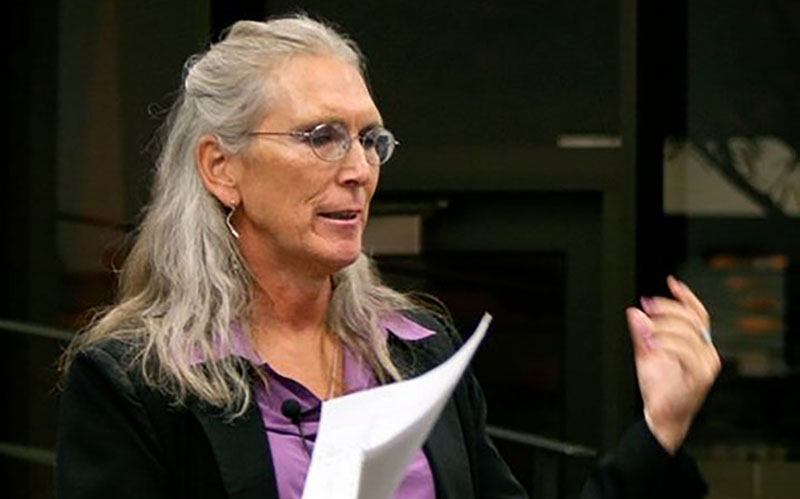 Abby Jensen, shown here lecturing in a University of Arizona law school class, says is the only attorney to have appeared before the Arizona Supreme Court as both a man and a woman. (Photo courtesy Abby Jensen) 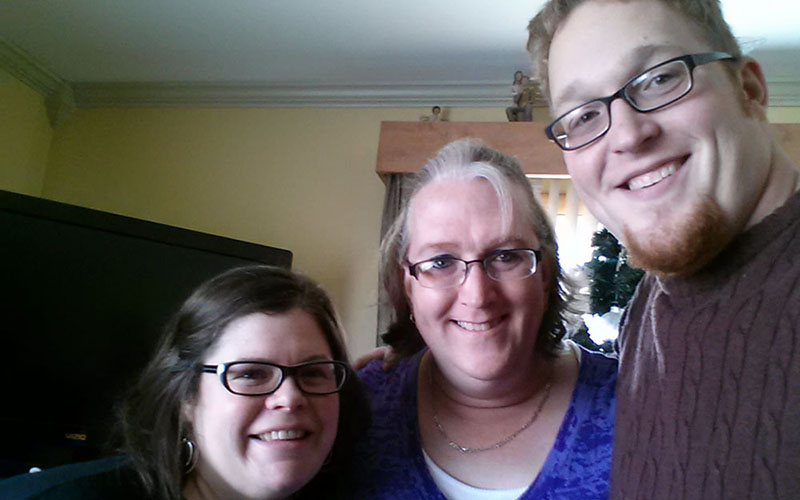 Sandi Overman, center, with son Matthew and daughter-in-law Elizabeth. Overman, a transgender woman, said her children still love her as a parent and “just wanted me to be happy.” (Photo courtesy Sandi Overman) 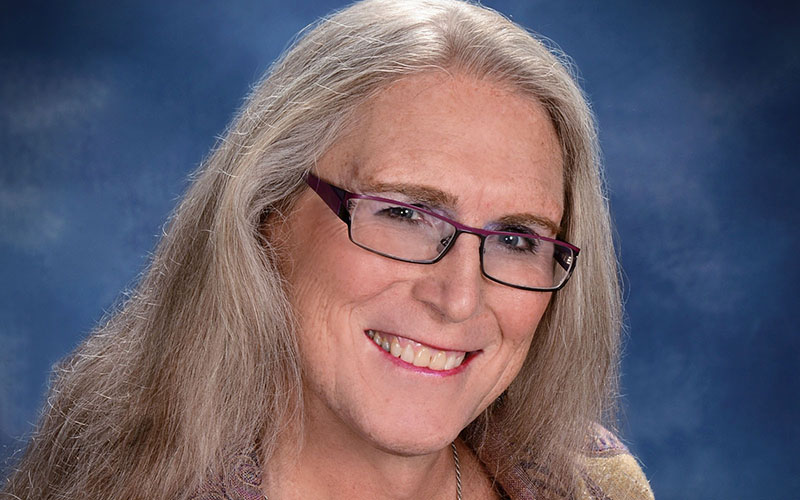 Abby Jensen, a transgender attorney in Tucson, has been living full-time as a woman since 2007. Jensen, who has three grown children, said she still gets Father’s Day cards. (Photo courtesy Abby Jensen)

WASHINGTON – When her Tucson church asked all the mothers in the congregation to stand up and be recognized on Mother’s Day, Abby Jensen rose.

This Sunday, if the minister calls on dads in the congregation to be recognized for Father’s Day, Jensen expects she will stand again.

That’s because Jensen is one of the estimated thousands of transgender people in the United States who can claim part of the two most gender-specific holidays on the calendar.

“I began living full time as Abby in May 2007,” said Jensen, a Tucson attorney who has three grown children. “I think the hardest part was getting to the point of realizing that this is who I am and what I needed to do.”

While Caitlyn Jenner, the one-time Olympic athlete formerly known as Bruce Jenner, has dominated headlines recently with news of her transition from male to female, she is far from alone.

The Williams Institute at the UCLA School of Law – which says that it researches law and public policy on sexual orientation and gender identity – estimated there were about 700,000 transgender people across the U.S. in 2011, the most recent numbers available.

Those individuals are likely to face high rates of discrimination at home and at school, harassment at work, higher unemployment, lower incomes and higher rates of attempted suicide than the general population, among other issues, according to a 2011 survey by the National Center for Transgender Equality. The center surveyed more than 6,400 transgender individuals on a range of topics for the report.

While that survey said transgender people have an unemployment rate twice the rate national average, Jensen still works as an attorney. And claims to be the the only attorney who has appeared before the Arizona Supreme Court as both male and female.

But Jensen said it was not an easy journey.

“You never know how people are going to react and what is going to happen,” she said.

Jensen told her children they can still call her dad. Father’s Day is not a huge celebration for her, but she said her family still marks the day.

“I usually do get Father’s Day greetings and maybe one card from my oldest daughter,” Jensen said.

She said that while it is “more comfortable to think of myself as a mother than as a father,” it is understandable to her that her children do not observe Mother’s Day with her.

Other transgender women, like Sandi Overman of Phoenix, have similar holiday stories.

“Father’s Day has never been a big celebration with me,” Overman said via email. “A card, text or email was all I wanted.”

But last month, she said it brought tears to her eyes when, on Mother’s Day, “I was given a card and gift from my daughter.”

Overman tries to leave room for her children to celebrate Mother’s Day with their birth mother, but admits she enjoys “when I’m also recognized in the same category.”

Jensen insists that living as Abby “hasn’t been an alienating thing between” her and her children. Both she and Overman said they had support from their children and families during their transitions.

“I was still their dad and they loved me,” Overman said. “They just wanted me to be happy.”