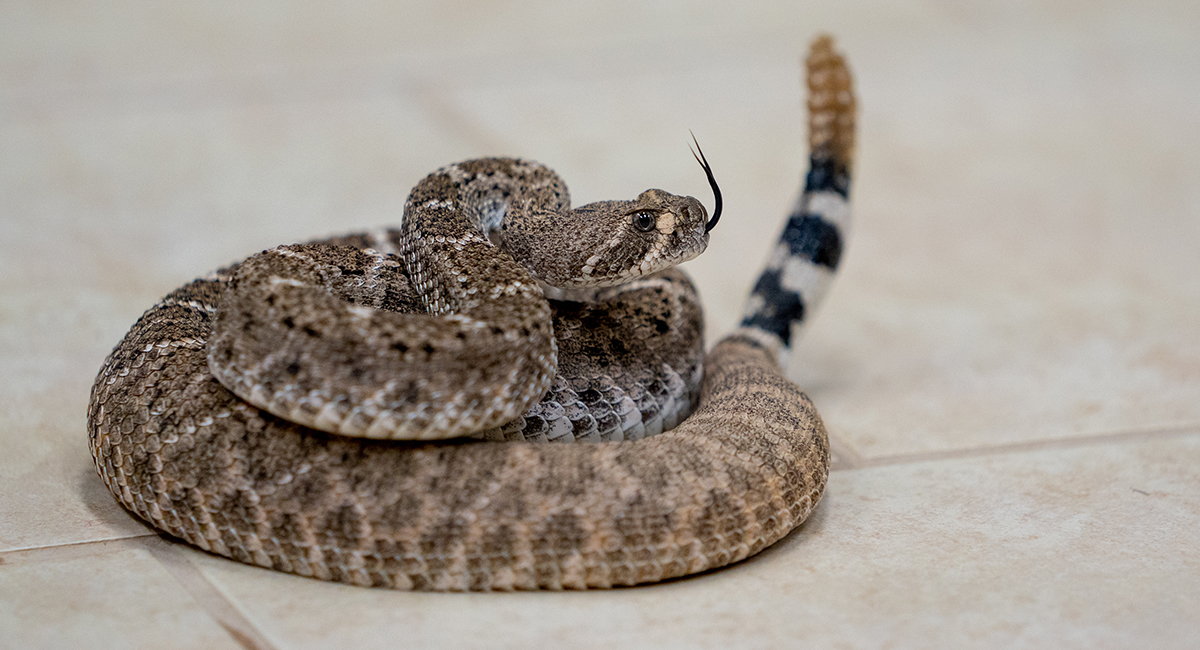 A western diamondback rattlesnake “tastes” the air at the Phoenix Herpetological Sanctuary in north Scottsdale on Aug. 29. (Photo by Samantha Chow/Cronkite News)

“Also, we get lots of calls about toads.”

Toads and rattlesnakes are active now because monsoons determine when they reproduce. Rattlesnakes all give birth in August, Morris said, and the rains tell toads to emerge to breed after months underground. 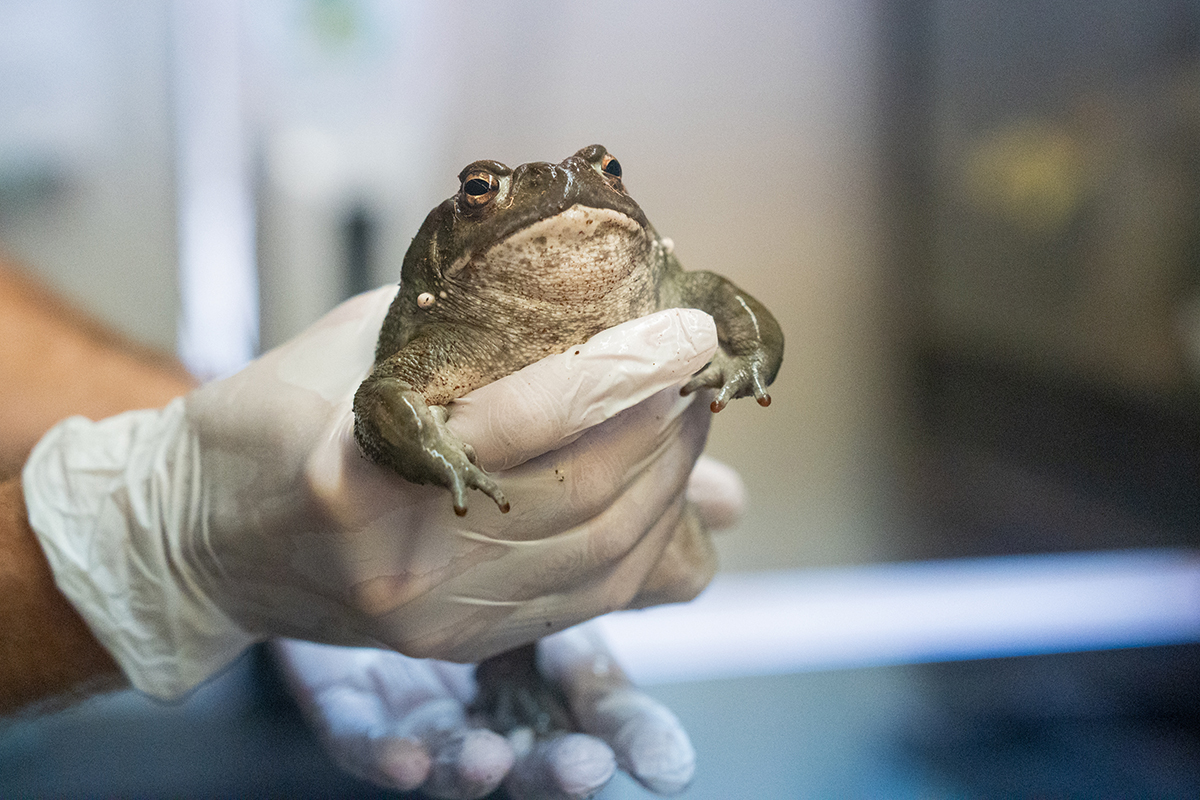 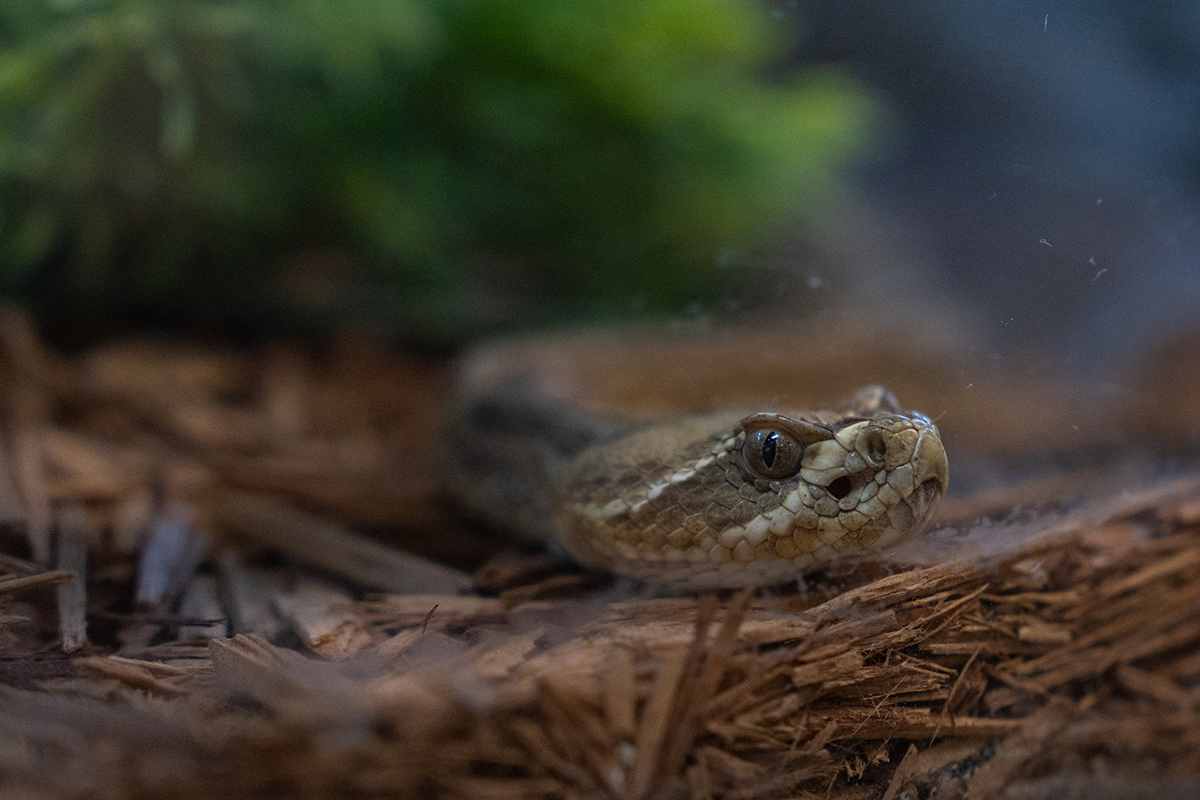 An Arizona black rattlesnake peers through the glass of its terrarium at the Phoenix Herpetological Sanctuary in north Scottsdale. (Photos by Samantha Chow/Cronkite News)

Morris, who’s in charge of handling venomous animals at the sanctuary, started work there 18 years ago, relocating rattlers. Now he deals with more than 200 venomous snakes from all over the world at the sanctuary in north Scottsdale.

“I really do love venomous things. They’re very misunderstood animals,” he said. “People are afraid of them a lot, you know, for good reason. But the more you learn about something like that, the safer you’ll be.”

In Arizona, there are 13 species of rattlesnakes; the western diamondback is the most commonly spotted in the Valley.

The western diamondback on average bears 12 live snakelets a year. Contrary to popular belief, immature rattlers are not more venomous than adults, he said.

“Babies act just like adults, because they have a smaller head and smaller venom yield,” Morris said. “They’re not as dangerous. It’s the big ones that can do the more serious bites.”

Monsoon rains also awaken toads, including the big Sonoran desert toad, from “their long hibernation,” Morris said. They emerge from underground to mate and lay their eggs in pools of water formed by runoff. 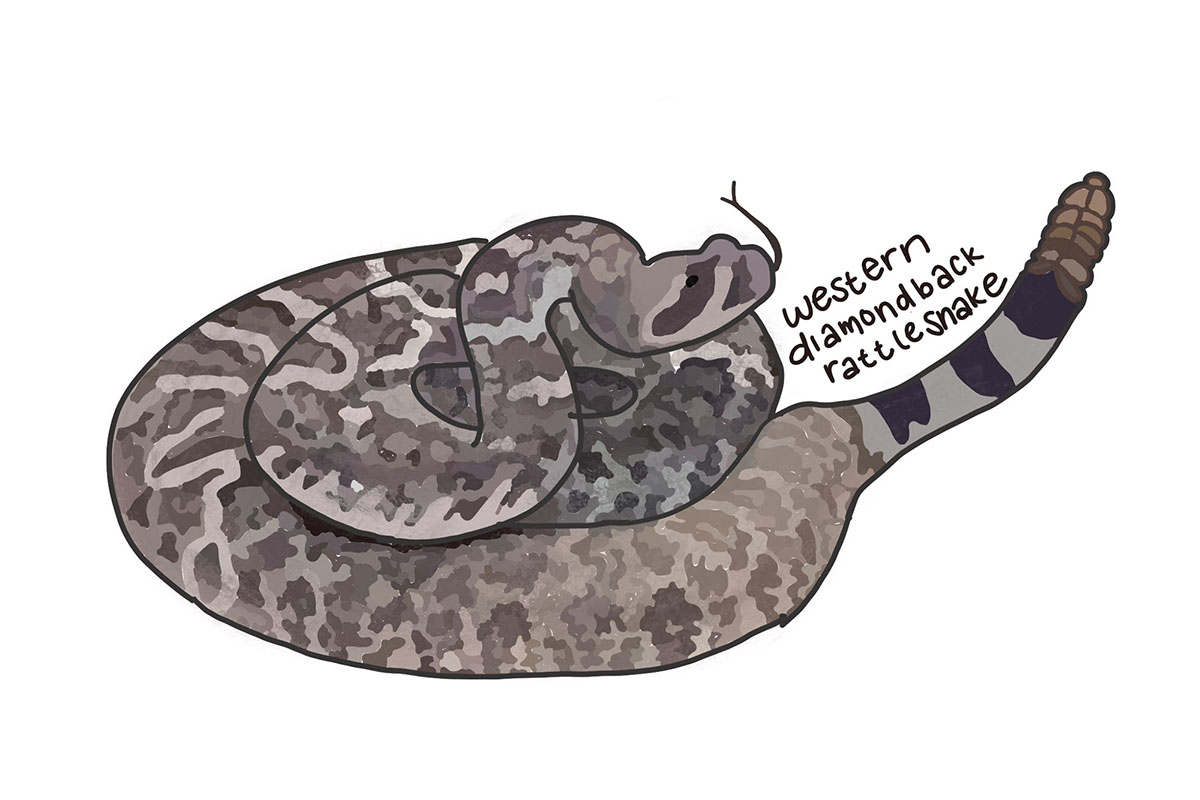 “They actually hear and feel the rain hitting the ground,” he said. “So they’ll be buried and when it hits really, really hard. That’s why we only see them during these first really big ones (storms).

“I go out in the desert a lot, and you’ll see them all over the roads. People see them just popping up out of their yards. I’ll find them in swimming pools.”

Morris said the Phoenix Herpetological Sanctuary receives calls from people wondering what to do with the toads. Toads “have no boundaries because they will bury themselves under the ground all year,” he noted.

Increased humidity, heavy rain and thunderstorms develop frequently during monsoon season in Arizona, which starts in June and ends in September.

“Across the state of Arizona, monsoon 2022 has been very good. … But as with every monsoon, there’s always a few little spots that have kind of missed out on some of the better rainfall” said Mark O’Malley of the National Weather Service’s Phoenix office. That has helped with increasing the soil moisture in Arizona, he said, but “one wet monsoon does very little for the long term” drought. 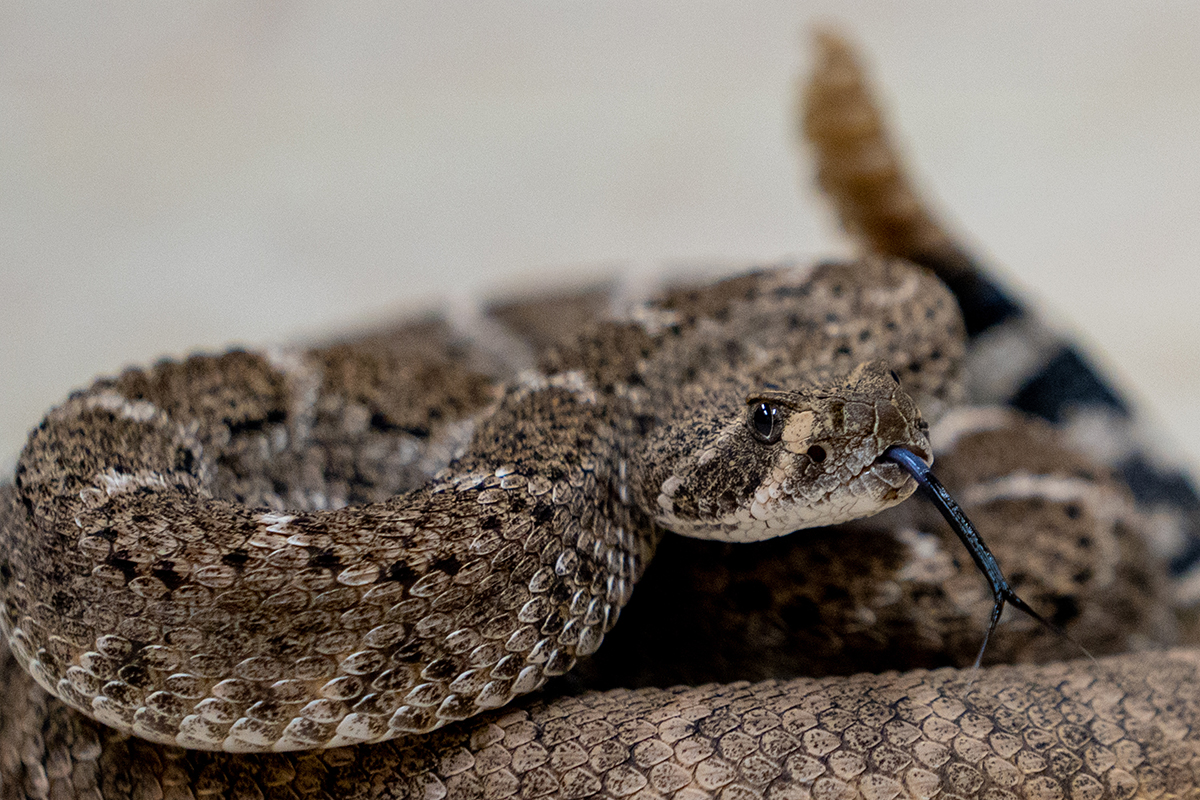 Western diamondback rattlesnakes are the most common species found in central Arizona. 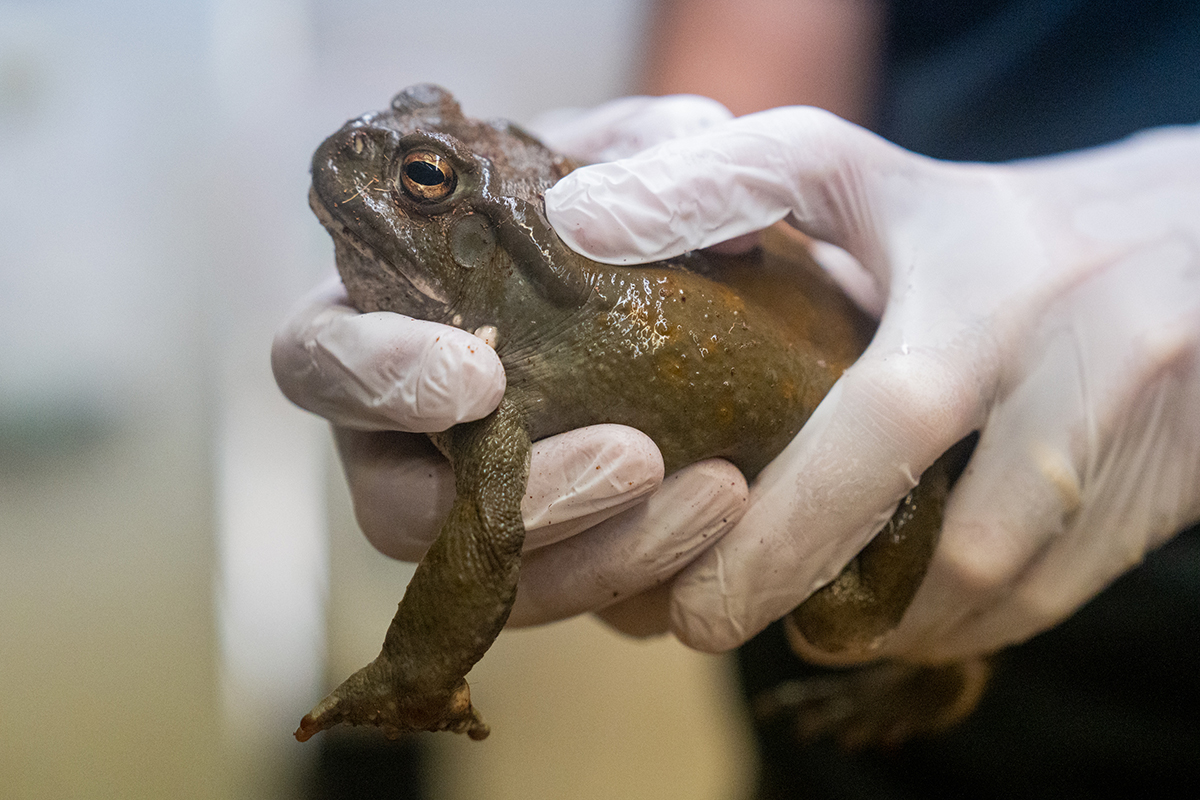 If Arizona continues to heat up and dry out – as experts expect – there is concern for toads and frogs’ ability over the long term to successfully breed, said Tom Jones of Arizona Game & Fish Department. Twenty-four species of toads and frogs are found in Arizona.

“The breeding season is not the only thing to worry about,” Jones said, “because they spend most of their lives underground. If the ground dries out too much, then they won’t survive while they’re underground.” 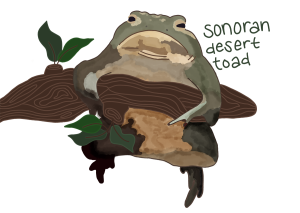 After breeding, toads will feed before burrowing back into the damp ground.

“The soil is still a little bit moist, that gives them the opportunity to be out and feed before they go back underground for the next nine to 10 months,” Jones said.

Some species of toads in Arizona go from egg to tadpole to adult toad in just two weeks, Jones said – much faster than toad species found in other parts of the country.

“Whether you’re looking at those animals or you’re looking at flowers that are blooming or birds that are more abundant, whatever it is, enjoy the monsoon,” he said. “ It’s a unique part of the American Southwest that we get to see that pretty much the rest of the world doesn’t. It’s a time to go out and enjoy.” 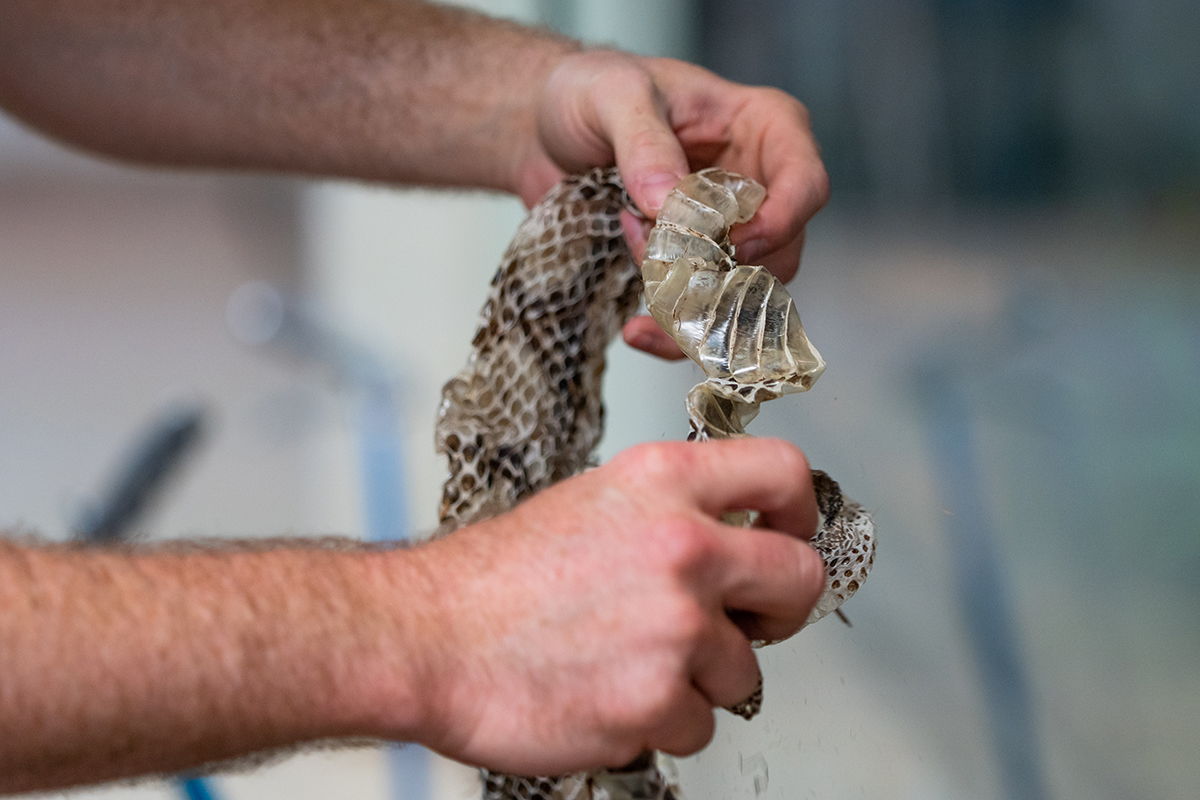 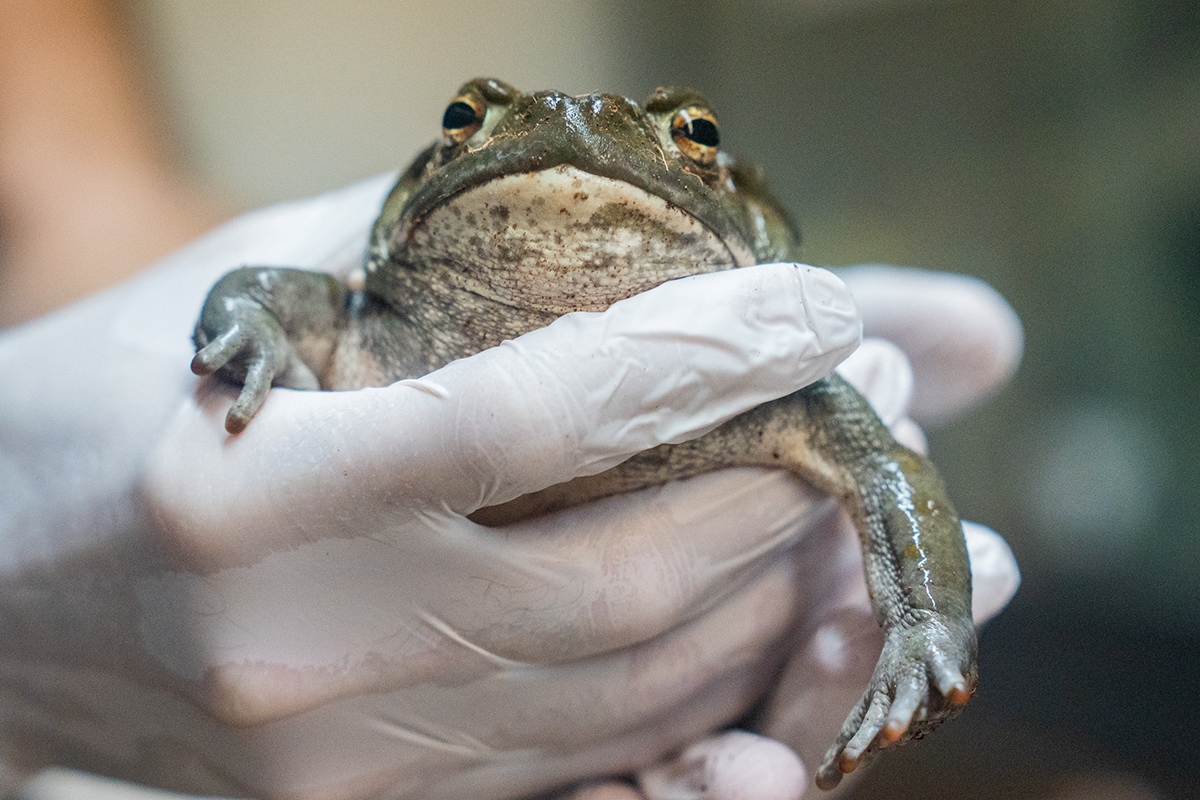 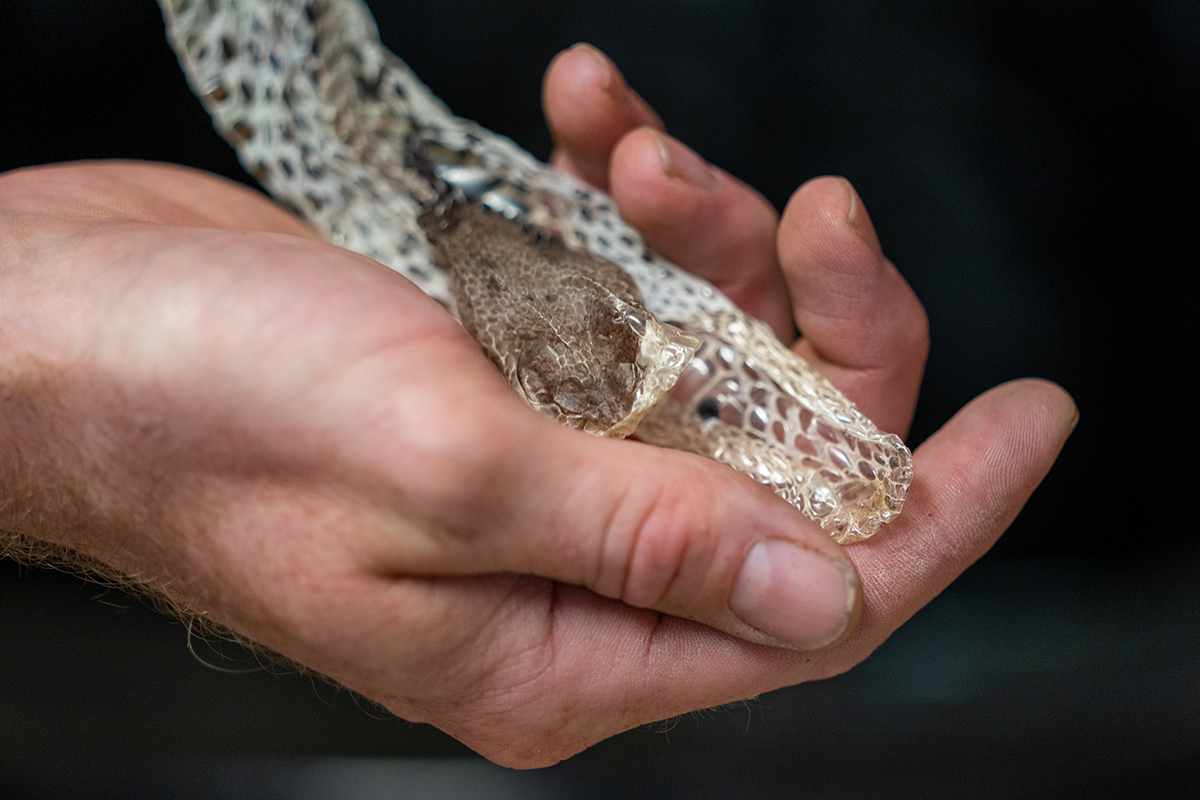 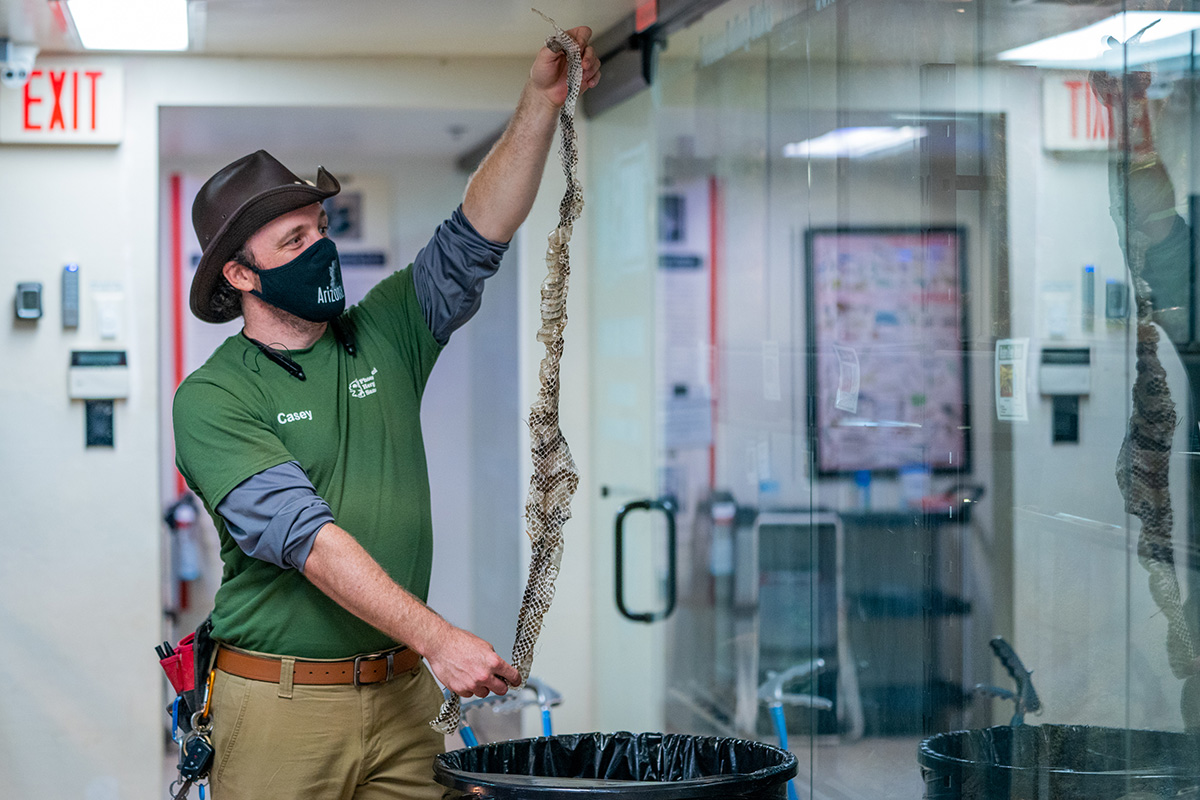 Casey Brose, lead keeper at the Phoenix Herpetological Sanctuary, examines the skin shedding of a timber rattlesnake. The sanctuary has more than 200 venomous snakes. (Photo by Samantha Chow/Cronkite News) 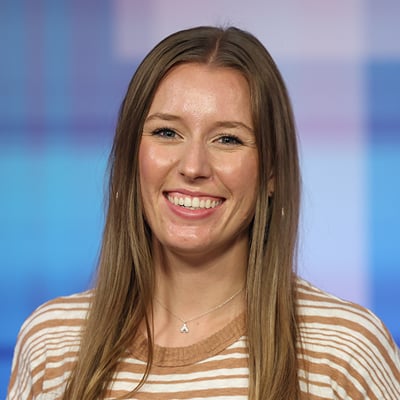