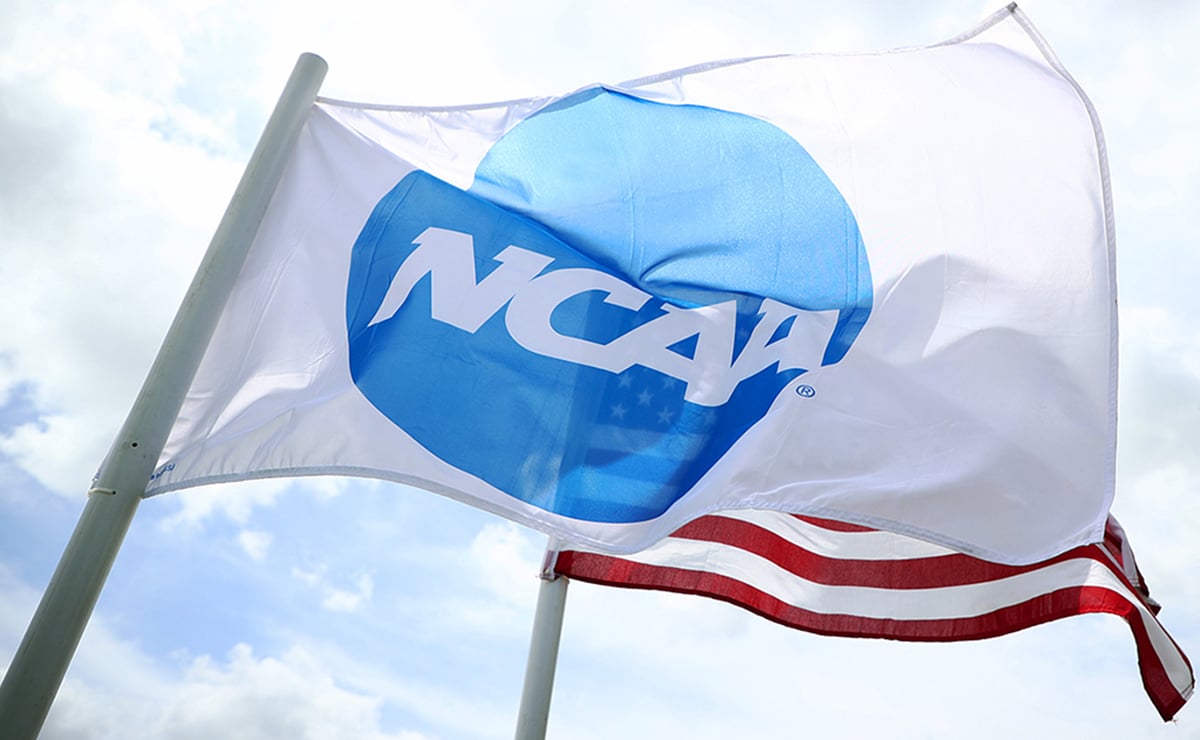 The arrival of NIL – referring to use of an athlete’s name, image and likeness – has shifted Arizona’s college sports landscape over the past year. What does the future hold? (Photo by Jamie Schwaberow/NCAA Photos via Getty Images)

PHOENIX – College sports are changing rapidly, in part because of conference realignment and the transfer portal, but mostly due to the opportunity athletes have to profit from their NIL – name, image and likeness.

Saturday marks the first anniversary of Senate Bill 1296, which allows student-athletes in Arizona to engage in NIL activities without penalty. It doesn’t sound like a long time, but in those 12 months, the realm of NIL has greatly expanded.

The NCAA was founded on the concept of “amateurism” when it was oganized in 1906. The term was used as a way to keep student-athletes from gaining financial benefits from playing sports for their institutions because they were playing “for the love of the game.”

How have athletes benefited from NIL?

Student-athletes can monetize their names, images and likenesses in a plethora of ways. Smaller deals might include teaming up with the local mom-and-pop pizza joint. Bigger opportunities also can be explored, and there are resources to help student-athletes.

Opendorse, launched in 2012, functions as a marketplace for more than 75,000 athletes across collegiate and professional sports. The purpose is to make it easier for brands, sponsors and fans to find athletes and form partnerships.

Nearly every Arizona State athlete has a profile on Opendorse, which is in anticipation of ASU being one of the more than 75 school-specific marketplaces the company plans to roll out this fall. This would more easily connect prospective NIL partners with athletes at the school of their choosing.

Luther Muhammad, a men’s basketball player at ASU, has embraced NIL. His Instagram account has nearly 72,000 followers, and his Twitter has about 9,000. This wide audience to which he can post and ultimately “advertise” has helped Muhammad leverage and close deals.

“Social media has helped me land NIL deals due to the fact you can put your contact info in your (profile) bio to make it easier for brands to contact you directly,” he said. “After experiencing it for a full year, I think it’s great due to the fact that us student-athletes can generate more income for ourselves.”

On social media alone, Muhammad has promoted products ranging from snacks at Fry’s Food Store to his own apparel line. Muhammad has taken advantage of every opportunity presented to him. An athlete’s presence on social media can give athletes more control of their brand.

“Thirty years ago,” he said, “the most popular athletes were solely the athletes that were playing on Saturdays on ABC, NBC and Fox, right? Now, you’re seeing some of the highest-earning athletes are in men’s football or basketball, I think it’s not a stretch to say that some of, if not the highest earners, are women’s basketball players right now. That’s largely in part due to them being proactive and building very passionate engaged audiences with their social media profiles.”

Opendorse published a report to highlight the first full year of NIL activities that compiled data of “over 100,000 deals reported through Opendorse” and included projections that they could calculate with that data. The top NIL activity in the report was posting content (34%), followed by “other activities” (17.8%), licensing rights (15.9%) and autographs (15.1%). The range of NIL student-athlete compensation is $3,335 to $53,258 per year. The report also noted that brands reached an apex in NIL spending during the college football postseason. Fans and donors also started to steadily increase in NIL participation with the development of the marketplace and the birth of collectives.

“It’s a very good representation of what’s happening in the market,” Weber said. “More deals have been done or disclosed through Opendorse than any other technology. There are still, you know, thousands of in-person or one-to-one deals that do occur, so it’s not a 100% complete picture.” 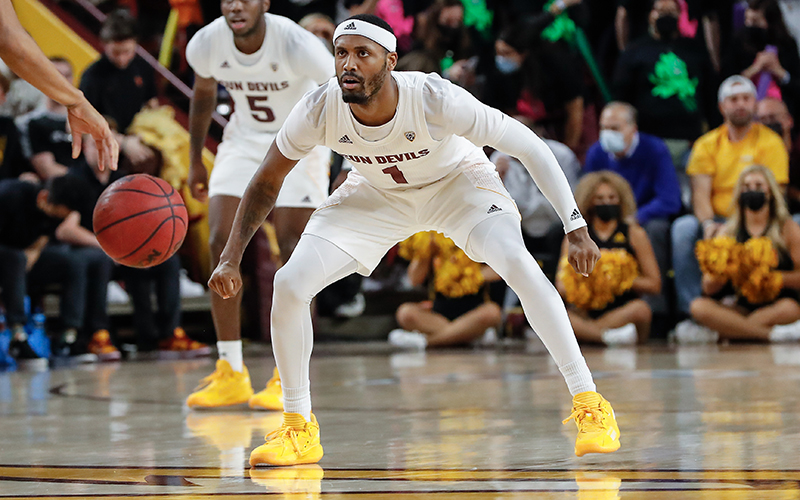 Arizona State guard Luther Muhammad is one of many collegiate athletes cashing in on large social media followings through NIL deals. (Photo by Kevin Abele/Icon Sportswire via Getty Images)

The emergence of NIL collectives

NIL collectives have risen in popularity over the past few months. School-specific collectives are pools of money, mostly accumulated through donors and businesses, that can be given to student-athletes under the blanket of NIL. Collectives are independent from school athletic departments.

For example, any athlete at the University of Arizona could be paid by the UArizona collective in exchange for the athlete’s participation in an activity such as an autograph signing or a charity event appearance (hence fulfilling the quid-pro-quo requirement).

The UArizona collective, however, is not allowed to speak with an athlete until they’re registered to attend school, and the collective is prohibited from consulting with coaches or the university about how much money they can give an athlete.

Businesses are the other main pillar of collectives and can be anything from the local burger shop to vehicle dealerships. Instead of just cash, they can pour their products into the collective. Through this, athletes can drive luxury-brand cars for a single Instagram post showing them behind the wheel.

“We used to prevent a booster from giving a kid a ride home in their car, and now we’re giving a kid a car,” former West Virginia athletic director Oliver Luck said. “It’s a very positive time to be a student-athlete, just in terms of your ability to do NIL deals and generate some revenue.”

Although the first collectives reported to Opendorse appeared in August 2021, there has been a surge since January. The relationship between the one-time transfer rule and collectives have consumed headlines over the first six months of 2022.

A situation that may have brought these to the forefront of discussion occurred shortly after former Kansas State basketball player Nigel Pack announced he was transferring to the University of Miami. Once Pack committed to Miami, attorney John H. Ruiz tweeted the details of an NIL deal that his company, LifeWallet, made with Pack. Although Ruiz and LifeWallet are not a collective, the act of a prominent booster publicly revealing the monetary amount caught the attention of the masses.

***BREAKING NEWS*** @LifeWallet is proud to announce @NijelPack24 has officially committed to UM as a basketball player. The biggest LifeWallet deal to date, two years $800,000.00 total at $400,000.00 per year plus a car. Congratulations!!! @johnnyruiz4 @alex7ruiz @ddiazon7 pic.twitter.com/SzKHag8qnG

In a new version of the arms race of college athletics, collectives began to form to match the market, now that the price was set for a top-tier college basketball talent.

“There have been some schools that have been really aggressive with their collectives early on, or at least the boosters working sort of side-by-side with the universities,” 247Sports publisher Chris Karpman said. “Some universities have set up marketplaces where boosters can take care of student-athletes, but on the recruiting side, I would say, that’s where there’s a lot of gray area that some of these schools are operating within.”

On May 9, the NCAA Board of Directors reiterated that recruiting rules prevent boosters from making contact with recruits, including collectives. A violation would be committed if the collectives are in contact with student-athletes. The mission of this announcement was to shut down any talk of pay-for-play.

“(NIL) has morphed in a number of different ways,” said Luck, who also served as the executive vice president of regulatory affairs for the NCAA from 2014 to 2018. “The horse is out of the barn, way out in the pasture. It’s not coming back into the barn. I think it’ll take a long time, certainly a number of years, for the market to have to sort of balance itself out. … This is a brand new marketplace.”

What’s the future of NIL?

The United States is projected to spend $1.14 billion in year two, according to the Opendorse report. The company broke down the spending distribution by region.

Arizona is ranked in the bottom-half of states for projected NIL compensation, and its region (Colorado, Idaho, Montana, New Mexico, Nevada, Utah and Wyoming) is estimated to have $60.7 million in NIL spending. For comparison, that is nearly a quarter of the highest-projected region in the southeast (Florida, Georgia, North Carolina and South Carolina), which is estimated to gross $234.5 million.

“(NIL profits) go hand-in-hand with the amount of passion that people feel for college athletics in the marketplace,” Karpman said. “So it’s not really a surprise that you would see the Southwest or the West, in general, not be able to be competitive in that respect.”

Besides collectives, the third component of NIL is the fan involvement. It has slowly picked up, but the fan-to-student athlete exchange is still very rare in the NIL space. In year two, Weber anticipates that will change.

“Fans made up less than two percent of all compensation in the first year and really, it’s because the infrastructure isn’t there for them yet – and I emphasize ‘yet,”’ Weber said. “That’s going to change a bit in a big way. Fans need education and they need a single place to go. They need to know where to go, what they can do, and how much it costs. That hasn’t really existed for them yet.”

This remains a new era in college sports where student-athletes can monetize their name, image and likeness, and there’s no indication of a slowdown. It may be a while until there’s some equilibrium in the NIL marketplace. For now, it will remain the wild, wild West of college sports.

That can even expand down to the high school level. Just this past March, The Athletic reported that a 2023 five-star recruit could be paid more than $8 million by the end of his junior year of college (about 2026).

On June 7, Karissa Niehoff, executive director and CEO of the Nation Federation of State High School Associations, reiterated that the NIL developments in college sports do not impact high school athletes.

Arizona is one of 24 states that “clearly prohibit” high school athletes from engaging in NIL activities, according to Opendorse. There are 13 states that have laws allowing high school NIL deals. The remaining states are either considering NIL laws or have unclear legislation under review.

Now that the student-athletes are being paid, they can be viewed as professional athletes. This shift might have to force the NCAA to operate like a professional sports league in terms of player-acquisition rules.

“One of the things that college athletics has not been subjected to is regulations about having a hard cap or soft cap,” Karpman said. “That leads to more freedom of operation where the highest revenue-generating programs with the best support are able to grab players more easily. I think you probably will see some attempt (from the NCAA) to regulate that in some form with boosters.”

That pillar of college athletics began to crumble when the Supreme Court ruled in NCAA v. Alston (2021) that student-athletes could receive academic-related compensation. Although the ruling was not directly pertinent to NIL, it drove the NCAA to adopt its interim NIL Policy and put the decision into action nine days later.

The interim NIL policy only allows student-athletes to be paid with a “quid-pro-quo” agreement while enrolled at an institution and prohibits them from incentive-based payment. Money is not allowed to be paid directly from the schools. The regulations do not include the individual restrictions added by state laws.

Now, just one year after NIL went into full effect in Arizona, there’s no better time to reflect on the past 365 days and look ahead to what the future could have in store. 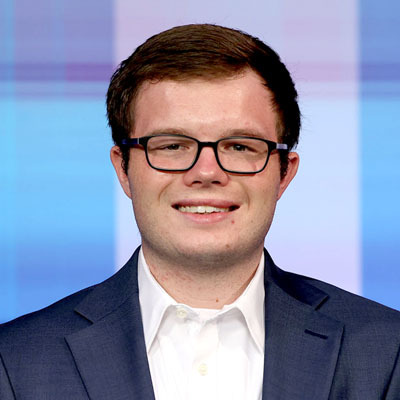 Ethan Ryter expects to graduate in December 2022 with a bachelor’s degree in sports journalism. Ryter is the president of the student-run Walter Cronkite Sports Network club and has interned at Sun Devil Source.