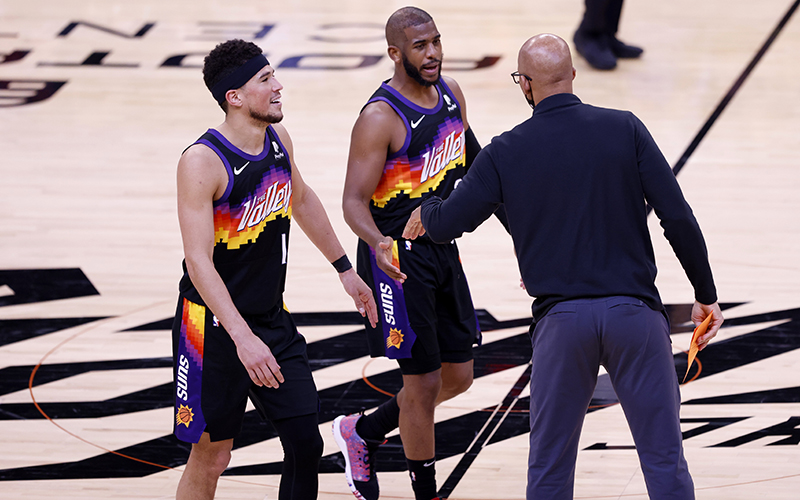 PHOENIX – Part of the reason Arizona residents flock to Footprint Center for Suns games is to witness one of the league’s most explosive backcourts work in unison.

However, Sunday’s NBA All-Star Game at Rocket Mortgage Arena in Cleveland may see the Valley duo of Chris Paul and Devin Booker split up for the first time since Paul was acquired via trade in October of 2020.

Paul’s status for the game is uncertain after he sustained a hand injury in Wednesday night’s game against the Houston Rockets. He was spotted wearing a sleeve on his right thumb during All-Star media availability Saturday and told reporters if he can play, he will.

Since 2018, the NBA has ditched the traditional geographic conference matchup of East vs. West in favor of a three-pronged process in which the pool of starters is chosen based on media, fan and player votes, reserves are selected by NBA coaches, and the captains solidify their rosters by choosing players, playground style, from the overall pool.

One of this year’s captains, Brooklyn Nets forward Kevin Durant, selected Booker with his first pick in the reserves portion of last week’s draft. Last season, Booker was a last-second scratch due to injury.

In 2020, Paul and Booker both competed for Team LeBron, who is again a captain and picked Paul toward the end of the selection process.

Sunday will also be Booker’s third consecutive All-Star Game, and his first as a reserve. Both of his first two appearances came as injury replacements.

Paul mentioned that it is special to be voted in as a reserve for the third year in a row after being selected as a starter in the past with the Hornets and Clippers. This will also be the second time in his career that he will be playing for his current coach – in this case Monty Williams – in the All-Star Game. In 2008, he played for former Hornets coach Byron Scott. 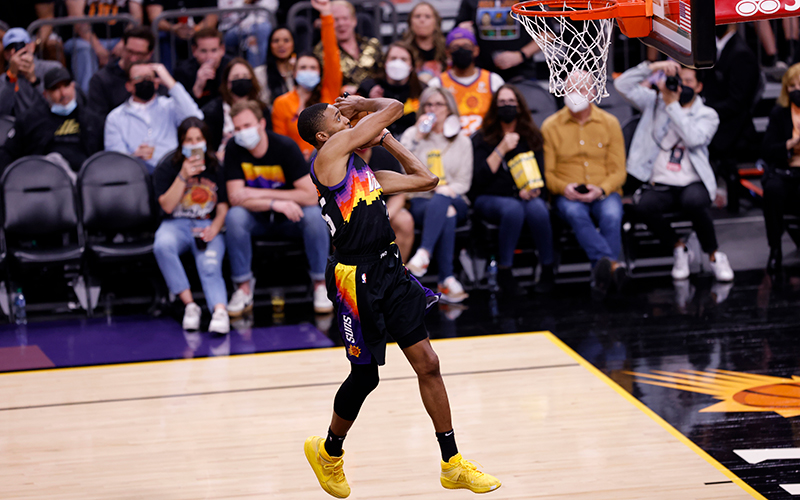 The exclusion of Booker and Paul from the starting pool angered the Suns’ fan base, which vented on social media. Williams was more philosophical, describing them both as “MVP candidates.”

“It’s pretty cool that they are both starting to kind of get that notoriety,” he said. “I don’t watch a ton, because I don’t want it to mess with my mind, but the things that I do see on ESPN, I’m starting to see both of them get that recognition. And I’m sure they would downplay it, but they deserve it.”

While FanDuel Sportsbook has Paul and Booker tied for the seventh-best odds to win MVP, both are considered longshots at 30-1.

“I think back to those days of dreaming just to be in the NBA,” Booker said. “Now to be voted as a three-time All-Star is pretty cool.”

Paul’s involvement in the weekend’s festivities go beyond his own participation. He is a popular HBCU advocate who helped coordinate the annual HBCU Classic that will air on television Saturday. If he is not able to play the next day in the All-Star Game, someone not already on the roster of Team LeBron or Team Durant will replace him. He mentioned last week he believes Suns’ forward Mikal Bridges and center Deandre Ayton deserve to be recognized as All-Stars.

Bridges’ odds are now a sixth-best 23-1 that he wins the NBA’s Defensive Player of the Year award, according to FanDuel Sportsbook. He averages just over 13 points and one steal per game.

“Those are the guys, they put me in the position for him to even say that, so just know I appreciate him for saying that,” Bridges said. “And I appreciate (Paul) for helping me duel after duel on the court. And I appreciate him being the person he is off the court for me. He helped me in a lot of ways ever since he got here, and I just can’t thank him enough.” 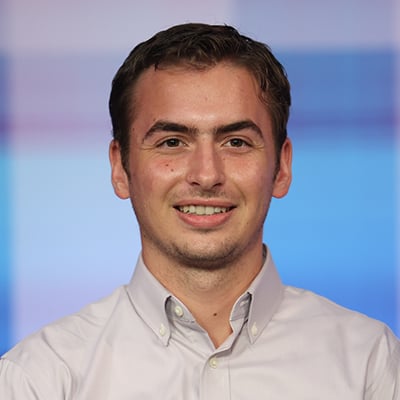