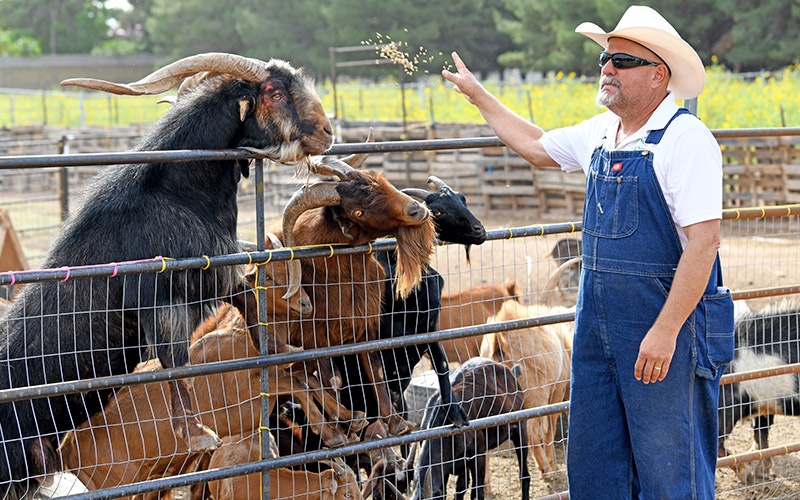 Wade Kelsall, owner of Mother Nature’s Farm, feeds his goats. Feeding the farmyard animals is one of the property’s most popular attractions. (Photo by Kevin Hurley/Cronkite News) 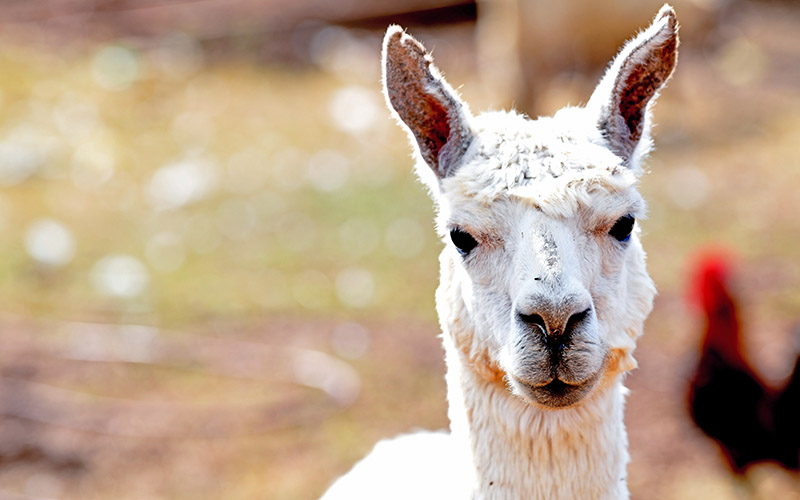 Mother Nature’s Farm has a few alpacas, as well as chickens, pigs, goats, geese, sheep, turkeys and many other animals that visitors can feed. (Photo by Kevin Hurley/Cronkite News) 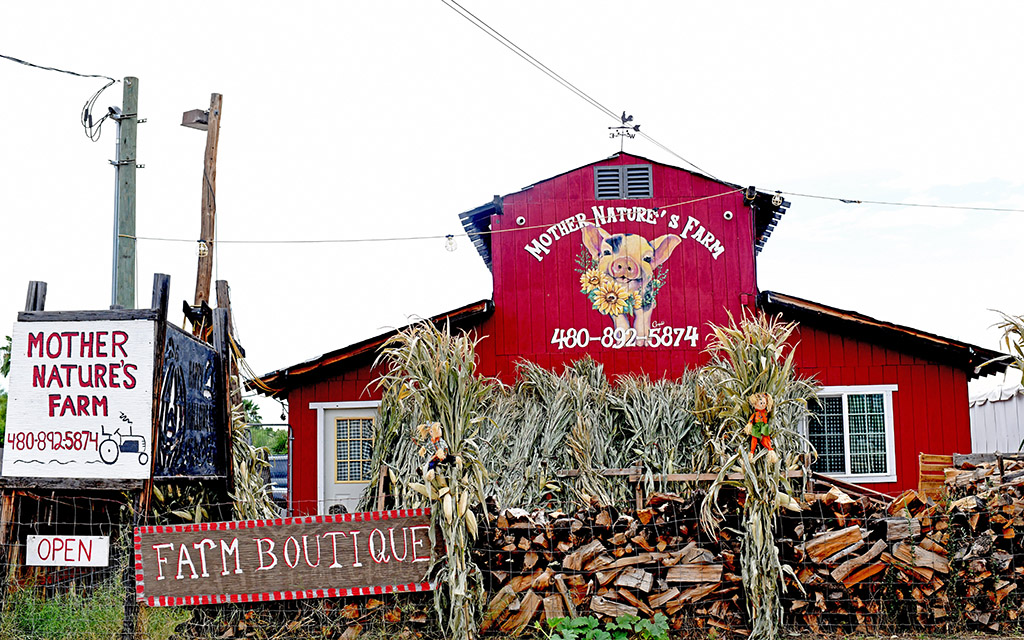 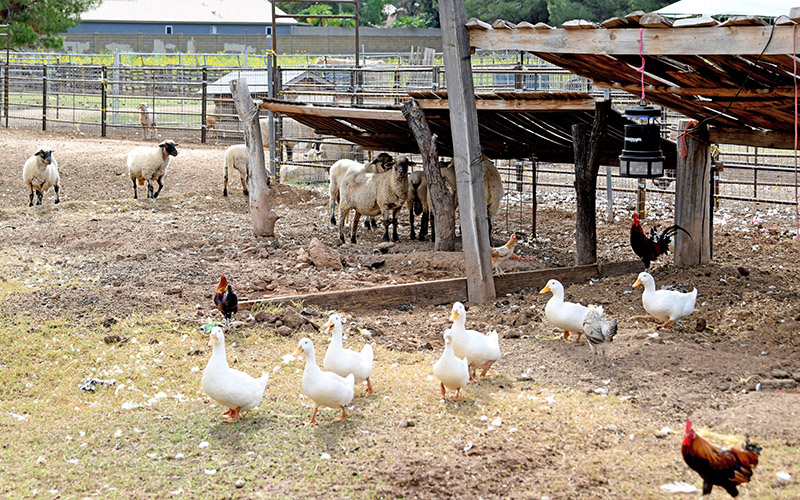 Arizona has about 19,000 farms, including Schnepf Farms and Queen Creek Olive Mill, both in Queen Creek, and Vertuccio Farms in Mesa – all of which, like Mother Nature’s Farm, offer various agritainment experiences. (Photo by Kevin Hurley/Cronkite News) 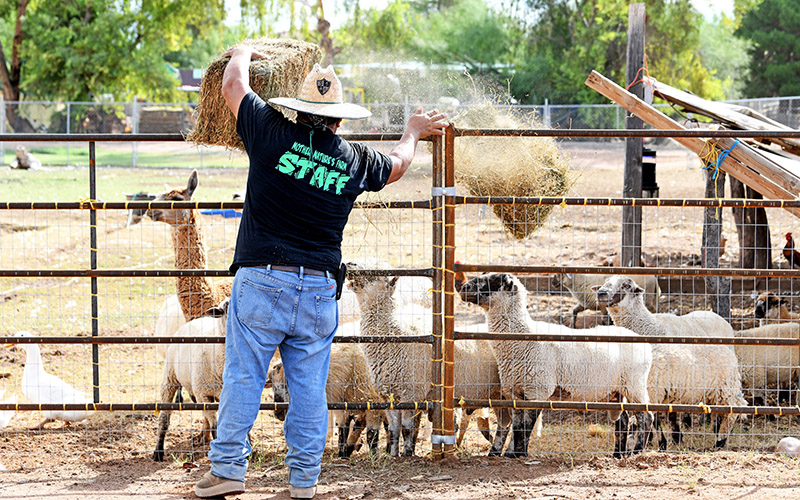 Mother Nature’s Farm staff feed alfalfa haystacks to sheep and alpacas. The alfalfa is grown at the farm along with apples, corn, peaches, pumpkins and pine trees. (Photo by Kevin Hurley/Cronkite News)

GILBERT – From petting zoos and hayrides to corn mazes and concerts, some farms in Arizona are opening their gates to the public with farm-based entertainment to diversify revenue and stay in business.

Across the U.S., more than 50,000 farms report at least a portion of their income comes from what’s known as “agritainment,” according to Penn State Extension.

Farm revenue in Arizona has been on a rollercoaster for years. In 2019, Arizona farms’ net income was about $1.4 billion. In 2020, that dropped to $582 million, according to the U.S Department of Agriculture, in part because of disruptions related to the pandemic.

Arizona has about 19,000 farms, including Schnepf Farms and Queen Creek Olive Mill, both in Queen Creek, Vertuccio Farms in Mesa and Tolmachoff Farms in Glendale – all of which now offer various agritainment experiences.

Mother Nature’s Farm in Gilbert is among those that have evolved to survive. It originated as a pig farm, started selling Christmas trees in the 1980s, and has kept growing and changing ever since. 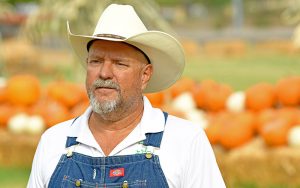 Wade Kelsall, owner of Mother Nature’s Farm in Gilbert, says agritainment farming provides a space for youngsters to learn about farming and where food comes from. (Photo by Kevin Hurley/Cronkite News)

When owner Wade Kelsall took over the family farm in 1988, he planted fruit trees and soon started selling pumpkins. Then customers asked to see behind the scenes, and offered money to do so, prompting Kelsall to further expand into agritainment.

The farm now features a petting zoo, hayride and tractor graveyard – all part of a fall festival that runs throughout Oct. 31. After Halloween, the property transforms for its Snow Day With Santa event and Christmas tree lot.

“Ninety-plus percent of our income is in October, and then we have December, and the rest of the year we are pretty much growing for those seasons and growing to feed our animals,” Kelsall said.

Many families, like Lawrence McKinney’s, come to Mother Nature’s Farm so their children can be exposed to a lifestyle they can’t find in suburbia.

“My kids like to pet the animals and feed the animals,” he said. “I also come for the pumpkin patch and the Christmas tree lot.”

Kelsall said the agritainment-style of farming provides a space for kids to learn about farming and where food comes from. 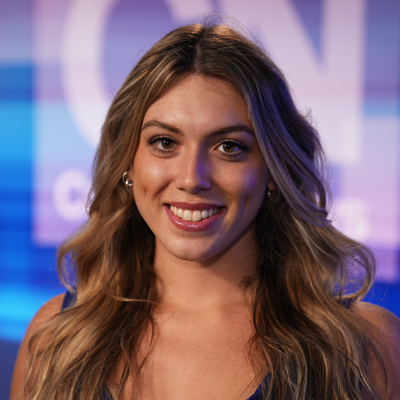