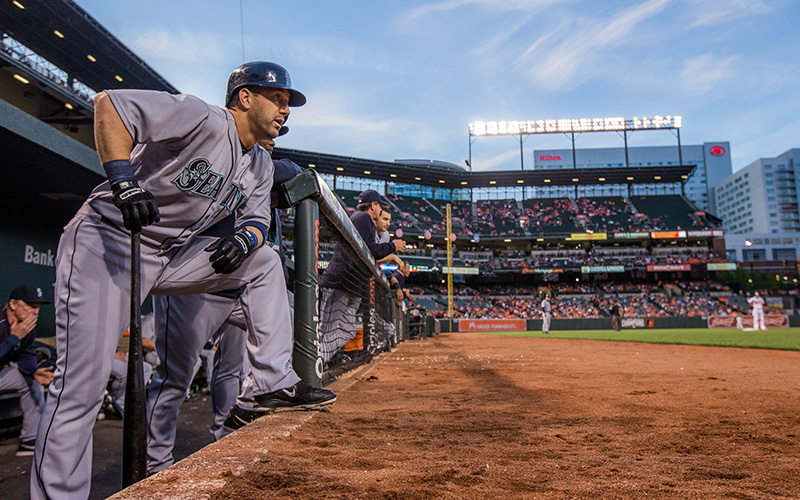 New coach Willie Bloomquist, shown during his days with the Mariners, has a vision for the Arizona State baseball team that involves living up to the program’s strong reputation. (Photo by Rob Tringali/MLB via Getty Images)

PHOENIX – Even though he grew up in Washington, Willie Bloomquist’s connection to Arizona runs deep.

From playing at Arizona State to spending eight seasons with the Diamondbacks as a player and then special assistant to team president and CEO Derrick Hall, Bloomquist has made the state his home, even though he grew up outside Seattle and played for the Mariners for nine of his 16 years in Major League Baseball.

“I love Arizona State,” said Bloomquist, who was named ASU’s baseball coach in June. “I view Arizona State as one of the best programs in the country and, for me, I want people to feel that way when they come here and understand that this place is special.”

Bloomquist plans to hold everyone, from the players to the athletic trainers to the equipment managers to the newly named coaching staff, to that mentality: If ASU isn’t where they want to be, he would rather they go somewhere else.

His love for ASU started early when his older sister attended school in Tempe. Andrew Beinbrink, Bloomquist’s ASU teammate, said his friend’s desire to be a Sun Devil was strong.

“I got to assume that he was just like, ‘I want to throw a dry baseball where the ball carries,’” Beinbrink said. “He just kept working toward that goal. When you’re in love with something, you’ll do anything to make it.”

The same was true of his decision to become a coach. It was always ASU. 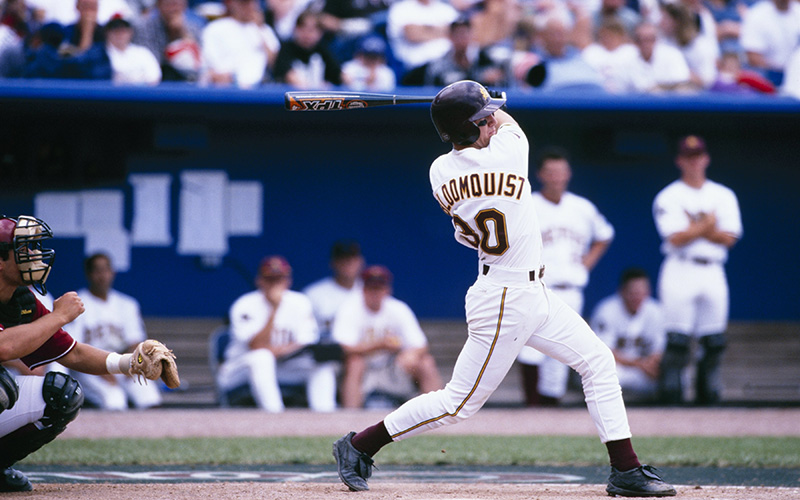 Willie Bloomquist, batting during the championship game of the 1998 College World Series, knows what it’s like to have success at a high level. (Photo by Vincent Laforet/Getty Images)

The way Beinbrink puts it, coaching isn’t as fun as spending time with family or going fishing, a passion Bloomquist and Beinbrink share. However, the chance to reignite the joy he felt playing in college was an opportunity Bloomquist couldn’t ignore.

One bond Beinbrink and Bloomquist share is that both lost their fathers relatively young. Beinbrink’s passed away while he was in college, a loss that inspired Bloomquist at the time to give up his scholarship for Beinbrink’s use so he could help his friend financially. Bloomquist’s father, Bill, died while Bloomquist was still playing professionally.

“We always had a pretty spiritual and soulful bond and both our dads had a huge impact on our lives,” Beinbrink said. “(Bloomquist) is very aligned with understanding the legacy that he leaves in the game, but, also, you know, in his family and with his daughters and being a parent.”

Bloomquist’s experience as a parent motivated him to work in the past with Phoenix Children’s Hospital. He and his wife, Lisa, started the Abe and Max Fund, which raised money to provide electronics and games for children with extended stays in the hospital. Bloomquist was the Diamondbacks’ Roberto Clemente Award nominee in 2012 for those efforts.

Mike Lair, director of integrated fundraising and annual giving for the Phoenix Children’s Hospital Foundation, said Bloomquist seemed to feel a personal connection to helping families make the best of bad situations because of how important fatherhood was to him.

“In a time when they’re at the hospital and don’t want to be there, they can kind of take advantage of and get away from whatever they’re dealing with,” Lair said. “That was important to him … just wanting it to be something that can help get kids to feel like they weren’t in the hospital for a little bit.”

The Bloomquists’ work helped kick off the still-operational Child Life Zone at the hospital. Lair remembers Lisa and Willie bringing “wagons” full of equipment from Best Buy themselves because they were so passionate about the cause.

Although the end of Bloomquist’s playing tenure with the Diamondbacks meant much of what he did with the Abe and Max Fund, like hosting children at games, couldn’t continue, Lair said he’s in conversation with Bloomquist to revamp his relationship with Phoenix Children’s Hospital now that he is coaching ASU. 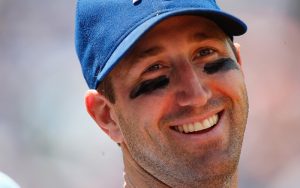 Willie Bloomquist was determined to play at Arizona State. His sister went to school in Tempe first. (Photo by Jamie Squire/Getty Images)

“We have a lot of sports figures within the Valley that do things for the hospital, we’re blessed in that way, but it was clear that Willie wanted to go above and beyond,” Lair said.

Going above and beyond is the story of the summer for ASU’s new baseball staff.

Bloomquist said coaches have been on phone calls nearly every day with players and potential recruits to get everything set. The amount of time he has spent on the phone has been the biggest surprise for Bloomquist, but not in a negative way.

Rather, he’s enjoyed learning how the recruiting process works on the coaching side, understanding new skills like managing scholarship money and scouting athletes across the country with a small staff.

Bloomquist knew he would need help recruiting and learning the ins and outs of college baseball, which is why Peraza was a particularly important hire.

“I’ve obviously just gave my heart and soul and my time to the college game and know how it’s structured, and they are veterans when it comes to just the game of baseball and knowing everything about it and how it’s played, so I think it’s going to be a good mix,” Peraza said.

Peraza looks forward to learning more from the other coaches’ experience as well as getting to teach them what he knows.

“Willie will be the first to tell you there’s a lot he doesn’t know and he’s already open to growth,” said Pat Murphy, bench coach for the Milwaukee Brewers who coached Bloomquist while he went to ASU. “I think that’s really important for coaches to understand: They don’t know what they don’t know.”

Beinbrink, who now works with baseball players during their college recruitment process through his company, SportsForce Baseball, described Bloomquist as one of his best friends. The pair talked often about Bloomquist’s plans for the program and his adjustment to the job. Beinbrink echoed Murphy, saying Bloomquist has made sure to surround himself with people who know how to keep up with an ever-evolving game.

Though it will be their first year together, members of the ASU baseball staff expect their team to compete with the best in the country.

“I don’t deal with losing very well,” Bloomquist said. “I don’t expect to lose so I’m trying to get the right guys in right now that are going to help us win.”

One of the draws of coming to ASU for Peraza was to “realistically” go to Omaha for the College World Series every year. Peraza, like Bloomquist, referenced wanting to live up to the program’s tradition as motivation.

“’I’ve been around some pretty good collegiate head coaches that I thought were really hard working guys,” said Peraza, who will serve as pitching coach and recruiting coordinator. “I can’t tell you how hard and passionate coach Bloomquist is about the ASU program. … His passion just really rubs off on everybody, his players and his coaches included, and I’m really excited to be part of it.”

Peraza said the staff is in the office from seven in the morning to 10 at night but hasn’t found working long hours a negative because of Bloomquist’s enthusiasm.

That enthusiasm is already translating into success for the team. While recruiting one athlete, Bloomquist’s speech about what makes ASU great resulted in the athlete signing with the school.

“It gave me chills, it got me fired up,” Peraza said. “I was ready to go out there and try to get as many guys in here as possible and, shoot, I wanted to put the uniform on right then and there myself.”

Goff, who will be the assistant coach, said one of the reasons the coaching staff jelled so well from the beginning is Bloomquist’s commitment to only hiring those as dedicated as he is.

“Our mentality is we don’t care how many hours it takes,” Goff said. “In baseball, there is no clock. You don’t punch a time clock in or out. You do whatever it takes to get it done.”

Murphy, who led the program to some of its most successful years, believes it will thrive under Bloomquist because Bloomquist will set, and hold everyone to, high standards.

The two are close and keep in touch. One of Murphy’s favorite moments from when Bloomquist was at ASU came during a trip to Oregon. Bloomquist’s father came to the game and Bloomquist went 0 for 4. 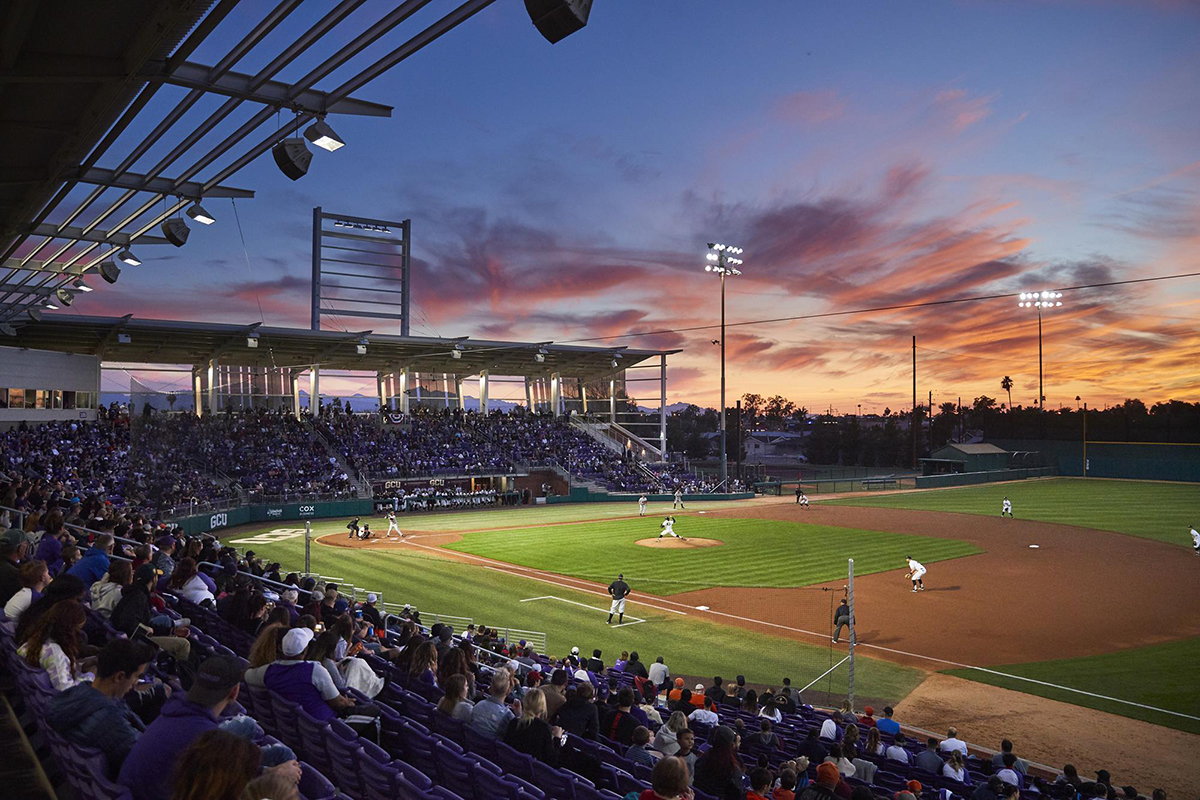 When Murphy saw Bill in the hotel, he smiled at him.

“I’m so happy because I’m certain he’ll be 4 for 4 tomorrow,” Murphy responded.

The next day Willie went 4 for 4, just as Murphy predicted.

“That’s just the type of kid Willie was. He just responded to anything,” Murphy said.

Beinbrink remembers the same qualities in Bloomquist. Even in high pressure situations, Bloomquist stayed true to who he was.

“In a game like baseball you really got to be settled, your mind’s got to be clear, you have to be very calm and you got to make really good decisions,” Beinbrink said. ”That requires a tremendous amount of clarity and calm and almost a deep faith in your ability to perform under that pressure.”

Goff, who coached Bloomquist during his time on the Mariners, said those qualities in Bloomquist mean he isn’t worried about the role-reversal with Bloomquist being in charge now, saying Bloomquist’s vivacious passion has given him renewed energy.

“I’ve known this kid for a long time, and knowing what he’s all about, what his work ethic is, his passion for the game, and knowing that everything he touches in life he’s a success at and being with a guy like that … this is just an honor,” Goff said.