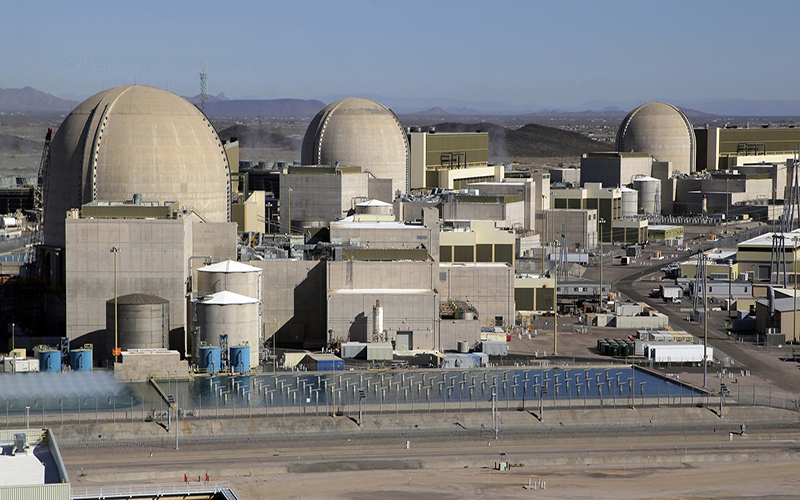 The Palo Verde Nuclear Generating Station in Tonopah was commissioned in 1985 and is the largest nuclear power plant in the U.S. (Photo by Michael S. Sexton/Arizona Public Service) 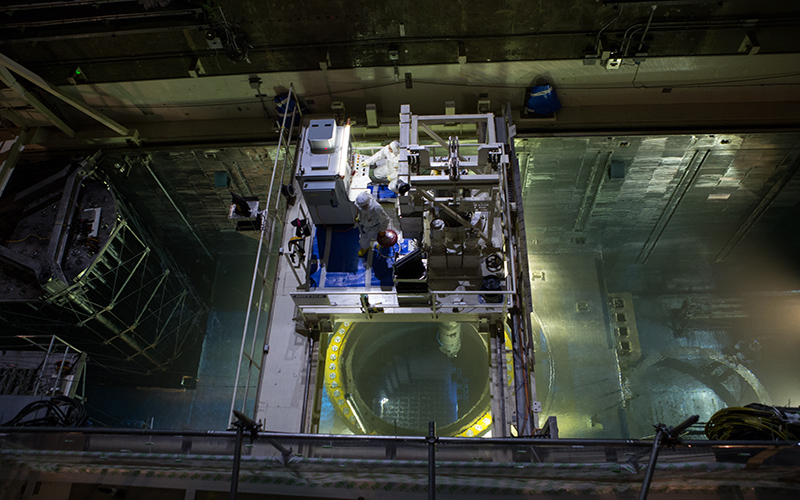 PHOENIX – The rising demand to eliminate fossil fuels has left some researchers and activists skeptical that nuclear energy can be part of the solution to meet climate goals. But a recent study finds that the Palo Verde Nuclear Generating Station outside Phoenix may be key to eliminating carbon emissions from utility grids across the Southwest.

In a joint study called the LA100, the Los Angeles Department of Water and Power and the National Renewable Energy Laboratory found that LA could eliminate fossil fuels from the power supply as soon as 2035. That’s one of four scenarios envisioned by the federal laboratory, which specializes in renewable energy research.

The city would need to make large investments in building infrastructure and renewable energy sources, such as solar, wind and geothermal power, along with help from nuclear and hydropower plants, the study said.

In Arizona, utility regulators are pushing to achieve similar goals by 2050.

It’s the first study the lab, known as NREL, has conducted to explore the reliability of 100% renewable energy in LA with detailed solutions to the “clean energy transition,” said Jaquelin Cochran, a lead researcher with NREL.

“We’re building a lot of resources that both simultaneously meet increasing demand, hotter temperatures and renewable energy targets,” Cochran said. “This is not a light effort, it is an investment, but it’s the investment that we’re showing is reliable – you can make a renewable system reliable.”

Across state lines, Arizona Public Service, Arizona’s largest utility and operator of the Palo Verde plant, plans to transition to 100% carbon-free power generation by 2050 and eliminate all coal-generated power by 2031 – a goal largely attainable due to the output from Palo Verde.

CORRECTION: An earlier version of this story mistakenly described uranium pellets in the 10th graf. The story here has been corrected, but clients who used earlier versions are asked to run the correction found here.

“We’re already starting, we’re making this commitment to 100% clean (energy) by 2050, and we’re already halfway there,” said Jill Hanks, spokesperson for APS. “We’re at 50% clean and that is in large part due to Palo Verde, and we believe that there is no path to a cleaner energy future without nuclear energy.”

One uranium pellet used at the Palo Verde plant generates about as much power as a ton of coal or 149 gallons of oil, according to the Nuclear Energy Institute in Washington, D.C.

Earlier this month, the Biden administration proposed its $2 trillion infrastructure plan, which included a Clean Energy Standard to eliminate carbon emissions from the power industry by 2035 to fight climate change.

Federal officials say Palo Verde and other nuclear plants can serve the country’s long-term goals, and the administration has signaled that breakthroughs in advanced nuclear plants will help achieve national climate initiatives, a departure from the climate policies of the Trump administration.

“Our goal is reliable, resilient, affordable, and clean – and nuclear hits all of those,” said Shannon Bragg-Sitton, the national technical director for the Department of Energy’s Integrated Energy Systems program. “And it has to be part of that mix to find these solutions in a way that’s affordable.”

Yet, some researchers say Palo Verde and other nuclear plants are not a permanent solution to carbon-emitting power sources because the amount of resources needed to manage such plants is “enormous,” said Meng Tao, Arizona State University professor at the School of Electrical, Computer and Energy Engineering. 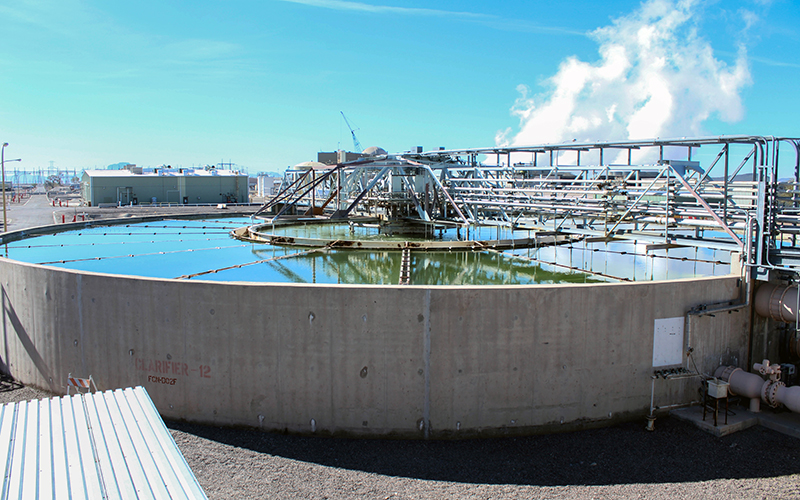 “It’s pretty clear that renewable energy is going to be Arizona’s future,” said Sandy Bahr, director of the Sierra Club’s Grand Canyon Chapter. “We think that the direction that Arizona is going right now, and will go in the future, is with renewable energy, energy efficiency and not new nuclear.”

Tao echoed Bahr in saying that the future of Arizona’s power grid is shifting toward increased use of solar and other renewable sources, but he noted that the technology to store power and manage waste from photovoltaic plates isn’t there yet. In the meantime, nuclear generated power can “buy us time so we can build up the solar capacity,” Tao said.

Bragg-Sitton disagrees; instead, she expects nuclear energy production to increase with advanced nuclear technology – such as small modular reactors that vary in size and scale to meet region-specific energy demands – to power growing populations such as those in Arizona and California.

“I really don’t see a way that we can continue to meet growing electricity demand, and growing demand in the transportation sector and the industrial sector, and still achieve net-zero carbon goals or even dramatic reductions in carbon,” Bragg-Sitton said. “Because if we look at what’s happening elsewhere, as nuclear plants go offline, they’re not being replaced by wind and solar, they’re being replaced by natural gas in many regions.”

In recent years, retired nuclear plants in the U.S. were replaced with coal and natural gas to make up for lost electricity, according to the U.S. Energy Information Administration.

Densely populated regions like Southern California and metro Phoenix need a diversity of energy resources to support growth, Bragg-Sitton said, and “we certainly can’t throw away any of these options.”

“If we’re going to be serious about a clean energy transition, we need to look across the board,” she said. “We need to look at those growing sectors in all of these regions and understand where their energy is currently coming from and how that can be replaced with zero-carbon emission technologies.”