After an inconsistent start, the Arizona State men’s basketball team appeared to have turned the corner against California and Stanford. Coach Bobby Hurley said adding some size to the lineup “put us in a better position to establish ourselves defensively early in the game.” (Photo by Kevin Abele/Icon Sportswire via Getty Images)

TEMPE – Bobby Hurley has never been afraid to wear his emotions on his sleeve. When a call didn’t go Arizona State’s way Saturday night in the second half against Stanford, the Sun Devils men’s basketball coach leaped onto the court in frustration, but slipped and tumbled back toward his bench, laughing as he sat on the floor.

It’s a moment Hurley’s team will never let him forget.

“I had a good jump on the sideline but couldn’t stick the landing, so I have to deal with that now with my team,” Hurley said after the game.

Hurley’s fall is symbolic of the Sun Devils’ uninspiring start to their season heading into matchups last weekend against the California Golden Bears and the Stanford Cardinal. ASU, a team projected to finish near the top of the Pac-12 conference, had slid to a 4-8 record, losing six straight games in the process, the program’s longest losing streak in a decade.

The list of reasons for the Sun Devils’ struggles was long and varied, from the lack of ball movement or poor shot selection or defensive breakdowns, which led to back-to-back losses at the buzzer against Oregon State and Arizona. However, against California and Stanford, the Devils showed signs that the slow start and six-game losing skid were a thing of the past. 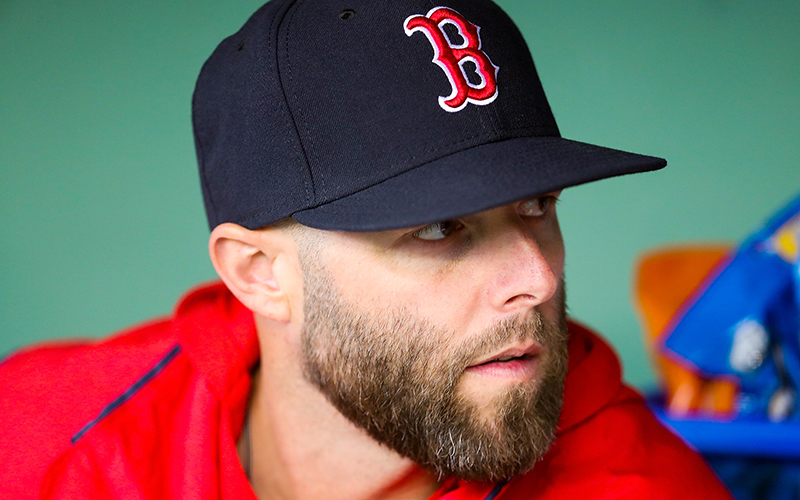 The Sun Devils had struggled to close out games all season, but were able to finish off four-point wins against both the Golden Bears and the Cardinal.

“We’ve got a young group of guys and I felt like we didn’t know how to finish out games,” senior guard Alonzo Verge Jr., said after defeating Stanford 79-75. “Now that they see what it takes and what we have to do (to finish games), I think they have the hang of it now and we can finish out more games.”

Hurley moved senior forward Kimani Lawrence into the starting lineup against the Golden Bears and the Cardinal in hopes that the additional size — Lawrence is 6-feet-8 — would ease the Sun Devils’ struggles early in games.

“I liked our size initially,” Hurley said. “We got some bigger bodies on the floor and some more interchangeable defenders with Marcus (Bagley), Kimani, and Josh (Christopher). … It put us in a better position to establish ourselves defensively early in the game.”

The move allowed Verge to settle into a role on the bench where he excelled last season, earning the Pac-12 Sixth Man of the Year Award. It’s a sacrifice Verge is willing to make and his coach believes could be a positive the rest of this season.

“When (Verge) comes off the bench, it provides me with the opportunity to go to him when Josh (Christopher) or Remy (Martin) are not in the game where he can be the focal point in the offensive end,” Hurley said.

The Sun Devils offense had been a middling group all season, with problems moving the basketball, making the extra pass, and generally being unselfish. Against the Golden Bears and the Cardinal, the Sun Devils showed signs they were finding their footing on offense. One possession in particular against the Cardinal stood out to Hurley.

“One of the best things I saw was a possession we never scored on,” Hurley said after the game against Stanford. “It was beautiful basketball on the offensive end. We were moving (the basketball) and, to their credit, they kept closing out. But we kept driving it and finding someone else. It didn’t result in a basket, but it showed progress in our offense and our unselfishness.”

On the defensive end, the Sun Devils got a lift from sophomore guard Jaelen House. Against the Golden Bears and Cardinal, House looked like the energetic defender he had been in his freshman campaign, something he’d gotten away from earlier in the season.

“I have to be more aggressive,” House said. “At first, I was playing timid and trying to not come out of the game instead of playing my game. I feel like I’m getting back to myself now.”

House’s presence and energy level on defense permeated through the Sun Devils’ roster and raised the effort and energy of the entire defensive unit.

“House provided a unique spark and it was contagious amongst the group,” Hurley said. “We need more life infused into what we’re doing and I think (House) did that.”

“Coach always wanted us to pressure,” Verge said. “It’s something we went away from. He wanted to get back to what he does best and that’s pressuring the ball, making teams go fast and turn the ball over. He wanted to go back to what was helping us win before.”

Hurley’s Sun Devils grew accustomed to winning at home, posting a 59-23 record at Desert Financial Arena in the past five seasons under Hurley. Before defeating the Golden Bears and Cardinal, the lone win the Sun Devils had recorded at home this season was a 100-77 victory over Houston Baptist in late November.

Due to COVID-19, Desert Financial Arena, like many arenas across the country, has not hosted fans at Sun Devil home games. However, the missing crowds have been felt more on the road than at home for Hurley’s group.

“I think it’s a pretty level playing field,” Hurley said. “There isn’t a true advantage. I haven’t noticed much of a difference between playing at Desert Financial or McKale Center or up in Connecticut. It’s all been very much the same.”

The lack of fans at home could start to become a positive for the Sun Devils, as their bench can be heard loud and clear on the court.

“Our bench was outstanding,” Verge said. “They were loud, vocal, and letting us know to watch the back cut. We’re starting to take advantage of the gym being so quiet.”

Unfortunately, due to COVID-19, the Sun Devils’ games against Colorado and Utah this weekend have been postponed. The Sun Devils’ next game is scheduled for Thursday against the Oregon Ducks at Desert Financial Arena.

While they won’t be in action this weekend, the Sun Devils don’t want to forget that winning feeling that had eluded them for six straight games.

“We like the feeling of winning,” senior guard and team leader Remy Martin said. “This team wants to win more … but we realize that things can go downhill very fast.”