Saguaro High is one of the schools whose schedule has been most impacted by COVID-19. (File photo by Jamie Nish/Cronkite News)

SCOTTSDALE – After shuffling their schedule a whopping four times, the 2019 Open Division State runner up Saguaro Sabercats can truly say they have had to hustle to reach the five-game minimum to be eligible for the 2020 AIA playoffs.

Sabercats athletic director Matthew Harris described the difficulties of replacing the four opponents that were forced to cancel their games against Saguaro, which is 4-1.

“We had four opponents cancel on us. Of those four opponents we were only able to reschedule two games,” Harris said. “One of those games we rescheduled was Horizon, which was a previous opponent that had canceled, so it’s great to be able to make that one up. We (also) had a game canceled with Campo Verde. That was a week that at the last minute, about 30 hours before game time, we made an agreement to play (against) Casteel. We were really appreciative that they stepped up and were willing to play on such short notice, so that was a great feeling.

“If we’re able to make it through Friday’s (game), we will play six of our eight games scheduled this season, but did not get to play Chaparral, Notre Dame Prep, (or) Campo Verde.”

The Sabercats sit at No. 13 in the AIA Open Division rankings and Harris is grateful that the team will likely appear in the Open Division playoffs if Saguaro picks up a win Friday at home against the 3-4 Gilbert Tiger.

“You don’t take anything for granted right now,” Harris said. “When you understand and see what’s going on, you’re obviously empathetic to anything happening in any other football programs. COVID-19 has been relentless, and unfortunately, I think there’s a lot of things happening outside of schools and outside of sports that made things spike and increase.

The cancellations have affected the Sabercats at not only the varsity level but the JV and freshman team level as well. 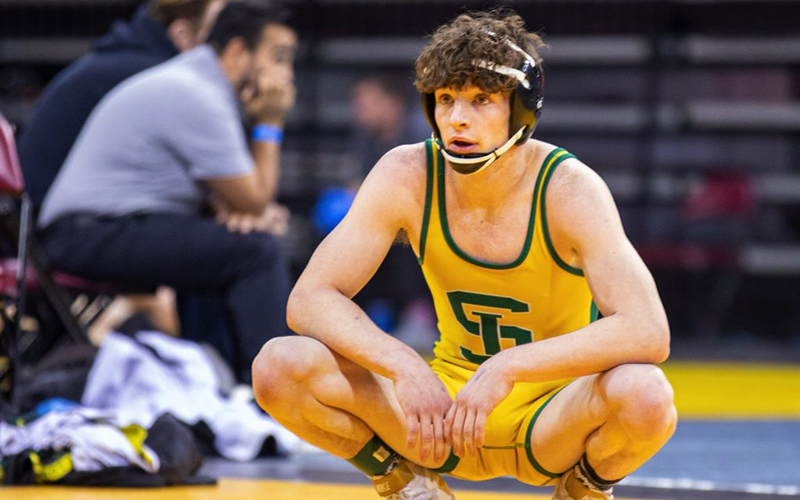 The Sabercats’ Nov. 13 opponent, the Horizon Huskies, have dealt with schedule shifts and a team outbreak of their own. Flexibility has been important for Huskies coach Ty Wisdom.

“It’s obviously not ideal for anyone, and with the COVID stuff you just have to be really flexible,” Wisdom said. “The kids (are), the parents (are), and the coaches (are). At the end of the day, when you are able to play and there are two teams that are able to play with this stuff going on, you got to find games, and you just play whoever is available.”

Wisdom admits that there has been a lot of changes this season, especially when the Huskies dealt with a team outbreak.

“When we had to go into quarantine, we weren’t able to practice for two weeks, and we were back to doing the online meetings,” Wisdom said. “We went on a three-game winning streak, and then bam, we get hit with, ‘Well, you can’t practice for two weeks, you got over 75 kids in quarantine.’ It throws a big wrinkle on things, but at the end of the day, everybody’s health is good, and we were able to get back practicing on November 7. We (were able) to play an all-star team (in Saguaro).”

Wisdom and his team were very excited to get back on the field against Saguaro on Nov. 13, even though the Sabercats beat Horizon, 26-0.

“It’s just one of those things where there’s nothing guaranteed, and you tell the kids that all the time,” Wisdom said. “This year, it just means so much because these kids know (the game) was taken away from them. We’ve only been able to play five games, and we’re hoping to get to play our last one. We’re hoping to get into the postseason, finish the year, and reach some of our goals that we set out to do.”

The Huskies went through the challenge of only having 29 available players against Gilbert, but still won, 49-7. A few days after that game, the Huskies were forced into quarantine for two weeks before taking the field again against Saguaro.

Wisdom would love for 5A’s No. 11 ranked Huskies to be a state title contender, but he’s keeping his team focused on the present.

“It’s one of those things where I hope we get the opportunity,” Wisdom said. “Obviously, there’s a lot of things that have to happen. I don’t even know how they’re going to do the rankings.

“Obviously, you got teams only playing five to eight teams that played completely different schedules. I laugh at (the fact that) they didn’t even have Saguaro in the top 16 in the open (division), and it’s just a matter of not getting a good sample formula when you only got three to four games. Hopefully, they use the human factor, throw that into it and get the best teams in the open, 6A and 5A, because I think what everybody wants is to get the best teams that deserve to be there and can go compete.”

Will the cancellations continue to come rapidly?

“It’s kinda like the magic eight ball, right?” Wisdom said. “Knock on wood, we hope we continue to move forward, but I look at my phone and somebody is getting tested (or) quarantined. We just take it day (by day) right now. That’s all you can do. And obviously, the unfortunate part for the kids is just that they’re missing out on some great experiences. We’re fortunate enough that hopefully, we’ll get to play this Friday and then kind of go from there. But they say the cases are going up in Maricopa County and all that, so we’ll just knock on wood that we get to play this Friday. And then we’ll let the chips fall the following week.”

Casteel Colts coach Dr. Bobby Newcome is also just happy to have his players out there on the football field.

“For us, it’s just been about an opportunity to play football,” Newcome said. “(Going) back 6-8 months ago, it was a chance we wouldn’t be playing football at all. The fact that we’ve been able to play six games, we’re just grateful that we get the opportunity to play under the lights on Friday night.”

The Colts, ranked No. 13 in 6A, were able to schedule a last-minute matchup with Saguaro on Oct. 30, one that Newcome was elated to squeeze in.

“(Jason) Mohns reached out to me,” Newcome said of the Saguaro coach. “I really appreciate the opportunity to play them. We talked about it as a team and said, ‘Hey, we want to be at that level. You got to go play those guys. Yeah, we do get 24 hours to prepare, but they get 24 hours too.’ It was a great opportunity to get to play football, to play against a high caliber team. We were just fortunate that they were looking for a game as well and it worked out on such short notice.”

Newcome’s team is focused on not taking each practice or game for granted and hasn’t looked ahead to the playoffs quite yet.

“I haven’t thought about it at all,” Newcome said. “The mindset is just being grateful to be out at practice (and) to be able to play on a Friday night. We (have) to take advantage of every day of football we get.”