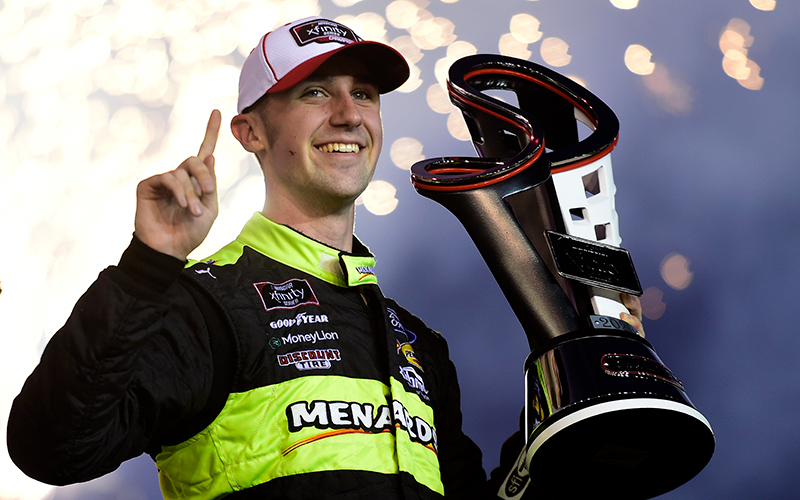 AVONDALE – Phoenix Raceway received its highly anticipated time in the spotlight with NASCAR’s Championship Weekend. This was the first time the sanctioning body held the prestigious honors outside of Homestead-Miami Speedway in 19 years and the on-track product did not disappoint.

Before a new NASCAR Cup Series Champion was crowned in Sunday’s season finale, the sport’s lower divisions were celebrated and the developmental drivers ascended their way through the ranks. All of these young drivers competing for their future and livelihood in NASCAR delivered an impressive racing product in their respected series, earning their titles of “Champion.”

Compiling one of the most impressive seasons in the NASCAR Xfinity Series was Austin Cindric. The 22-year-old went on to score six wins and 26 Top 10 finishes through 33 races, but how he handled 2020 required immense initiative and growth, and it showed at Phoenix Raceway.

Labeled as a road course specialist entering the season, Cindric hadn’t won on an oval in any of the NASCAR National Series in his young career. Prior to the indefinite halt due to COVID-19, he’d shown flashes of brilliance, but he couldn’t quite get over the hump. But when team owner Roger Penske expressed uncertainty in the future of his Xfinity program, Cindric noticed a significant improvement in his performance once racing resumed.

Cindric clicked off his first oval win at Kentucky Speedway and after that he never looked back. He went on to win two more consecutive races following that elusive victory and ultimately won the most important race on the biggest stage at Phoenix Raceway.

In a season that can only be defined as career-defining in terms of growth and accolades, Cindric displayed masterful progression, but he feels he has a long way to go before being promoted to the NASCAR Cup Series in 2022.

“I think for me it’s a lot of the small details that the guys on Sunday do really, really well, whether if that’s projecting where the track is going to go or understanding what they need out of their car to be versatile,” Cindric told Cronkite News. “On paper there’s not a whole lot left, but for me there’s a lot more left to study, and I’d like to hope to find myself at a capacity where I can stay at the track on Sundays and watch from the spotter’s stand.

“That was my goal initially to start the year, and I honestly think that helped me for this race. I stayed for the Cup race on Sunday, stood on the spotter’s stand and watched the whole thing and picked up a lot of things that I felt like either worked or didn’t work for me in the race and gave me a lot of time to brainstorm.”

Cindric will have the chance to perfect his craft as he attempts to defend his title for Team Penske in 2021. The following year he will pilot the famed No. 21 Wood Brothers Racing Ford in the Cup Series. 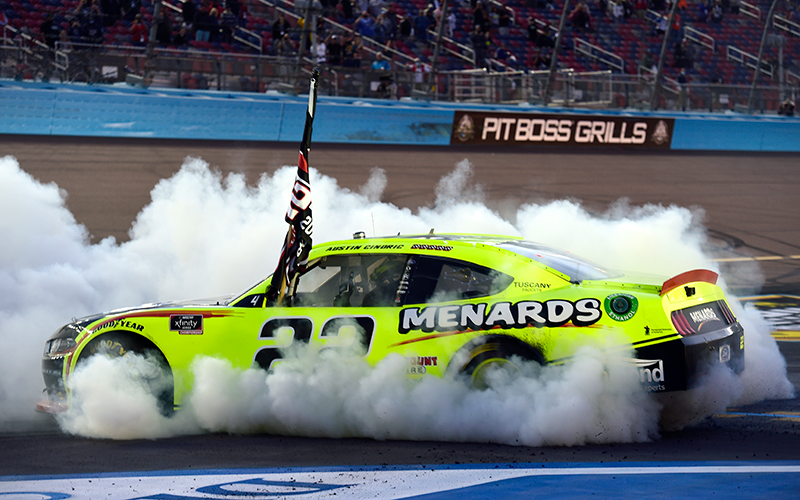 The NASCAR Gander RV & Outdoors Truck Series season finale proved to be a true battle of strategy and stealth. Sheldon Creed went the distance against two of his GMS Racing teammates and the experience of series-veteran Grant Enfinger in a title fight that will be remembered for years.

Creed’s teammate, Brett Moffitt, led a race-high 78 laps and was ready to deliver the final blow until a late-race incident forced an overtime restart. Opting to pit for fresh tires while a majority of the field stayed on track, Creed surged from ninth to victory lane in just two laps to secure his first NASCAR National Series Championship.

The 23-year-old’s pit crew was lights out all season and kept him in contention all night. In fact, had it not been for their diligence, he may not be the 2020 Champion — and he knows this. He believed it required a total team effort to put together a complete season.

“GMS is probably the biggest truck team, and they just have so many tools and resources,” Creed told Cronkite News. “I feel like Chevy’s engineers have been getting better. Everyone is on the same page and working well together. It took all last year. I feel like our trucks had speed, but not what they do right now.

“I can only go as fast as I can driving. The truck has to go fast also. The trucks have been incredibly fast this year. That’s at least 50 percent of it.” 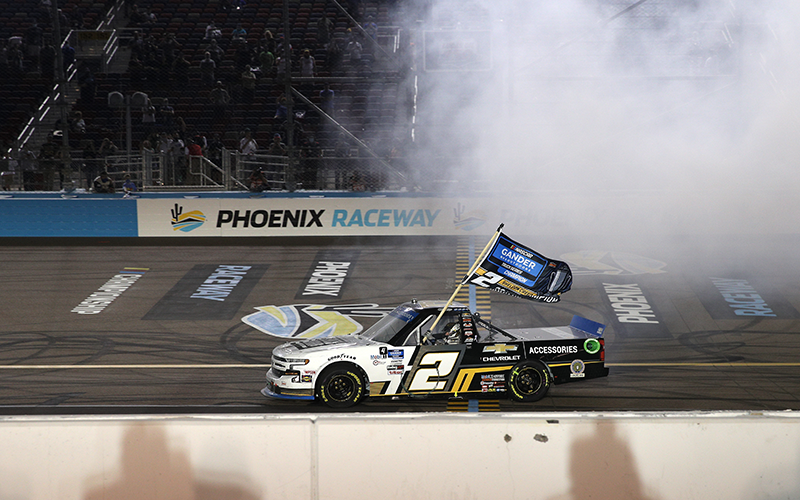 Sheldon Creed, driver of the #2 Chevy Accessories/Trench Shoring Chevrolet, said, “I can only go as fast as I can driving. The truck has to go fast also.” (Photo by Chris Graythen/Getty Images)

Serving as a pipeline for future drivers in NASCAR’s National Series is the ARCA Menards Series. Many of the athletes in this division are still in high school, and in many cases it’s not uncommon for them to be without their driver’s license.

Entering the finale with a 14-point lead, Jesse Love was all but a lock to win the championship. The 15-year-old finished outside of the Top 10 for the first time all season at Phoenix Raceway, but that was all he needed to do to lock up the ARCA West title. 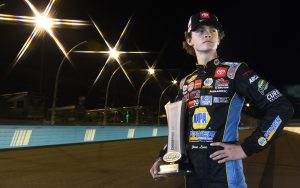 Jesse Love, driver of the #19 NAPA Power Premium Plus Toyota, entered the finale with a 14-point lead. He knew he couldn’t be too aggressive. (Photo by Jared C. Tilton/Getty Images)

“I just knew when the race started I had to control everything I could control,” Love said. “Kind of put my pride aside and just try to race the nine car and not put myself in any situations. If I could find a gap, I would drive forward to get to that gap, or I would just back off to get to that gap so I could just be by myself and not have to get in any dog fights or anything like that.

“Had to be smart about it. It was killing me. I wish I could have been more aggressive, been able to race really hard. But one of those deals, but obviously it’s cool. Paid off in a championship.”

Love hasn’t revealed his plans for 2021, but it can be assumed with three wins in 2020 that he’ll have a ride. Winning this championship with Bill McAnally Racing, it wouldn’t be out of the ordinary to see him compete full-time in the generalized ARCA Menards Series.