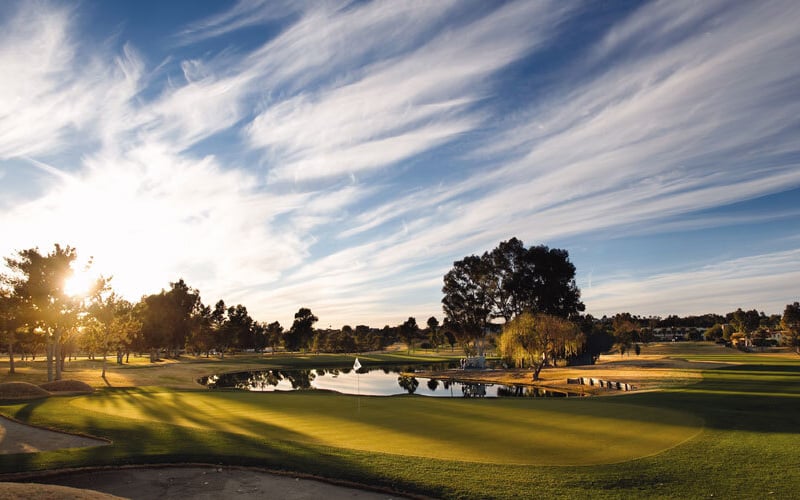 PHOENIX – Led by senior Katie Stinchcomb, Pinnacle High School beat some of Arizona’s best girls golf teams at the State Preview tournament in Laveen recently and served notice the Pioneers were ready to defend their Division I state championship Monday and Tuesday in Tucson.

They will try to do it at an event that will have a decidedly different feel.

Because of the COVID-19 pandemic, safety measures are in place. Spectators at the Omni Tucson National Resort are limited to two per player, and they are required to wear masks. Players must also wear a face covering before and after competition and remain at least 6 feet away from other players or spectators.

Even during play, there are rule changes to prevent infection. Players may not touch or remove the flagstick, and there will be no rakes placed in or near bunkers. Players are encouraged to smooth the sand using their feet after hitting a shot from a bunker. And when their ball lands in a bunker, players are allowed to pick up and place their ball within one club length of where it comes to rest, improving their lie if needed because of imperfections in the sand.

Regardless of the conditions, the Pioneers will be tough to beat in the girls Division I competition.

The Pioneers knocked off Xavier Prep at the state tournament in 2019, ending a streak of eight straight championships by the Gators and handing Xavior only its fourth loss since 1979.

Along with Stinchcomb, the Pioneers placed sophomore Carolyn Fuller (even par, tied for fifth) and senior Sydney Seigel (2 over, tied for 10th) among the top 10 individually at the Preview.

Still, Pioneers coach Charlie Wilde emphasized the importance of improvement before the Pioneers tee it up at the state tournament Monday and Tuesday at Omni Tucson National Resort golf course.

“(They’ll be working on) things that they didn’t do well in the State Preview tournament,” Wilde said before the Pioneers departed for the state tournament. “One girl’s short game needs to be tweaked a little bit. I think they’re all going to see their pro swing coaches. They’ll all go see them just to make sure everything’s in alignment.”

The state’s best players all have distance in their game, but Wilde said it is the short game that will separate the best players and the top teams in Tucson. He said the Pioneers planned to work on hitting “a lot of short putts, to make sure they’re not giving away shots. 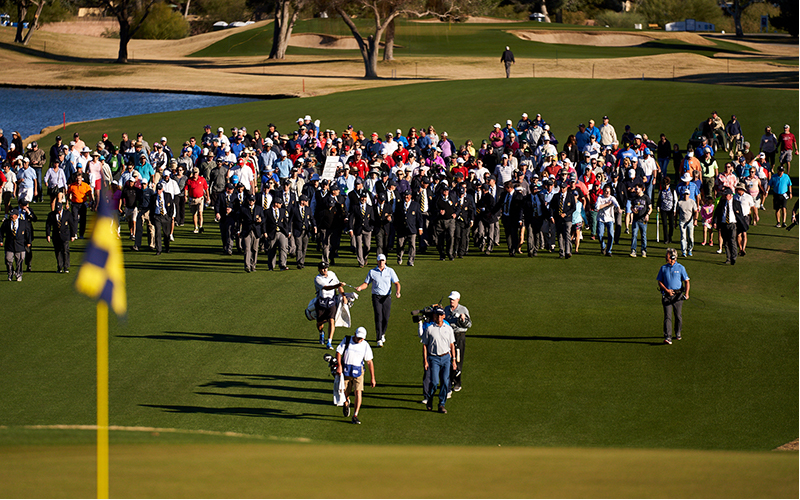 Two years ago, spectators were everywhere when the resort hosted the Cologuard Classic. At the high school tournament this week, only a limited amount of fans can attend. (Photo by Darren Carroll/Getty Images)

“The short putts, I think everybody misses a couple. We’re going to really work hard on those short putts. I think they realized that they can have a really good day and we got to stay sharp, mentally focused on what their goals were.”

Wilde said that his girls had set some goals at the beginning of the year and they were humbled by their over-par performance, despite winning at the State Preview. He knows that there are multiple challengers in Division I.

“We were losing most of that tournament, so it’s possible for people to come (after us),” Wilde said. “They’ve had so much success I don’t think they got big heads or anything, but I think this just made them realize that (other) teams can shoot well. So they (have to) play well and be mentally ready to go.”

Despite going to Tucson as heavy favorites, Wilde knows the Pioneers still must perform on the course.

“That’s why we play the (tournament on) Monday (and) Tuesday,” Wilde said. “There (are) no guarantees whatsoever. You (have) to go out there. Golf’s probably the hardest game to guarantee with, because anything could go wrong. We’re going to go out there, we’re going to compete as well as we can, and (we’ll) hope for the best.”

Wilde is not targeting a particular score. Consistency, he said, is most important.
“This team can go very low if they need to, but they just need to do what they do best, and that’s (being) consistent,” Wilde said. “Whether that’s as a team being 4- or 5-over each day, whether it’s being even (par) each day, they just need to be consistent like they always are. And I think that’s the big difference, some teams get hot and can be hot one day, and then the next day they’re not as hot. This team is just consistent, day in and day out.”

Senior Kyla Wilde was disappointed in her performance at the State Preview, but bounced back to finish second individually in Pinnacle’s final match against Sandra Day O’Connor.

Wilde was among three Pinnacle players to play a practice round at Omni Tucson National on Saturday. The full team practiced Saturday before leaving as well.

Wilde said she simply wants the Pioneers to play well rather than focusing on a score.

“I don’t know if there’s a certain number we need to shoot, but we’re all hoping to play really well,” Wilde said. “As long as (we) play (well), I think we’ll end up doing pretty well. I feel like we have a pretty good chance this year. Just like last year.”

As for the Xavier Prep Gators, the team in an unfamiliar underdog position, associate coach Tui Selvaratnam said the Xavier staff has pushed its girls hard to improve after the 10-shot loss at the State Preview

“We will be ready,” Selvaratnam said. “They’ll be getting private lessons from their (swing) coaches. They will practice and get to know (the course). We (went) to Tucson for a practice round on Thursday and (we will) be prepared for Monday. Each player on the team will have to improve by a few shots, at least two or three, so that we can have a better showing at state (on Monday).”

Selvaratnam knows that her team must go low to knock off the defending state champions.