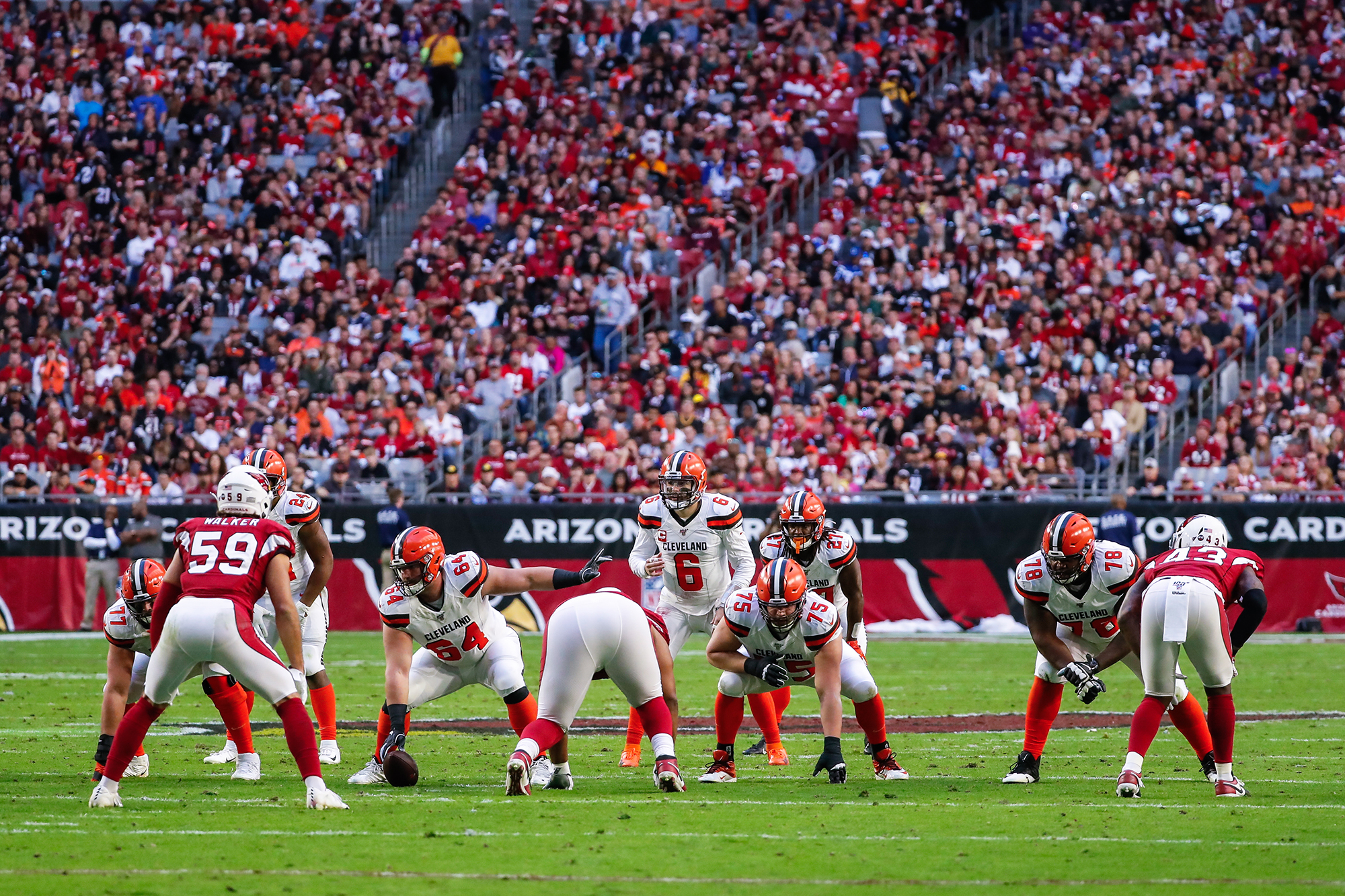 Among Arizona’s sports team in the biggest four professional leagues – the NHL, NBA, NFL and MLB – the Cardinals are worth the most, a figure aided when crowds are allowed inside State Farm Stadium. (Photo by Kevin Abele/Icon Sportswire via Getty Images)

Each year, Forbes magazine compiles important financial information about the “Big 4” North American sports leagues – the NBA, NFL, NHL and MLB – to determine the value of their teams.

In September, Forbes released its 2020 NFL list, bringing its rankings of three of the leagues up to date. The most recent report for the NHL was done in 2019.

The Dallas Cowboys of the NFL topped the charts again with a value estimated at $5.7 billion, an increase of $200 million since last year and again making “America’s Team” the most valuable sports franchise in the world.

While the Forbes reports are packed with numbers, Cronkite News has summed up some of the most important and interesting facts from the most recent data. First, we’ll focus on Arizona’s major sports teams and their performance in the ratings, and then we’ll move over to the entirety of the reports.

As is often the case with number-based facts, visuals can explain the numbers better than words. As a result, Cronkite News chose to utilize data visualizations to do its analysis.

What are Arizona’s sports teams worth?

In short, the Valley’s sports teams aren’t as valuable as most of their counterparts. The Cardinals, Coyotes, Diamondbacks and Suns are all ranked in the bottom half of their respective leagues.

Among the 13 metropolitan areas with at least one team in each of the four leagues, Phoenix has the lowest combined value for all of its teams.

For context, sports teams in the Boston area, the most valuable metro area with only one of the “Big 4” teams from each league, have a combined worth that is more than double the value of Arizona’s franchises.

Arizona’s teams trail in annual income, too. The Cardinals raked in $78 million last year, the most of any team in the Phoenix area. At first blush, it’s a healthy number. However, it pales in comparison to the hundreds of millions that poured into some franchises.

In fact, all of Arizona’s teams did not even turn a profit. According to the Forbes data, the Coyotes actually lost $15 million in 2019 and were one of just nine franchises in all of the Big 4 that lost money in the most recent time frame.

Overall, however, when compared with the billions being made in other areas and by other teams, Arizona’s major sports teams do not stack up favorably.

How about all of the North American “Big 4?”

In order to efficiently analyze the numbers behind the 124 major professional sports teams in North America, Cronkite News found it best to divide the teams by metropolitan area, and then by region.

The above map explains how this process was done. Gray circles represent a metropolitan area that hosts a major professional sports team, with the shapes varying in size based on how many teams are located there.

Each color on the map represents a different region. California and Pennsylvania are unique colors because those states contained metropolitan areas in multiple regions. For example in California, Los Angeles and San Diego were grouped in the southwest, but the Bay Area is included in the West. In all, eight regions were created to contain the teams.

Overall, the NFL remains king. With a total value of $97.4 billion, the football league’s teams run financial laps around their competitors in other sports.

The NBA and MLB remain fairly close in value, with the basketball league pulling slightly ahead at $63.7 billion. To view the value of individual teams or entire leagues in the sunburst chart above, hover the cursor over the team or league. Only teams with significant values are labeled, and Arizona’s teams are highlighted in lime green.

Geographically, the wealth is a bit more evenly distributed. Of course, regions with more metro areas and more teams accumulate greater worth.

For instance, in the southwest region that includes Phoenix, a few clicks will tell you that the Los Angeles Lakers are the region’s most valuable team.

It also seemed reasonable to assume that the populations of every metro area were directly related to the value of the area’s teams. This turned out to be true.

As the scatterplot shows, New York – with a metro population nearing 20 million according to the most recent U.S. census data – is home to sports teams with a ton of value compared to much smaller areas with one or two teams.

A similar relationship holds when comparing team value and last year’s revenues. It may seem obvious, but teams that generate the most operating income hold the most value.

Hover over the dots to see specific information about each team. The colors of the dots match those from the regions in the map discussed before.

The outlier in the plot is the Cowboys, who made nearly $200 million more than any other team. It’s largely Dallas’ fault that the bulk of the teams are crammed tightly together throughout the rest of the plot.

The dotted line represents the boundary between teams generating positive income and those losing money. The Coyotes aren’t the only team “in the red.” And it might be surprising to see the New York Yankees, the second-most valuable team in sports, hovering somewhat close to that line. Baseball’s highest payroll will do that.

Overall, the most constant trend exhibited throughout every metropolitan area, region and league is growth. The vast majority of teams in sports are worth more now than they were a year ago, regardless of where they finish in the standings.

The final graph displays each team’s percentage change in value, year-over-year. Teams are grouped by region. Click on the drop-down menu to switch to a different region.
Within the southwest region, note that the Diamondbacks don’t have a bar on the plot. That’s because they experienced 0% growth in value since 2019.

Overall, the Golden State Warriors (within the west region) experienced more growth than any other sports franchise. After an increase of 23%, the Warriors’ value now eclipses the $4 billion benchmark.

The full impact of the COVID-19 on professional sports likely will not be known until next year’s reports, but if 2020’s numbers are any indication, even a global pandemic isn’t likely to stem the flow of money into professional sports franchises across North America.

All data used in this analysis was acquired from Forbes magazine, and the population data was acquired through Census Reporter.