As championship in home state nears, Alex Bowman learns he’ll take over No. 48 in 2021

PHOENIX – For Alex Bowman, this year’s NASCAR playoffs will end a little sweeter than the previous two he participated in, even if he doesn’t win the championship.

For the first time ever, the final race of the NASCAR season will be hosted at Bowman’s home state track, Phoenix Raceway.

And 2021 will start a little sweeter. Jimmie Johnson announced on Twitter Tuesday that Bowman will take over the famed No. 48 for seven-time champion Johnson.

It’s turning out to be quite the year for the Tucson native.

“To go (to Phoenix Raceway) and win a championship would mean the world to me,” Bowman said. “Hopefully we can make that happen but it’s just really cool that the championship race is there and I think we’re gonna put on a really great show for the fans.”

For the Arizona native, earning the opportunity to race for a championship in his home state is something that has been 20 years in the making.

Since Alex was a young boy, he’s always had his mind set on getting behind the wheel, but he admits it’s more stressful now.

“I was just all excited and ready to go all the time whereas now, it’s a big deal and you know you’re on tv and you make a mistake there’s a lot of people watching,” Bowman said. “So, you know, there’s a lot of stress and pressure that goes into racing at this level. Whereas when I was a kid, it was all fun and games for the most part.”

Growing up around various projects in his father’s auto body shop in Tucson, Bowman spent most of his childhood working around all sorts of automotive projects.

“I’d say the biggest thing that impacted me was not being afraid to get my hands dirty and work on the cars… you get to the cup level and that goes away and you’re not allowed to maintain your own cars anymore, they have people a lot more qualified than me,” Bowman said. 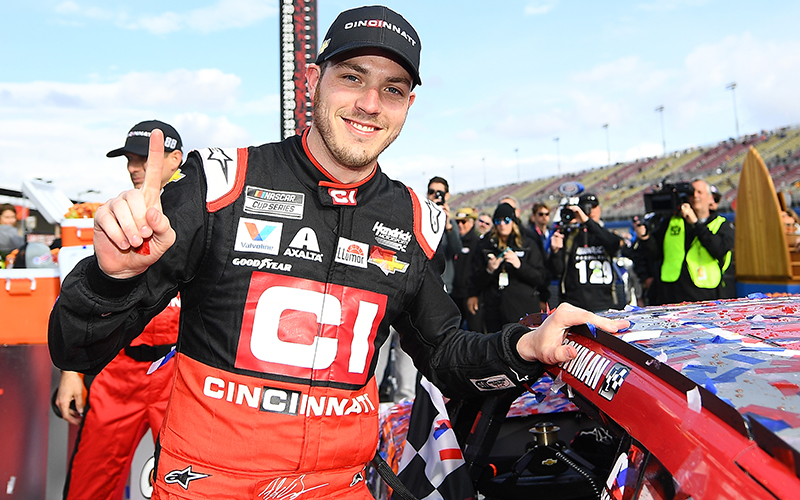 It’s turning into quite a year for Alex Bowman. It was announced Tuesday he will take over the No. 48 car from Jimmie Johnson. (Photo by Stacy Revere/Getty Images)

In 2009, Bowman almost lost control of his racing future when an accident in a midget car put him in an intensive care unit. While a scary injury like this could be seen as a sign to stop racing, Bowman never batted an eye.

“There really wasn’t a give it up moment for sure, probably a little bit of a reevaluation of career path maybe and just wanting to get into stock cars instead of open wheel stuff,” Bowman said. “There were definitely ups and downs with it and rough years and roadblocks and twist and turns, but (racing) is definitely something I always wanted to do.”

Fast-forward 11 years, Bowman is racing in the NASCAR Cup Series playoffs for the third time in his career after joining Hendrick Motorsports following the departure of Dale Earnhardt Jr.

“I had a pretty quick progression, had a lot of help along the way from a lot of different people and it was a pretty crazy ride, but got to drive a lot of cool race cars and had a lot of fun doing it,” Bowman said.

That quick progression has put the driver of the No. 88 car in the best position of his career to compete for the series championship.

“If Alex can capture that trophy in November, I think it’s only going to continue to drive more fans, more interest here in the state,” Phoenix Raceway president Julie Giese said.

With six races remaining in the playoffs, Bowman sits in eighth place in the standings and is poised to continue on to the third round of the playoffs.

“It’s been really good to see Alex continue to climb through the ranks,” Giese said. “Now, to have him in the playoffs for a chance to run for the championship at his home track is pretty exciting.”

As the intensity ramps up at work, Bowman turns to his dogs at home to help ease his mind between races, although they don’t always listen to him.

“Apparently I’m not the best dog whisperer,” Bowman said. “I’ve got one that is an angel and one that’s terrible, but that’s better than two that are terrible I guess.”

After finishing 14th at Talladega on Sunday, Bowman will have the chance to move on to the round of eight at Charlotte Motor Speedway this weekend. 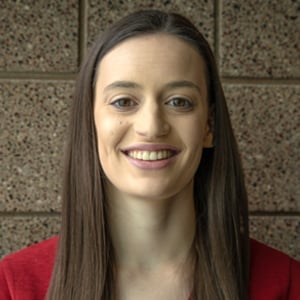