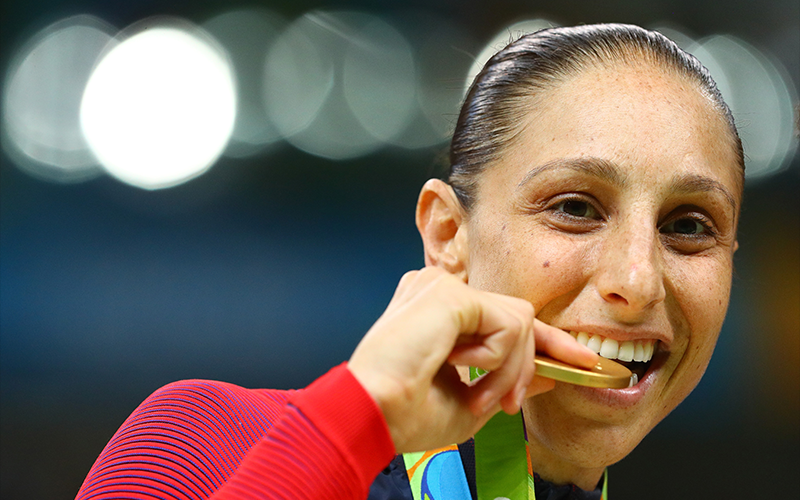 Is the possibility of another Olympics enough to fuel Diana Taurasi to continue playing? The Phoenix Mercury guard is an unrestricted free agent and rumors about her future abound. (Photo by Tom Pennington/Getty Images)

“Y’know, it means a lot, it kind of validates you in the basketball world,” Taurasi said at the time, when her place in the hoop world still revolved around games and staying healthy.

It’s been two weeks since the Mercury’s season came to a brutal end. Seeded No. 5 in the WNBA playoffs, Phoenix lost by a mere point to the Minnesota Lynx in a second-round playoff game, and so concluded the Mercury’s unusual and taxing season in the Florida bubble.

And with that end came the start of Taurasi’s compelling off-season. Taurasi, 38, is an unrestricted free agent. Her 2020 stats show she can still play as she averaged, 18.7 points, 4.5 assists and 4.2 rebounds over the shortened season. She has talked in the past about wanting another WNBA title as well as a possible fifth Olympics journey.

What’s next? Retirement? Staying with the Mercury? Joining another team?

“Going forward my contract is up, so there are some things that I have to figure out,” Taurasi said recently when asked about her future.

Her health is surely part of her thought process as she contemplates playing a 17th season professionally. She is still working through the effects of major back surgery that forced her to miss nearly all of the 2019 season. Taurasi’s longevity in the league can be traced in part to her offseason training regime that has included workouts at an EXOS facility in Phoenix where she has also received several non-traditional treatments for her back.

Some of these treatments have involved cupping therapy, needles and a scraping technique known as gua sha, all which relieve muscle tension but can leave small bruises. 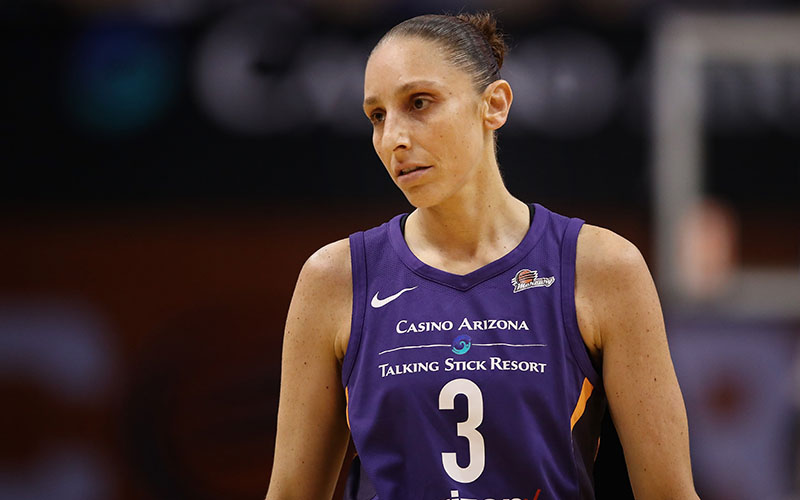 Family, too, is a consideration. She and her wife, Penny Taylor, are raising a son, Leo.

Her connection with the Valley runs deep. Witness the quick rush to buy her T-shirt – white with a purple goat standing for “greatest of all time” alongside the No. 3, her jersey number. Her collection of accomplishments — Rookie of the Year, MVP, three-time champion, all-time WNBA leading scorer – pales to her sheer passion for the game. 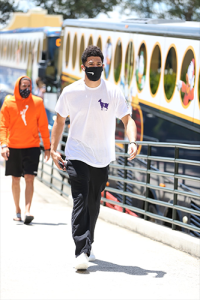 Taurasi put up a spectacular 34 points against the Washington Mystics in the first round of the WNBA playoffs, and she had 28 against the Minnesota Lynx in the next round. It was not enough as the Mercury’s road to the championship was cut short, 80-79. Taurasi did not go out without a fight.

“We were one possession away,” Taurasi said. “So that’s going to hurt for a little bit.”

Despite the Mercury’s crushing end, Taurasi was ranked first in all-time scoring and third in all-time assists in the playoffs. She finished just one assist behind her long-time friend Sue Bird (263) on the WNBA all-time playoff assists list.

On the day when her GOAT T-shirt was quickly snapped up by her adoring fans, Taurasi expressed how grateful she was to the people who have guided her to where she is now, and talked about how much she respects the women who have dedicated themselves to the league.

“There’s so many women that I respect that put so much time into this league and making sure that the game’s at a high level,” Taurasi said. “I think this is just, it tells a story of, you CAN sell gear.”

The legend’s basketball future might be up in the air, but her popularity in the Valley remains sky high.