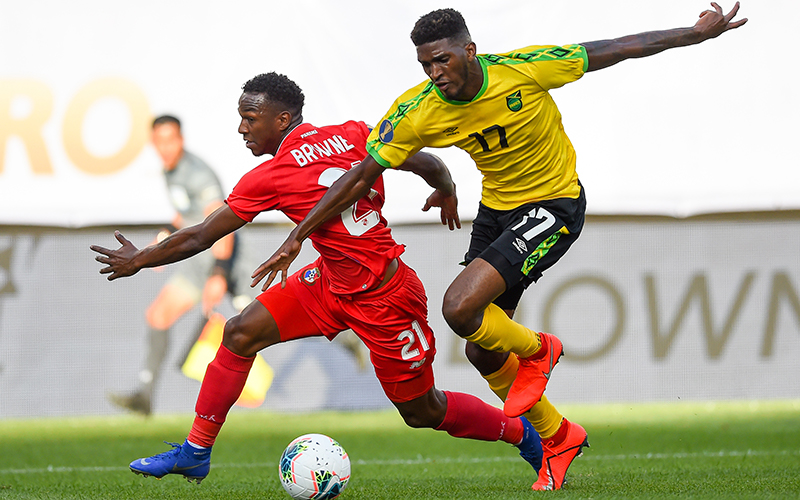 PHOENIX – Phoenix Rising FC announced its signing of Jamaican international defender Damion Lowe Wednesday, but the center-back may have limited availability when the United Soccer League Championship playoffs kick off in October.

Rising coach Rick Schantz announced Tuesday that the team brought Lowe in on a trial basis earlier in the week. The news of the actual signing followed less than 24 hours later.

“His agent reached out to us and we have brought him in,” Schantz said, considering it “an opportunity for us to take a look and see if he can improve our team, and maybe get him in shape and get him ready for the playoff run.”

Due to concerns about COVID-19, Lowe’s contract with his former team (the Norwegian club, Idrettsklubben Start) ended by mutual agreement in May.

This enabled the Rising to sign Lowe without paying any transfer fee – a fortuitous circumstance in the soccer world and a windfall for a cash-strapped club like Phoenix Rising.

“Bobby (Dulle), our general manager, did a fantastic job of finding Damion’s availability. That’s why he’s here with us now,” Schantz said.

Lowe seems a good fit for his new club, as he has past connections with Phoenix Rising players and staff.

The 27-year-old defender worked previously with the Rising’s strength and conditioning coach in Seattle, and he knows two of the regulars in Phoenix’s starting lineup (Junior Flemmings and Kevon Lambert) from the Jamaican national team.

Lowe has two goals in 22 appearances for the “Reggae Boyz” (the nickname for the Jamaican men’s national soccer team).

Lowe’s commitment to his national team represents the biggest downside to the deal for Phoenix. 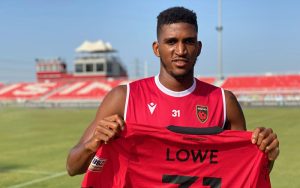 Damion Lowe will bolster the Rising’s defense down the stretch, but he may be called away to play for the Jamaican national team in October. (Photo courtesy Phoenix Rising FC)

The Jamaican Football Federation will most likely call Lowe away to play international games scheduled for October, precisely when the USL Championship playoffs heat up and the Rising would need him most.

Despite this potential drawback, Schantz praised Lowe’s strengths as a player and expressed optimism about him entering the Rising’s ranks.

“He’s, I would almost say, bigger, stronger and faster than anyone we have (at center-back),” Schantz said.

Lowe impressed Schantz immediately in his first training session with the Rising.

“He’s pretty dominant physically. I think he’s 6-3, about 180, extremely quick,” Schantz said, and “the tenacity with which he goes into tackles and his speed, his comfort on the ball has been fantastic.”

The signing of a center-back of Lowe’s quality addressed a glaring need in Phoenix’s roster.

Schantz’s preferred lineup in recent weeks has left the Rising with no center-backs in reserve as potential substitutes.

“That’s why Damion Lowe is here. We knew we needed another center-back,” Schantz said.

With Lowe signed, the Rising will now focus on finishing the season strong and gaining home-field advantage for the playoffs.

Both teams have four regular-season games to play, but the Rising have a slight scheduling advantage over Galaxy II. Phoenix will play three of its four remaining games at home, including the final game of the season versus LA on October 3.

Considering the possibility of gaining home-field advantage for the playoffs, Schantz said, “The reality is we have to win the division first. That’s the first thing,” adding, “we have to be focused on making sure that we’re fit and rested and ready for the playoffs and peak at the right time rather than push our guys and break them down at the end of the season.”

Lowe’s acquisition should help the Rising avoid any late-season breakdown.

Phoenix’s next game is scheduled for Saturday at 7:30 p.m., at home versus San Diego Loyal. The match will be broadcast live, locally on CW61 Arizona and nationally on ESPN+.

To gain home-field advantage throughout the playoffs, Phoenix will have to overcome San Antonio FC in the USLC Western Conference standings. San Antonio currently sits four points clear of Phoenix with three games to play.