The Cactus Bowl’s most recent sponsor, Cheez-It, announced on its website that it will leave the Cactus Bowl and instead will move “east to become title sponsor of the Cheez-It® Bowl at Camping World Stadium in Orlando.” (File photo by Tyler Drake/Cronkite News)

PHOENIX – The Cactus Bowl has had its fair share of sponsors over the more than 30 years it’s been played in Arizona, with several national companies putting their name to the annual Arizona-based college football bowl game.

Another change came in late May, when Cactus Bowl’s most recent sponsor, Cheez-It, announced on their website that they will be leaving the Cactus Bowl and instead will be “moving east to become title sponsor of the Cheez-It® Bowl at Camping World Stadium in Orlando.”

Now the Cactus Bowl is doing what other bowls around the country are doing as the landscape of college football changes daily: It waits.

The novel coronavirus has disrupted the sport. As of Thursday morning, 54 of 130 FBS teams are not scheduled to play in the fall. The Pac-12 and Big Ten already have announced their plans to postpone the season.

The Cactus Bowl has conference tie-ins with the Pac-12 and Big 12.

“Either fortunately or unfortunately, and this is the nature of investment these days, I think the days of 10- and 20-year relationships in the bowl business are probably gone,” said Mike Nealy, executive director of the Fiesta Bowl organization, which oversees the Cactus Bowl. “It’s kind of dependent on the businesses and what their strategic and marketing plans are and then from our standpoint, is it meeting our needs?”

In the case of Cheez-It, part of the reason they left the Cactus Bowl is that they wanted to increase their media exposure in a different TV market because of “different markets that have some higher target picks and sometimes have a higher TV audience,” Nealy said.

The attractiveness of what different TV markets that may be able to produce higher ratings brings for big-name corporations such as Cheez-It® as well as the College Football Playoff (CFP) taking center stage in the college football bowl ecosystem could be a few contributing factors as to why many college bowl games have gone through numerous sponsorships over the years just like the Cactus Bowl.

Last year in August, Cheez-It signed a multiyear deal to become an official sponsor of the CFP. They joined a list of 13 other sponsors that have joined the CFP in recent years.

According to a report by USA Today Sports, it is becoming more common for lower-tier to middle-tier college bowl games to go without a sponsor every once and awhile, because many argue that sponsors are finding the CFP to be more attractive than bowl games outside of the group.

“In all preferences, we want longer and longer term relationships, because you can build on value over time,” Nealy said. “Sometimes like in the case with Cheez-It, they were, in their words, ecstatic about their relationship here with us. They liked it here so much, but they wanted to go bigger.”

Sponsorships are financially important for the bowl games and the companies who decide to sponsor a bowl game.

Companies seek “national exposure via an ESPN football game with good ratings and millions of people watching so they have a platform to show their company and get a message across,” Nealy said.

The Fiesta Bowl Organization uses sponsors’ investment to pay the visiting college football teams and the conferences they represent and then donates the rest of the money to worthy causes.

The Fiesta Bowl website says that “through its two annual bowl games in the Valley, the PlayStation Fiesta Bowl and the Cactus Bowl, as well as community events throughout the year, Fiesta Bowl Charities has given more than $16.5 million across the state of Arizona in the last nine years.”

Despite the lack of a title sponsor for the Cactus Bowl, it’s here to stay because it’s a major boost to the Arizona economy, Nealy said. Visiting fans stay at hotels, eat at local Arizona restaurants, shop at stores and buy tickets to the Cactus Bowl game.

“It’s a big part of our organization and contribution to our overall value,” Nealy said. “It contributes to us being able to bring economic impact to the Valley to net dollars that we can give back to the community.”

“I don’t have any plans at all to discontinue it. We are just starting a new six-year term with conferences for games. So, we are contracted even for the next six years to host games for the Cactus Bowl.” 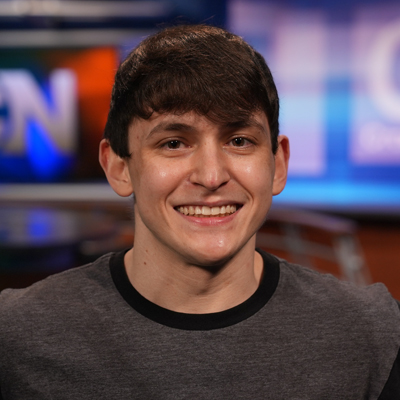