Forward Willie Knierim was a bright spot for the Sun Devils in spring, before COVID-19 ended the season. The team has since landed a top-ranked recruiting class, even as the upcoming season is in doubt. (File photo by Travis Whittaker/Cronkite News)

In ASU men’s tennis, after a 10-year hiatus, has the No. 9 recruiting class in the country for 2020, according to tennis recruiting.net. The high ranking was determined in large part by landing a blue-chip, 5-star recruit in Max McKennon, a 4-star recruit in Spencer Brachman and a highly recruited prospect out of Germany in Moritz Hoffmann.

For ASU Men’s Tennis head coach Matt Hill, the recent success in the recruiting process is only a building block for what the ASU program will work to achieve.

“It’s a great feeling to bring that kind of talent to Tempe,” Hill said. “That piece of the puzzle is such a critical piece for us to reach the goals that we’ve set. It’s always nice to get that recognition, but more importantly, add the right guys to the program and to the team to keep moving everything forward to the direction we want.”

The program is gaining ground since it was revived in 2018 after a decade-long hiatus.

“It starts with leadership,” Scottie Graham said, a senior associate athletic director. He credits Athletic Director Ray Anderson for reviving the game and putting resources towards it.

Anderson and his wife, Buffie, donated $1 million to help resurrect the program. Adidas, which is ASU’s athletic apparel partner, also brought in $4 million.

“Each guy had other pieces to the puzzle that made them make the decision to come to ASU,” said Hill. “Moritz (Hoffmann), the German player, he knew our (current) German player (Tim Ruehl), so there was a connection there.” 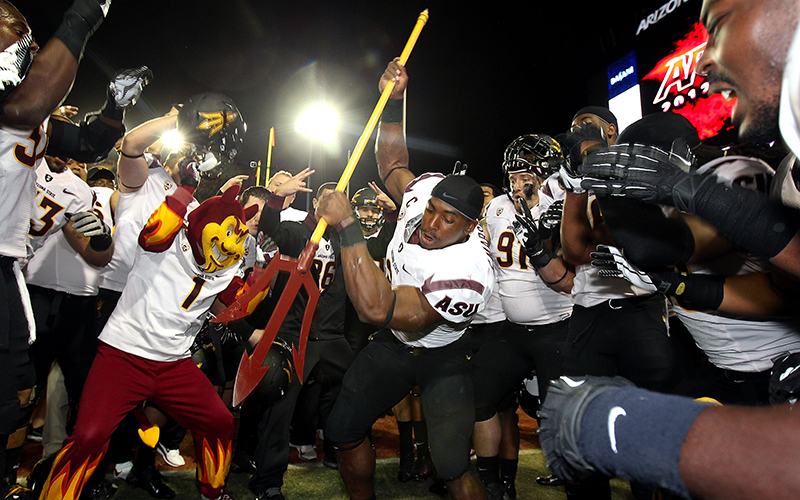 “Spencer (Brachman) and Max (McKennon) are very close,” Hill said. “It was kind of one of those deals where it was like, ‘hey, let’s kind of go here together.’ ”

Brachman, a native New Yorker out of Commack, New York is no stranger to Arizona. His father attended the University of Arizona in Tucson and Spencer Brachman had visited the state.

“He had already spent some time in Arizona,” Hill said. “He knew this area of the country pretty well and during his visit, fell in love with the campus and the city, and everything it had to offer.”

Men’s hockey also is on the rise.

Hockey supporters Don and Chris Mullet donated $32 million to help start the program on November 18, 2014. Six years later, it landed the fifth ranked recruiting class for 2020, according to neutral zone.net.

“It feels great,” said Frank Ferrara, senior associate director and CFO for ASU Athletics. “To think about where we’ve come from, it’s a complete validation of everything coach (Greg) Powers and his staff are doing. It’s recognition by the most elite players in the country, where they want to play their hockey and where they want to be. It’s a validation of Arizona State, not only as a hockey program, but also as a university.”

Some of the highly recruited athletes that the ASU Men’s Hockey team were able to land included Ryan O’Reilly, who is a 4.25 star forward from Southlake, Texas. He is one of two NHL draft picks in this signing class, having been drafted 98th overall by the Detroit Red Wings in 2016.

Cole Brady, whom many consider to be one of the top goaltenders in the country, is another 4.25 star recruit, according to neutralzone.net. Brady is the second player in this class to be drafted by an NHL team – in 2019, he was drafted in the fifth round of the NHL draft.

Michael Mancinelli, another forward from Northville, Michigan is the last of 4.25 star recruits coming to ASU in the 2020 class, according to neutralzone.net.

“I think the sky’s the limit,” Ferrara said. “There’s no doubt in my mind that the talent is there.”

The ASU Men’s Hockey team has not announced a schedule as of yet for the upcoming 2020-2021 season due to the uncertainty of the COVID-19 pandemic. But Cronkite Sports reports that the team announced a few matchups that they plan to play sometime this year, including Air Force, Nebraska Omaha, and Cornell in the Desert Hockey Classic at Gila River Arena in Glendale.

ASU Men’s Tennis has not announced any scheduling plans for the 2020-2021 season. 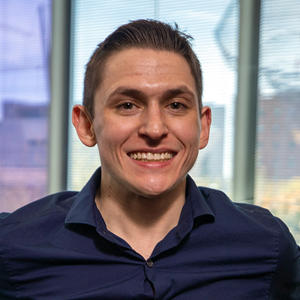 Derrick Smith is an Arizona native who is majoring in journalism and mass communication with a minor in digital audiences. Smith is a digital sports reporter for Cronkite News.