Jon Rahm came to Arizona State from Spain knowing little English. After hard work on and off the course, he ascended to No. 1 in the World Golf Ranking. (File photo by Brady Klain/Cronkite News)

Today he is the No. 1 golfer in the world.

Rahm’s victory in the Memorial Tournament in Dublin, Ohio, Sunday thrust him to the top of the World Golf Rankings. For those close to him, including friends, coaches and former teammates, it wasn’t the win that made them proud but the growth he has shown over the past four years as a professional golfer.

Born in Barrika, Spain, Rahm started at Arizona State in 2012 and spoke very little English. Tim Mickelson, former ASU golf coach and brother and caddie of PGA Tour star Phil Mickelson, was not confident that Rahm would succeed in Tempe.

“When Jon came to school, his English was just not very good,” Mickelson said. “I don’t want to say it was so bad, but it was so concerning that I did not think he would succeed academically due to his lack of proficiency in English.”

How is someone who speaks little English encouraged to succeed? A little friendly punishment was one way.

Ben Shur, a teammate at ASU, said if Rahm spoke any Spanish during practice, he would have to do burpees or another type of punishment.

“Coach helped him a lot, and he had a really good foundation of people helping him out,” Shur said. “He is a very smart kid.” 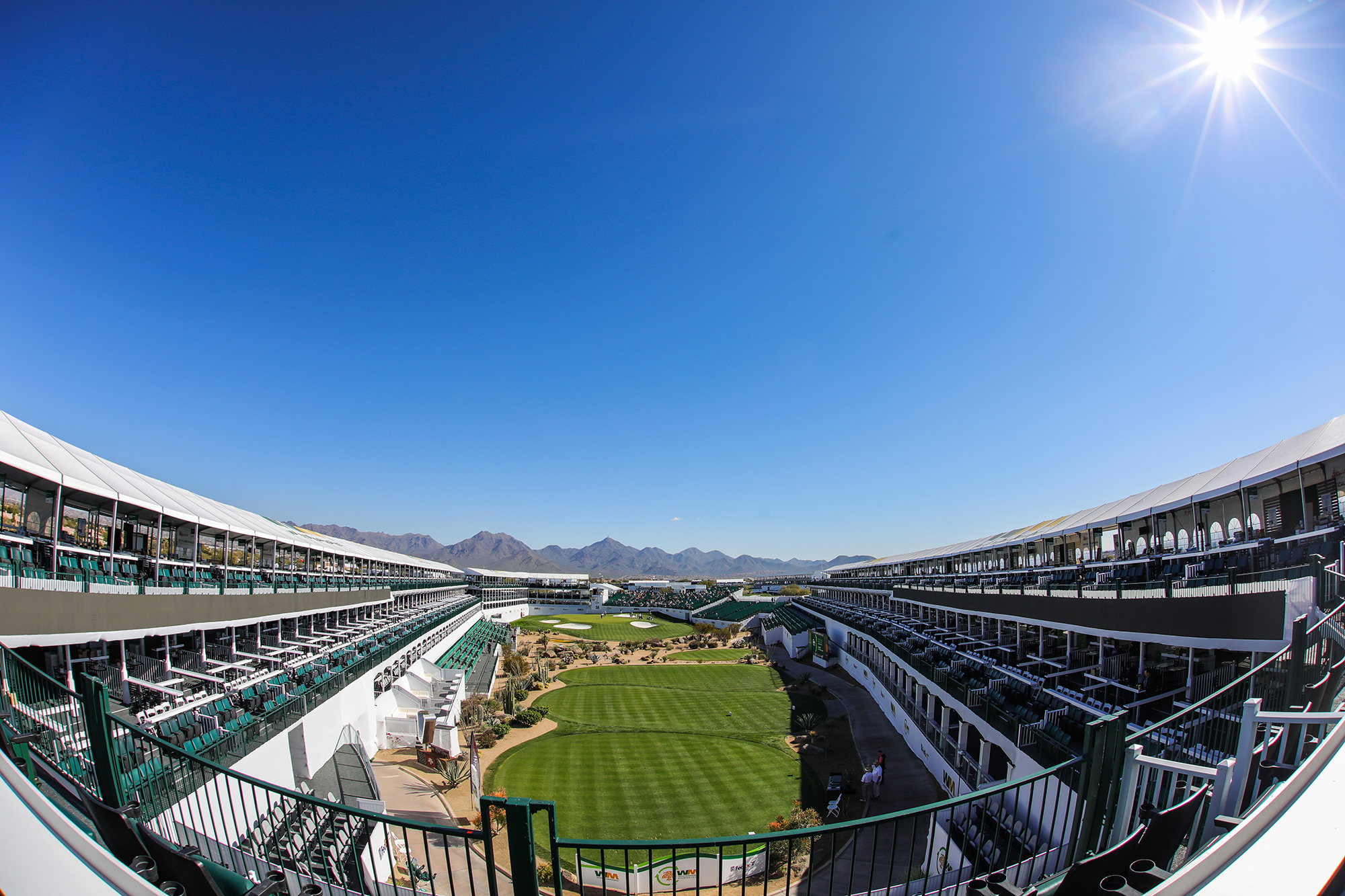 Punishment such as burpees was not the only way he learned a new language. Watching movies and TV shows and memorizing rap lyrics increased his vocabulary and understanding of the language.

“He would watch TV shows like ‘How I Met Your Mother’ and would put the subtitles on in Spanish and listen in English so he could hear how the words were pronounced,” Shur said.

“It is really cool to see him doing post-round interviews and just to speak so well because he worked at it,” he said. “People get so enamored with his size and his strength, and they don’t realize how hard of a worker he is.”

In his freshman season with the Sun Devils, Rahm competed in the national championship, and in round one, he shot a jaw-dropping 61, 9 shots under par.

Mickelson knew Rahm would be a great player, but it was a few years later when he realized he was going to be more than that.

“You could tell he was going to be a superstar,” he said.

Rahm won the Memorial Tournament in comfortable fashion and became the world’s No. 1 golfer, thanks to a points formula based on performance and quality of competition.

And when he was made aware that rules officials were looking into a potential penalty, he remained calm and professional.

“If he makes a rule violation, he is going to own up to it. He is a big man, and is pretty mature for his age and he has always been,” Shur said.

He did, even after he was assessed a two-stroke penalty for a violation after a ball at rest in the 16th hole rough moved.

It took years and a lot of practice for Rahm to get where he is, and Mickelson could not be more proud of his former student.

“You would never know that just six or seven years ago, the guy couldn’t speak English. His vocabulary is bigger than most people I know whose first language is English.”