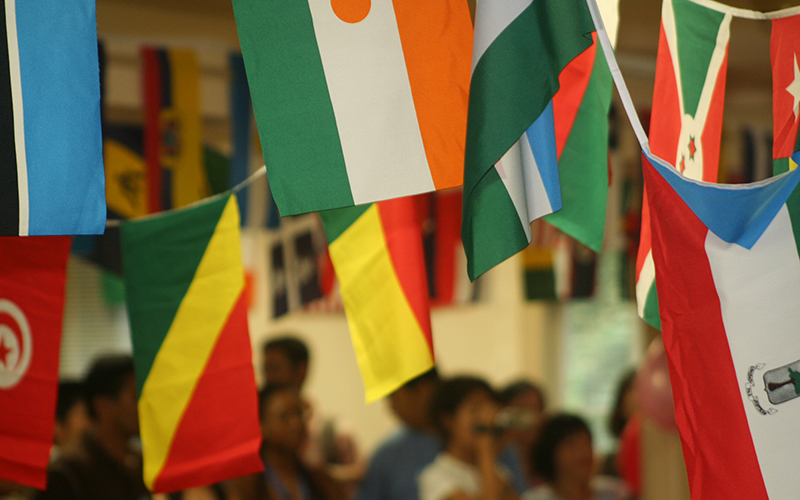 The Trump administration abruptly reversed itself Tuesday, saying it would not deport international students at universities that planned to offer only online courses this fall. The change came in the face of lawsuits by states and universities, including all three public universities in Arizona. (Photo by Sylvar/Creative Commons)

PHOENIX – MJ Gao was all set to make her roommate the godmother of her two cats, before the Trump administration reversed itself Tuesday and abruptly canceled a plan to deport some international students.

“My life is here,” said Gao, who has lived in the U.S. for seven years and is set to start her senior year at Arizona State University. “When I heard that I may have to give up everything and leave the country for a while, I was not ready.”

But Gao, like thousands of international students across the U.S., feared she would have to leave under an Immigration and Customs Enforcement order that anyone here on a student visa would have to go home if their school was offering online instruction only this fall.

That rule, announced just last week, was quickly challenged in court by 18 states and by universities across the country – including all three public universities in Arizona. And it was just as quickly rescinded Tuesday at a hearing in the first of those suits, brought by Harvard University and the Massachusetts Institute of Technology.

The ICE decision was announced by U.S. District Judge Allison Burroughs, who said ICE had agreed to pull the order, according to news reports from the Boston courtroom. Calls to ICE and the Department of Homeland Security were not immediately returned Tuesday.

The decision comes one day after Arizona’s three public universities joined 17 other Western colleges in a lawsuit to fight the rule. University officials on Tuesday welcomed the turnaround.

Northern Arizona University President Rita Cheng said the deportation rule “would have limited NAU’s ability to adapt to the changing circumstances of the pandemic in ways that are beneficial to our entire community.”

“Having international relationships is more important than ever, and we appreciate the benefits these students and partnerships bring not only to our campus, but to the entire state of Arizona,” Cheng said in an emailed statement Tuesday.

Opponents of the rule had decried it as basically unfair to international students.

“Many of these students, in a sign of their determination and commitment, have stayed in the United States during this international health crisis to ensure their education was not interrupted by returning home and not being granted a visa to return,” said a statement from the joint coalition announcement on Monday.

But Ira Mehlman, spokesman for Federation for American Immigration Reform, said the ICE policy was “perfectly reasonable.” He believes the decision to rescind comes after mounting pressure from colleges and advocates.

“The student visa program was not designed to be a cash cow for educational institutions, and that seems to be the attitude for these colleges and universities,” Mehlman said.

But Cheng said Monday that the ICE proposal was more likely an “attempt to force colleges and universities to stay open, regardless of changes in the pandemic’s course or severity,” as the administration mounted a campaign last week to open schools as normal this fall. She called it “reckless and removes our authority to act in accordance with what is best for the health and safety of our students, faculty, staff and campus communities.”

It’s not likely the rule would have affected Gao, as all three of Arizona’s public universities currently plan to have at least some in-person classes this fall. The schools have said their international students – who number about 15,000 in the three schools – would not have been affected by the ICE rule.

“We are pleased that the Trump administration rescinded this guidance and that international students will not have to choose between their education and their health and safety,” University of Arizona President Robert C. Robbins said in a statement.

“We should just have to focus on academics and our education,” Gao said. “We as international students paid a lot of money to get here to try to make our American dream come true.”