By Farah Eltohamy and Ellie Borst/Cronkite News
Advocates and DACA recipients across the country celebrated the ruling, which called the administration’s decision to end the program arbitrary and capricious. (Video by Misha Jones)

PHOENIX – For almost three years, Phoenix resident Jennifer Rodriguez Garcia said she has lived with the fear immigration officials will deport her to a country she has never known and separate her from her 2-year-old daughter.

“Today I can breathe again,” Rodriguez Garcia said, after learning that the Supreme Court reversed the Trump administration’s plan to end Deferred Action for Childhood Arrivals, a 2012 program that has deferred deportation for as many as 700,000 immigrants – like her.

Advocates and DACA recipients across the country celebrated the ruling, which called the administration’s decision to end the program arbitrary and capricious.

But how long that celebration will last is unclear, as Chief Justice John Roberts wrote that while the administration did not follow the right steps to end the program, there was no question that it still has the authority to do so.

“Today is a win, but tomorrow is not a guarantee,” said Darius Amiri, an immigration attorney for Rose Law Group in Scottsdale.

Marisol Orihuela, who represented the National Association for the Advancement of Colored People, one of the groups fighting to save DACA, said the court’s ruling Thursday could either send the case back to lower courts, or could mean that the program reverts back to its original 2012 mandate.

“We think that the ruling is clear today that the action that took place in September of 2017 was unlawful and therefore, the effect of the ruling is that we go back to life as it was before then,” she said.

That would include the ability for new applicants to the DACA program, something that was halted after the administration announced its plan in September 2017 to “wind down” the program. Since then, only current DACA recipients have been allowed to apply for renewal.

That would be good news for Maria Garcia, an Arizona State University engineering student who was too young to apply for DACA when Trump nixed it in 2017.

“My heart was so full this morning to hear the news that DACA will not be ending,” she said Thursday in a news conference organized by Aliento, a Phoenix-based advocacy group. “But our future is still so full of uncertainty.”

Amiri said he believes that the future should include the DACA program going “back to the way it was originally conceived.”

“So I would argue that new applicants or first time applicants could benefit from the DACA program as well,” he said.

But what experts like Amiri think should or could happen did not appear to be what the administration was thinking Thursday.

U.S. Citizenship and Immigration Services, which handles DACA renewals, said in a statement from Deputy Director for Policy Joseph Edlow, that the court’s ruling “has no basis in law and merely delays the President’s lawful ability to end the illegal Deferred Action for Childhood Arrivals amnesty program.”

“The fact remains that under DACA, hundreds of thousands of illegal aliens continue to remain in our country in violation of the laws passed by Congress and to take jobs Americans need now more than ever,” Edlow said. “Ultimately, DACA is not a long-term solution for anyone.” 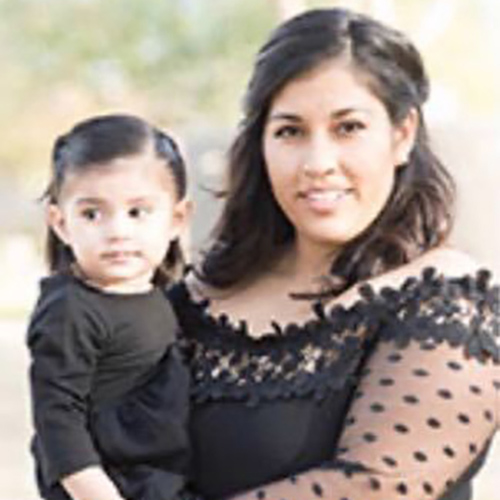 The DACA program was introduced by President Barack Obama in 2012 to protect undocumented immigrants who were brought into the country as children from deportation. Besides protecting them from deportation, it allowed them to apply for work permits, drivers licenses and more.

President Donald Trump campaigned on ending the program and made good on that promise just months after taking office. That decision was quickly blocked by courts, but DACA recipients – also known as “Dreamers” – were left to wait anxiously for the case to reach the Supreme Court for a final ruling.

It was during that time in limbo that Rodriguez Garcia was wracked with worry about being separated from her daughter. “It’s not only me that I think about – it’s my daughter mostly,” she said.

Rodriguez Garcia was just 11 months old when she was brought to America, and said she had no idea she was not a citizen until she was 6 and couldn’t join her younger siblings, who were born in America, when visiting their family in Mexico.

“Having my brothers being from here, they never saw the struggle that I have gone through with the DACA program,” she said.

She could have applied in 2012, when she was a senior in high school, but fell into depression that year and dropped out, after realizing she couldn’t afford college or the fee to apply for DACA. But after encouragement from her mother, Rodriguez Garcia got her high school diploma and began working at a medical office to save up money to apply for DACA – which she did in 2014.

She got pregnant in 2017, “and that’s when Trump announced that he wanted to end DACA.”

Editors: A previous version of this story incorrectly said in graf 22 that Jennifer Rodriguez Garcia received a GED. In fact, she earned her high school diploma. The story here has been corrected, but clients who used earlier versions should to run the correction found here.

“I was like, ‘Oh my God, what’s going to happen? Am I going to have my baby in Mexico? Like what am I going to do?” she said. “At that time they said that DACA renewal wasn’t happening anymore, and my renewal got denied. So I didn’t have any DACA for at least five months.”

Eventually, she was able to get her DACA status back and, after today’s ruling she said she feels “more confident to keep fighting and keep going.”

“I do see a positive outcome out of this with the positive momentum that we have,” said Rodriguez Garcia, who admits to being gloomy while awaiting Thursday’s decision.

While advocates welcome the ruling, Amiri said DACA has never been seen as a long-term solution but as more of a Band-Aid.

“We all agree that DACA has always been temporary,” Amiri said. “No one is looking at this decision with any kind of finality, and I think Dreamers have never been content with just having DACA because all it is is deferred deportation and work permits in intervals of two years.”

Marielena Hincapié, the executive director of the National Immigration Law Center, said that Dreamers should begin consulting with immigration attorneys so they can stay informed and be prepared for any “potential risks” if the Trump administration takes action.

“Stay tuned and we will keep you well informed,” she said. “But today’s a big celebration.”