PHOENIX – Despite the federal government’s unprecedented efforts to aid businesses threatened by the COVID-19 pandemic, small farms are being left further behind, according to one local small farm owner.

McClendon’s Select, a family owned farm in Peoria and Goodyear, normally sells its organic produce, citrus and honey to restaurants and farmers markets. Since Arizona banned gatherings of more than 10 people and ordered restaurants without takeout services to shut down March 19, McClendon’s Select has seen a huge drop in business.

“Literally overnight with the COVID-19 restrictions, we watched our restaurant business drop by 95 percent. So 75 percent of our business – almost all of that went away overnight,” said Kate McClendon, owner of McClendon’s Select.

According to the Arizona Farm Bureau, farms and ranches cover about 26 million acres in the state, and their contribution to the state’s economy is more than $423 billion a year.

The first round of the federal Coronavirus Aid Relief and Economic Security Act, or CARES, which was signed into law in late March, included $376 billion for American workers and small businesses. Through the U.S. Small Business Administration, businesses could apply for an Economic Injury Disaster Loan, known as an EIDL, for up to $10,000.

But there was a stipulation.

“It said on the list of eligibility to apply for a small business loan that you could not be a farm,” McClendon said. “If we were any other business, we would qualify.”

Instead, the SBA asked farmers to reach out to the U.S. Department of Agriculture, which traditionally has resources for farmers in need.

“From working one-on-one with small-business owners and federal agencies to holding conference calls with local Chambers of Commerce, I’m committed to getting the resources allocated to small businesses in their hands sooner rather than later,” Lesko told Cronkite News in a statement. “I encourage all who are looking to utilize these resources to contact my office for assistance.” 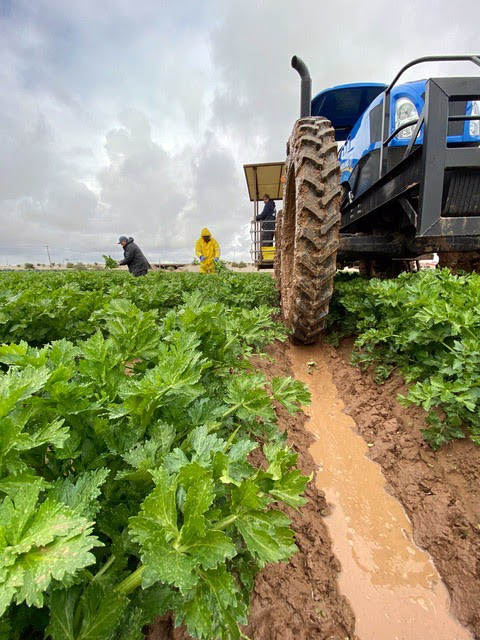 Employees from McClendon’s Select harvest celery at the farm in Goodyear. (Photo courtesy of Sean McClendon)

In early April, a bipartisan group of 86 members of Congress wrote a letter urging the SBA to include small farms in the Economic Injury Disaster Loan program.

The CARES Act 2.0, which is to replenish the funding set up by the original act and includes language allowing farmers to access EIDLs, was signed into law by President Donald Trump on April 24. However, after the original funds for the EIDL ran out on April 16, McClendon still has not been able to apply.

McClendon said she learned the USDA had been allocated $9.5 billion under the CARES Act but the only relief available to her is weather-related funds, which do not apply to her farm.

“The U.S. food supply chain remains safe and secure, and we are committed to ensuring America’s farmers, ranchers, and producers get through this pandemic,” a USDA spokesperson told Cronkite News in a statement. “We are swiftly evaluating the authorities granted under the CARES Act and will leverage our programs to alleviate disruption as necessary.”

On April 17, the USDA announced the Coronavirus Food Assistance Program, which provides $16 billion for agriculture producers and purchases $3 billion worth of fresh produce, dairy and meat. Information on eligibility has yet to be released.

However, McClendon doesn’t think anyone is standing up for small farms.

“What I don’t see from either the USDA or from any other source is a voice for small agriculture. I feel like that is being left out,” she said. “While maybe my farm is a very insignificant player in that, if you look at the totality of what small agriculture does in this country, it’s enough to be disruptive.”

McClendon’s Select is eligible for the Paycheck Protection Program, an expansion of an existing SBA program that helps keep small business employees on payroll. However, McClendon is worried about the costs of caring for her farm.

“It will be nice to keep our employees for eight more weeks, but I don’t know how we’re going to cover our overhead while we do that,” she said.

For now, McClendon’s Select is forced to wait for regular operations to resume and hope for the best.

“The cost of letting our farm die will be so expensive and so prohibitive to get it back to a place where we can plant again someday. I can’t even begin to imagine what that’s going to take,” McClendon said. 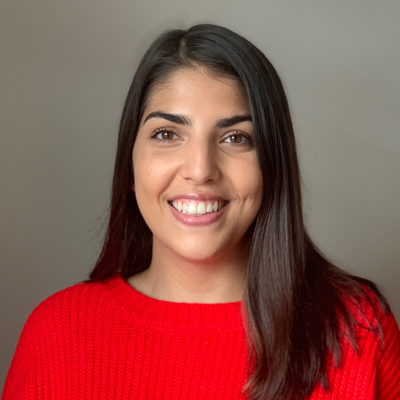 Alexa Fuenmayor expects to graduate in May 2021 with a bachelor’s degree in journalism and a minor in Spanish and digital audiences. A newscast producer, Fuenmayor has worked as a borderlands reporter for Cronkite News and interned for The Arizona Republic and KTAR radio.