Bobbleheads have been a collector favorite since the craze was reignited by the San Francisco Giants in 1999. (Photo by Travis Whittaker/Cronkite News)

PHOENIX – For sports fans such as Jake Santo, a team’s promotional schedule is just as important as its game schedule. Santo and many other memorabilia collectors monitor the calendar for bobblehead giveaways – a staple event for professional sports teams – and a big reason they attend games.

“I think what makes it special is you get them at a sporting event compared to, say, you have to go to a store and buy it,” the Arizona State student said. “And you have that memory and that tradition locked into your brain, and people just enjoy that experience of waiting in line to get one, going early to a game, being with a family member to grab one.” 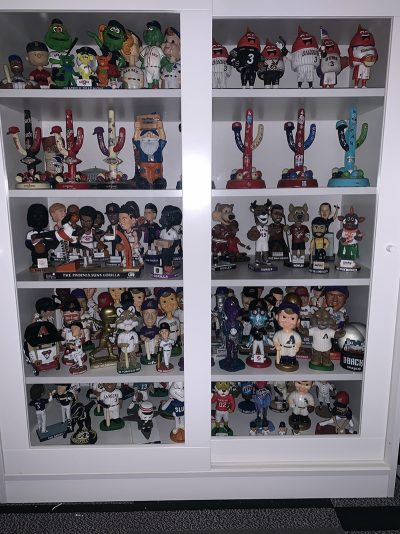 Fans like Santo often show up to games hours early so they are sure to receive a bobblehead of a player, mascot or in some instances, a superhero. Typically, teams hand out the prized statuettes to only a predetermined number of fans on a first-come, first-served basis.

Bobbleheads have been around for centuries, although the sports craze is more recent.

The first known nodding-head figures were documented in Europe and China during the 1760s, according to the National Bobblehead Hall of Fame and Museum, and two of the figures were captured in the background of Johann Zoffany’s 1765 painting of Queen Charlotte done at Buckingham Palace.

In 1964, a bobblehead set of the Beatles was released by Car Mascots. The set remains a valuable commodity today with sellers on eBay asking for as much as $659.99 for the bobblehead collection of John, Paul, George and Ringo.

From 1966-1971, gold-based bobbleheads were manufactured but were not well-made, according to the National Bobblehead museum and would crack and chip or the paint would flake. The issues led collectors to switch their attention to action figures, lunch boxes and video games.

But in the 1990s, new manufacturing techniques permitted the creation of plastic bobbleheads. This cut costs and made it easier to produce quality bobbleheads.

In 1999, the craze took off again. On May 9 of that year, the San Francisco Giants offered a Mays bobblehead manufactured by Alexander Global Promotions to celebrate the 40th anniversary of Candlestick Park, which the Giants planned to leave the next year.

“From what I’ve learned, the Giants called Malcolm (Alexander, the founder of Alexander Global Promotions) and asked to meet with him in (San Francisco),” Chris Fryar, the co-president and owner of Alexander Global Promotions, wrote in an email. “They wanted to offer a Willie Mays “bobbling head” doll to the first 20,000 visitors. … “As the story goes, Malcolm wasn’t exactly sure what they were really asking for, let alone how or where to make one.

“But of course, like a good entrepreneur, Malcolm said ‘Sure, we can make this.’ And without knowing much more than that he had just committed to making 20,000 dolls for the SF Giants. He headed to China to meet with a factory (which) later became a 20-plus-year partner in manufacturing by hand a majority of the AGP bobbleheads.”

The Giants’ bobblehead was such a huge success that more sports teams followed San Francisco’s lead.

Bobbleheads have become so popular that the Los Angeles Dodgers planned to hold 18 bobbleheads promotions in 2020 before MLB’s season was put on hold due to the COVID-19 pandemic.

He is a member of Facebook groups that buy, sell and trade bobbleheads, and said bobblehead collecting can be a way to meet new people and bond with others.

“I’ve had people in the media industry who I’ve told, ‘Hey, I collect bobbleheads … and made a connection that way,” Santo said. 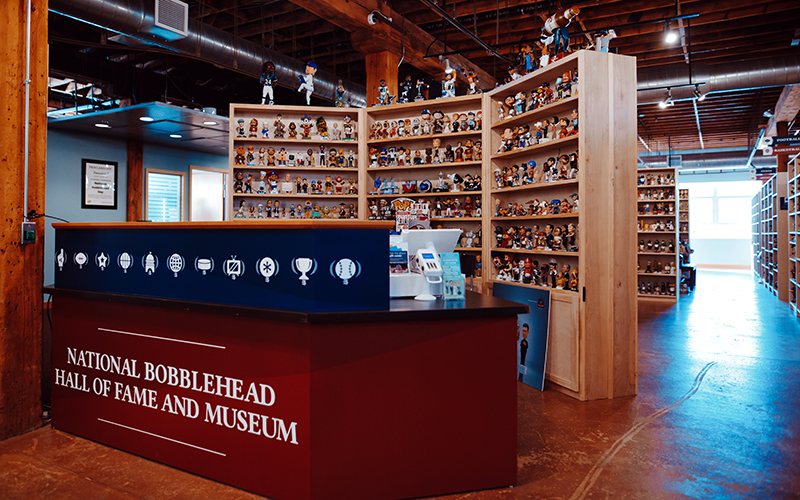 The National Bobblehead Hall of Fame and Museum opened in 2016 with a preview exhibit and then opened its permanent location in Milwaukee early last year.

During its first year, the museum welcomed visitors from all 50 states. It has even had celebrity guests, including actor Macaulay Culkin, who was in Milwaukee recording a social media video and stopped into the museum.

“That was definitely pretty cool,” said Phil Sklar, the co-founder and CEO of the NBHFM. “Especially since we’ve produced a series of ‘Home Alone’ bobbleheads.”

Sklar said the museum has somewhere between 10,000 and 11,000 bobbleheads on display.

It even held an induction ceremony for Pete Rose, who attended and can say that he is in at least one hall of fame.

Bobbleheads have become big moneymakers for teams at all levels of baseball.

“We probably get twice as many fans as we would compared to any other promotion, even t-shirts and hat giveaways,” Snodgrass said. “The lines we get hours before gates open for bobbleheads is unreal.”

At the major league level, bobbleheads are one of the most popular promotional items. 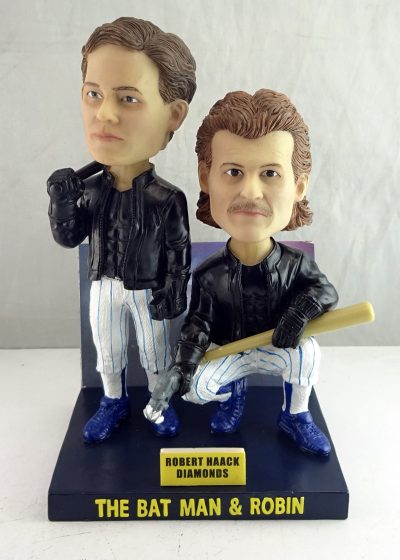 Jeff Golner, who was in charge of game operations for the Arizona Diamondbacks from 1997-2005, said the team started to give out bobbleheads after the success the Giants had with the Willie Mays bobblehead giveaway. He said bobbleheads quickly became one of the most prized promotional items for fans.

Golner said bobbleheads were so popular as a promotional item during his time with the Diamondbacks that fans would show up hours early to stand in line and endure the smothering Arizona summer heat just to be sure they got a bobblehead.

“We were having to execute an operational-logistics game plan for fans that showed up literally hours earlier,” Golner said. “They had to have this promotion, and we obviously want to deliver it. Sometimes in those summer months that could become quite problematic because of the heat factor.”

Kenny Farrell, the vice president of marketing and analytics for the Diamondbacks, said bobbleheads remain one of the most popular giveaway items. And he said keeping them fresh is important.

“We try to keep them unique, and try to find something that really ties in with the player,” Farrell said. “A few years ago, we did a Robbie Ray bobblehead and we put that with a strikeout meter.”

Santo said keeping bobbleheads unique and innovative is what will keep the craze going strong in the future.

“Maybe I’m not a sports fan, but I like this particular show or game or something. So I think they have to keep innovating and doing different techniques.”

These popular bobbleheads would surely nod in agreement.