The Suns’ purple and orange colors were important to Jerry Colangelo, who wanted the colors to reflect Arizona. Many have worn those colors, including Penny Hardaway. (Photo by Roy Dabner/AFP via Getty Images)

PHOENIX – As dusk falls, the sky above the city turns from baby blue to cotton candy, streaked with orange and purple.

Sunsets are one of the many things that Arizona is famous for, and the Phoenix Suns tapped into that imagery in 1968 to establish their identity as the newest member of the National Basketball Association.

Fifty-three seasons ago, on April 25, the team’s name was revealed, but not before much thought and community involvement.

Before the Suns’ first tip-off in 1968 at Veterans Memorial Coliseum, Phoenix had no major sport teams. The city was relatively small compared with other NBA cities, such as LA, New York and Boston. If Phoenix wanted to make an NBA splash, it needed to be done the right way.

That’s where General Manager Jerry Colangelo came in. To win over potential fans, he needed the public’s help. Colangelo, in partnership with the Arizona Republic, hosted a contest to help name the team.

The team needed something short and sweet, something that would be easy to fit in a newspaper headline.

Names started pouring in and, soon enough, a list with 28,000 names was compiled, including the Phoenix Cactus Cowboys, Jumping Beans, the Unicorns and Dudes. It included names that were too long, too wacky and some that were just too strange.

But Colangelo, with his marketing background, wanted to pick something that would embody the city’s character.

“He was serious about, as the first major professional team, that it was representing the city of Phoenix,” said Jim Brewer, a vice president in the organization between 1990-2005. “He understood the opportunity that a professional basketball franchise had in representing a growing community.”

The chosen name “Suns” was suggested by Selinda King, who won $1,000 and season tickets for the inaugural season.

“From the name to the colors, purple and orange – first of all, they were unique, no one was using them at the time – but it was also reflective,” Brewer said. “If you look at an Arizona sunset, it has a lot of purple and orange in it and again, it was reflecting a community. So between the Suns and the colors, that was his plan to make a pretty instant mark in saying “this basketball team is going to represent its community.””

“The name is perfect for Arizona,” said Alan Faygenblta, a fan who started going to games in the ‘90s. “It’s 120 degree weather. The colors are perfect. They couldn’t have done anything to better represent who we are as a state.”

At the time, Steven Martin was a 19-year old radio disc jockey at KNIX, a top 40 roll-n-roll radio station in Phoenix. He hosted several shows, was music director and more.

“It was kind of a crazy time because no one knew if basketball in Phoenix would work,” Martin said. “There was not any interest at most radio stations to even cover them, so they took guys like me who were working part-time and said, ‘‘You are going to cover the Phoenix Suns’… I wasn’t even a basketball fan. I got what’s called ‘the short straw.’ It was like, “OK, we need someone to cover the Phoenix Suns and Steve, you’re not doing anything, so you’re going.””

Soon, Martin found himself in a little office somewhere off Central Avenue where the announcement of the team’s identity would be made. Colangelo was there, as well as Suns coach Johnny Kerr and Harvey Shank, who would eventually become an executive vice president for the team.

“The announcement was made by a guy named Bob Vache, and Bob was the one who was their announcer in their first year,” Martin said.

The announcement was matched with excitement, but the success of the team was still dubious.

“The NBA was not what it is now,” Brewer said. “As to how I understand it, there was not a great deal of knowledge of what the NBA even was at the time, so there was a lot of education that Jerry and the Suns had to do initially for people to understand what this meant and what they were going to see.”

When the marketing train set out, the team needed to do everything they could to get fans to show up.

The first few seasons, the Suns would send players anywhere and everywhere there was a crowd so they could meet people and try to convince them to attend games.

The team knew the more that they were talked about, the more people would come. They even sponsored a charity league, the Phoenix Stars, mostly because “it came with a bunch of free advertising,” Martin said.

It was anything they could do to sell that one extra ticket, to fill one more seat. They wanted people to become familiar with them and know their name.

“The most important part was to plug the team,” Martin said. “The money is in the team….The players on the team are not what they try to sell. They try to sell, ‘We are the Phoenix Suns, we’re your team. Players come and go, but we are your team.'” 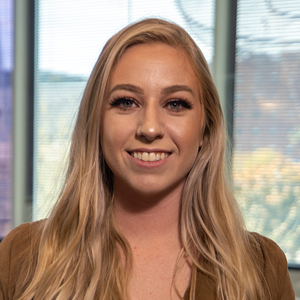