The talents of Arizona Diamondbacks pitcher Randy Johnson were on full display in 2002 with he struck out 17 batters in a Colorado Rockies game. (Photo by Roy Dabner/AFP via Getty Images)

PHOENIX – During the 1998 baseball offseason, the expansion Arizona Diamondbacks had just completed their inaugural season under the watchful eye of manager Buck Showalter, losing 97 games and finishing last in the NL West.

No chance that such a team would be in play for one of the biggest free agents on the market.

At least, that was the conventional thinking at the time – until Randy Johnson, the menacing 6-foot-10 left-hander who had already won a Cy Young award and finished among the top 10 in voting for the award four other times, shocked the baseball world and brought his heat-seeking fastball and a terrifying slider he nicknamed “Mr. Snappy” to the desert.

Both were on full display on a memorable August 21, 2002, outing against Colorado when Johnson struck out 17.

But first, on November 30, 1998, after 11 often dominant seasons with the Montreal Expos, Seattle Mariners and Houston Astros, Johnson signed a four-year, $52-million contract and became the ace of the Diamondbacks’ staff. He passed up offers from contenders such as the Rangers, Angels and Dodgers to join the fledgling Arizona franchise, the Associated Press reported.

His impact was felt immediately.

In the first of what would be eight memorable seasons in Arizona, Johnson led the upstart Diamondbacks to their first postseason appearance in franchise history, won the first of four straight Cy Young awards in Arizona and compiled a 17-9 record with a 2.48 ERA and 364 strikeouts in 271.2 innings. His ERA, strikeouts and innings pitched all led the National League.

But one day in particular stands out among the best of his regular season performances with the Diamondbacks. It was that April day when the big left-hander took the mound at what was then known as Bank One Ballpark against the Rockies.

It was an early season matchup, but the Diamondbacks had already shown dramatic improvement. The team entered the day with an 11-7 record, tied with the Dodgers in the NL West and 1.5 games behind the division-leading San Francisco Giants.

Just another day at the ballpark – except that Johnson was starting.

“Every time Randy Johnson was scheduled to pitch, I’d head to the ballpark wondering what record-breaking performance would I see from the Big Unit,” Diamondbacks radio broadcaster Greg Schulte said. “He never seemed to disappoint.”

He sure didn’t on that Sunday.

Johnson got off to an inauspicious start when Rockies center fielder Juan Pierre led off with a line-drive single to right field.

It would be one of just two hits Colorado would muster against Johnson. A passed ball by Arizona catcher Damian Miller allowed Pierre to advance to second base, and the speedy outfielder then swiped third a few pitches later.

A second passed ball by Miller during Todd Zeile’s at-bat allowed Pierre to motor home with the game’s first run. Johnson escaped without further damage, though. He fanned Zeile for his second strikeout of the game, then induced Todd Helton into a groundout that ended the inning.

In the bottom of the first, Rockies starter Shawn Chacon retired Tony Womack, Craig Counsell and Junior Spivey in order.

From that point on, though, the Diamondbacks and Johnson were in total control.

Steve Finley tied the game with a solo home run in the bottom half of the second. In the third through the fifth innings Johnson struck out six of the 10 batters he faced, and Arizona scored four more runs. An error by Helton, an RBI single by Luis Gonzalez, a solo shot from Miller, and a run-scoring single courtesy of Spivey allowed the Diamondbacks to build a 5-1 lead entering the sixth.

Meanwhile, Johnson’s teammates were beginning to suspect something big was happening.

“Nobody talks to the pitcher when they’re doing something special, everybody kind of stays away from him,” Gonzalez said. “Everybody just let him do his thing. Everybody stayed away and let him pitch and be the Randy Johnson that he is. He thrived on intimidation of the other team.”

The top of the sixth broke the string of five consecutive innings with at least two strikeouts for Johnson, but he still whiffed pinch-hitter Terry Shumpert to lead off the frame. A two-out triple by Juan Uribe followed by a walk issued to Zeile had Colorado threatening, but Johnson again induced a groundout from Helton to escape the inning.

Johnson struck out two more in the seventh, one in the eighth and two more in the top of the ninth to punctuate a two-hit, 17-strikeout masterpiece. His teammates tacked on a couple of more runs, and the 7-1 victory lifted Arizona into sole possession of second place, a half-game behind the Giants.

Johnson joined Pedro Martinez and Kerry Wood as the only pitchers in major league history to strike out at least 17 hitters in a complete game while allowing two or fewer hits and one or fewer walks, according to Baseball Reference’s Play Index.

To this day, no other left-handed pitcher has done it, and Washington right-hander Max Scherzer, who struck out 17 Mets in a no-hitter on September 3, 2015, is the only other pitcher to join the exclusive club since Johnson’s performance.

The dominant effort also contributed to a perfect 6-0 April for the Big Unit, a month that saw him limit the opposition to just eight total runs (seven earned) in 46 innings, good for a 1.37 ERA. He struck out 61 hitters and issued eight free passes in those six starts.

“High strikeout games were normal for Randy,” Schulte remembered. “Of course when you record a lot of strikeouts, your pitch count climbs. But that never bothered Johnson. He’d scowl and do a whole lot more if his manager came out of the dugout to go to the bullpen.

“He never wanted to leave a game he started. Best pitcher I’ve ever seen. And one of the best – if not the best – to ever pitch in the big leagues.” 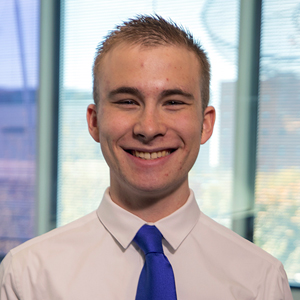