Keith Erickson (left) scored 31 points and Paul Westphal had 39 when the Phoenix Suns beat the Seattle SuperSonics in the 1976 conference semifinals to take a 3-1 lead in a series they would win to advance to their first NBA Finals. (Photo by Focus on Sport/Getty Images)

On Apr. 20, 1976, the Phoenix Suns won a pivotal Game 4 against the Seattle SuperSonics, 130-114, taking a commanding 3-1 series lead in the Western Conference semifinals before advancing to the first NBA Finals in franchise history.

Point guard Paul Westphal had a game-high 39 points, while small forward Keith Erickson scored 31 off the bench. Suns’ play-by-play man Al McCoy, who has been the voice of the franchise since 1972, remembers the raucous atmosphere that launched the series in Seattle.

“One of the big factors in that game was the series had started in Seattle at the Kingdome and there were 25,000 (fans),” McCoy said. “Seattle won the opening game, the Suns won the next on the road and then Game 3 at home. Everyone knew Game 4 could go a long way in deciding the series.”

Despite both teams scoring over 110 points, McCoy said one of the keys to the Suns’ winning performance in that game was slowing down the fast-paced Sonics. Seattle’s scoring was led by guard Fred Brown, who averaged 28.5 points in the series.

“In Game 4, the Suns really picked up defensively,” McCoy said. “Seattle had a team that really could move the ball well with Fred Brown. Downtown Brown they called him because he could score from anywhere on the floor. The Suns defense, though completely changed for Game 4.

“Coach John MacLeod had his team settle in and stop the running game, fast-break first idea of Seattle. The Suns forced them into much more of a half-court game. That was a huge factor in the game.”

MacLeod’s plan worked as the Suns forced 25 SuperSonics turnovers. On the offensive end, it was almost business as usual for a Phoenix team that averaged more than 113 points per game in the series, a feat even more impressive because the three-point line didn’t become a part of the game until the 1979-80 season.

“The Suns really had a basketball team that scored at will,” McCoy said.

It was the work that the organization did behind the scenes that led the Suns to new heights. General manager Jerry Colangelo and MacLeod made several key acquisitions including trading guard Dennis Johnson to the Boston Celtics for Westphal. Westphal averaged 20 points per game in five consecutive seasons after the trade.

With two draft choices, Phoenix selected shooting guard Ricky Sobers and Adams, who played center at Oklahoma under MacLeod and earned NBA Rookie of the Year and All-Star honors.

During All-Star weekend, Colangelo engineered another move, producing power forward Gar Heard from the Buffalo Braves in exchange for John Shumate. All these moves appeared to energize the team.

“They were a very well-balanced team,” McCoy said. “They had made a lot of changes prior to the start of the season and even the move to get Heard during it. All those moves really paid off.”

McCoy described the run as “magical” particularly after the Suns were able to defeat the defending NBA champion Golden State Warriors in the Western Conference Finals in a thrilling seven-game series, catapulting the organization to the NBA Finals.

On basketball’s greatest stage, Phoenix fell to the Jo Jo White, John Havlicek-led Celtics in six games. With the series tied at two games apiece, the Celtics outlasted the Suns in a triple-overtime thriller inside the Boston Garden, winning 128-126.

Despite falling short of a championship, McCoy believes that the team’s run altered the franchise’s course.

“At that time, one of the sportswriters covering the team for the Phoenix Gazette was Joe Gilmartin,” McCoy recalled. “After the playoffs that year he wrote a book about the Suns and the title of the book was “The Little Team That Thought They Could and Almost Did.” That was the confidence that the Suns team had.”

Forty-four years ago, before most of the greatest Suns ever stepped foot on hardwood, that 1975-1976 team laid the groundwork for the franchise. Before Charles Barkley, Steve Nash, Kevin Johnson, Amar’e Stoudimire, Shawn Marion, Larry Nance and Dan Majerle, it was MacLeod’s team that brought excitement and respect to Phoenix.

“Certainly in the early part of the Suns franchise, you would have to call this year a turning point for the club,” McCoy said. “That entire playoff run, going through Seattle, Golden State and then facing that great Celtics team, really electrified and made everybody in the Valley of the Sun a Phoenix Suns fan.” 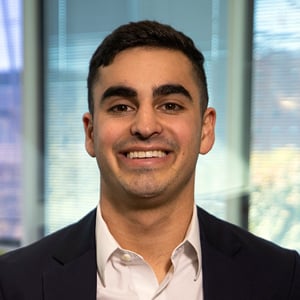