Luis Gonzalez joined an exclusive club in 2006 by compiling at least 300 home runs and 500 doubles in a career. (Photo by Jeff Gross/Allsport)

PHOENIX – On a Tuesday night in 2006 at Chase Field, the Diamondbacks’ Luis Gonzalez drove an RBI double off of San Francisco’s Matt Morris that hit the center field wall and landed Gonzalez on a distinguished list.

It was April 18, 2006, and the Diamondbacks had lost a one-run game to the Giants the day before.

But something else was weighing on Gonzalez’s mind. He knew that he was one double away from putting his name on an elite list of baseball players, and he wanted it to come at Chase Field.

Before that night, only 20 players in major league history had compiled at least 300 home runs and 500 doubles in a career. Gonzales had 499 doubles and his next two-bag hit would put him among the likes of Babe Ruth, Hank Aaron and Barry Bonds.

“Yeah, I mean, I don’t know how many games it took me to do it, but it was nice to do it in front of our home crowd,” Gonzalez said. “It was a special moment, you know, to an organization that has meant so much to me and my family.”

When Gonzalez stepped to the plate in the bottom of the sixth, teammate Chad Tracy was on first base. Gonzalez sent Morris’ second pitch off the center-field wall.

Tracy scored to tie the game, and Gonzalez pulled up at second as the crowd celebrated. The game was stopped to remove the second-base bag as a memento of the occasion for Gonzalez.

The double touched off a five-run sixth inning for the Diamondbacks, who went on to win, 7-4

“Not only does he get his double, it was a huge hit in the game,” Arizona manager Bob Melvin told reporters at the time. “We just kind of rolled along after that.”

Of course, Gonzalez remembers the night well, and the base that was removed is now on display at his home. “It is sitting here in my game room,” Gonzalez said. “They put it in a nice, I want to say not a frame, but just like a floor stand that has baseball cards of all the other guys that have 300 plus home runs and doubles.”

After retiring from baseball, Gonzalez found another way to remain involved in the game. He works for the Diamondbacks as a senior advisor to the president and CEO, Derrick Hall.

“He is self-motivated, and I think there is an inner fire that is necessary for those who are truly great to achieve the levels that they hope to,” Hall said. “When I look at Gonzo, he is somebody who is motivated by success, and he motivates others around him.”

Gonzalez may not be playing baseball anymore but he brings the same approach to his current position in the Diamondbacks organization.

“I look at him, as a player he always got the most out of his teammates because he got them on the same page and made them understand what the universal and collective goal should be,” Hall said. “As an individual, it’s very much similar. He’s very competitive in spirit, as he was as an athlete, and so everything he does in life is a competition that he wants to win.

“So with that, he puts in the extra effort and he encourages everyone else around him to be even greater.”

Gonzalez became the first former Diamondbacks player to have his number retired on August 7, 2010. His No. 20 is on display on the right field façade at Chase Field. 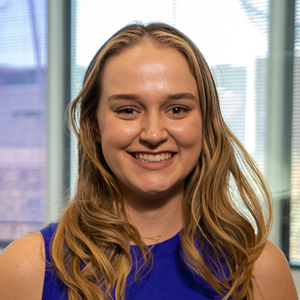