A federal relief program to help small businesses stay afloat during the COVID-19 shutdown turned out to be too popular: The $349 billion Paycheck Protection Program ran out of money in less than two weeks. As Congress fights over a plan to add $251 billion, all business owners can do is wait. (Photo by Chris Campbell/Creative Commons)

WASHINGTON – Mesa business owner Savannah Sanders said it felt like getting “a bomb dropped on you”: Shortly after being approved for a loan to keep her business afloat, the bank said the federal loan program was out of money.

Now Sanders, like business owners across the country, will have to wait while Congress wrangles over plans to add another $251 billion to the original $349 billion in the Paycheck Protection Program.

Under the program, businesses can get government-backed loans through approved banks, with loans being forgiven if business owners can show they used the money to keep their workers employed.

The program launched April 3 to overwhelming demand amid nationwide business shutdowns in response to COVID-19 and it was clear almost immediately that the fund would soon run out of money. The program was also plagued by shifting regulations as small business owners flocked to apply for federal dollars.

Lawmakers and officials on both sides of the aisle called for a quick solution to the problem this week, and Rep. Tom O’Halleran, D-Sedona, said Friday he expects the program to be funded “today or tomorrow.”

But problems emerged last week when a GOP plan to add the extra PPP funding stalled in the Senate, as Democrats called for the bill to help other relief programs that are also running out of money and to include fixes to the small business loan program.

Senate Majority Leader Mitch McConnell said he was surprised Democrats balked at his “simple proposal,” to add the extra $251 billion without “changing any policy language that both sides have already negotiated together several weeks ago.”

“I want to add more money to the only part of our bipartisan bill that is currently at risk of running out of money, so I was surprised to see this simple proposal met uneasily by the Democratic leadership,” McConnell said in remarks April 9 on the Senate floor.

But Democrats charged McConnell with refusing to negotiate over other issues they want fixed alongside the extra money for PPP. O’Halleran and others rejected McConnell’s “our way or the highway” attitude, pointing to glaring “problems in the system that have to be addressed.”

One such problem, he said, was that banks partnered with the Small Business Administration were giving preferential treatment to larger businesses.

“It was a free-for-all,” O’Halleran said. “There’s way too much ability of the banks to turn into, ‘We’ll take care of our customers first and the heck with anybody else,’ that has to stop.”

Amanda Fischer, policy director at the liberal think tank Washington Center for Equitable Growth, said Congress needs to make the program more fair and equitable, pointing to reports of large businesses taking advantage of the program because of their resources.

Sanders, a women’s trauma coach, said she noticed this trend in a Facebook group of small business owners trying to receive a PPP loan. 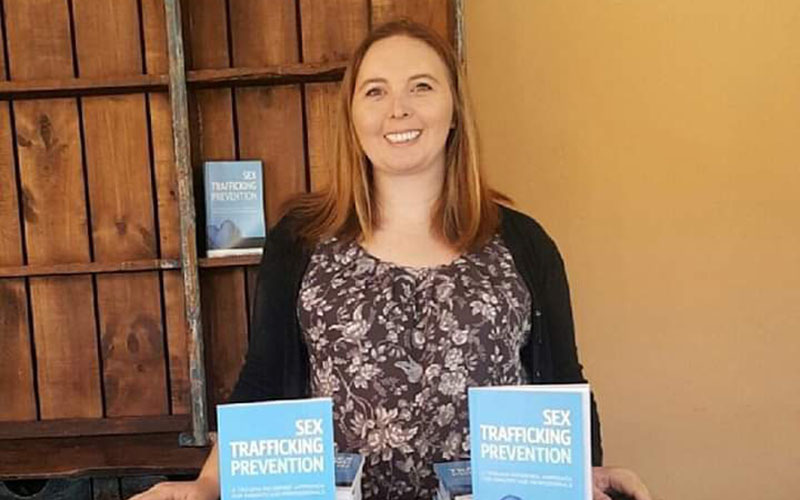 Mesa business owner Savannah Sanders was approved for a loan she needs to keep her business running, only to learn the federal relief program backing the loan had run out of money. (Photo courtesy Savannah Sanders)

“It looks like most of the people that got funding early on were bigger companies,” Sanders said. “The sole proprietors and the single people with 10 employees and under were not picked.”

But in a statement Friday, Treasury Secretary Steven Mnuchin and SBA Administrator Jovita Carranza pointed to data that they said prove small businesses have an equal shot at receiving a PPP loan.

“The vast majority of these loans – 74% of them – were for under $150,000, demonstrating the accessibility of this program to even the smallest of small businesses,” their statement said. “The Paycheck Protection program is saving millions of American jobs and helping small businesses get through this challenging time.”

But Fischer said there are reports that fast-food chains and other large, publicly traded businesses were getting approved for loans.

“Because of the way that the eligibility rules were written, these big publicly traded corporations can qualify through some loopholes,” Fischer said. “It looks like they have availed themselves of a lot of the money.”

While the stalemate over additional funding is “frustrating,” Fischer lauded Democrats for “trying to rejigger the second pot of money to make it a bit more equitable.”

“If we don’t make this small business program bigger and also really target it to the folks that need it most, we are going to be coming out the other side of this coronavirus with a very lopsided economy that will have long lasting implications,” Fischer said.

Meanwhile, all Sanders can do is wait and hope.

“Hopefully, the money will come in this week,” she said. Until then, “I just can’t pay my bills, I can’t handle any of the stuff that I need to in my business.”